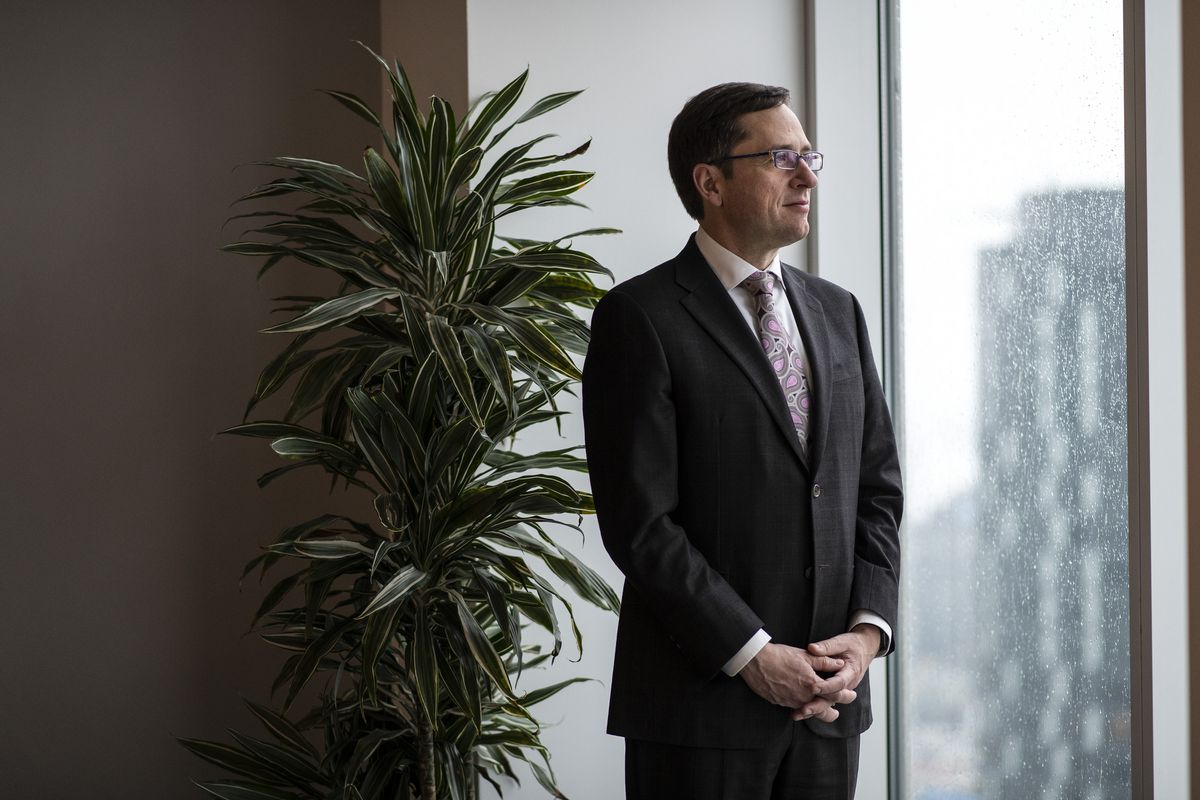 In 2020, major stock market indexes around the world climbed a wall of worry – exhibiting remarkable resilience.

The S&P/TSX Composite Index is trading just 2 per cent less than its record high and is closing out the year with an impressive broad-based rally of 9 per cent so far in the fourth quarter.

Will stocks continue to charge higher next year on the reopening of economies worldwide?

For his thoughts on this question, The Globe and Mail spoke with Kurt Reiman, BlackRock’s chief investment strategist for Canada. Back in March, when the S&P/TSX Composite Index plunged to its lowest levels for the year, Mr. Reiman recommended raising stock allocations to countries such as the United States and China while remaining underweight in European equities, which turned out to be great calls.

Here’s how he believes investors may want to position their portfolios for success in 2021.

What do you believe will be the dominant themes for 2021?

Normally, in an environment of improving economic growth and reflation, you would expect interest rates to rise, but instead we expect central banks will maintain easy financial conditions even as output gaps narrow and labour markets heal. I think central banks are going to maintain, and maybe even increase, their asset purchases because of high government deficits and elevated funding needs.

What we are expecting in 2021 we call the “new nominal,” which is the reflation in economic activity, an increase in inflation, but nominal bond yields will not necessarily rise as much as they would in a traditional type of recovery and that implies more deeply negative real interest rates – the principal ingredient to our pro-risk stance for next year.

It’s the recovery in economic activity alongside declining real rates that supports valuations and this underscores our move to overweight stocks as we head into next year.

Given your pro-risk position, do you favour small-cap stocks compared with large-cap stocks?

Small- and mid-cap companies tend to be more exposed to sectors of the economy that would see a benefit from a pickup in global demand, like industrials and materials.

What sectors do you anticipate will emerge as the leaders and laggards next year?

The technology sector stands out. We think what is going to continue to drive equity markets higher is what we call the turbocharged transformations that have been assisting the growth in global markets. Five years ago, tech was only 3 per cent of the S&P/TSX Composite Index, now it’s over 10 per cent. We would be focused on accelerated demand for software and e-commerce, which has been at the heart of the rather flourishing Canadian tech sector.

There are some sectors in the Canadian equity market that I think still have some serious headwinds – the financials and energy sectors being ones that would tend to rise but less so. Energy companies are facing limited production growth and oversupply conditions for a fair amount of 2021. On top of that is the structural transition to a low-carbon future.

As you highlighted, the technology sector is still a relatively small weighting in the S&P/TSX Composite, so what other sectors may deliver strong returns for investors?

For Canadian investors, they are still going to have to spend much of 2021 focused on opportunities outside of Canada.

When you think about this growth versus value debate and you think specifically about the growth side of the ledger, the opportunity set is much greater in the U.S. and in emerging markets than you are going to find in Canada.

It’s not just technology, it’s also areas like health care and communication services. Health care and technology tend to deliver a higher return on equity than the broader market, and those tend to be in greater abundance in the U.S. and in emerging markets relative to what you find domestically.

So I think that this is going to be a continuation of the last couple of years, where investors have been rewarded for having an increased international allocation.

North American stock markets are flirting near record highs with some investors arguing that stock markets are overvalued. Do you believe earnings will grow to justify high valuations or are higher multiples the new norm?

Revenue and earnings growth should be easier to come by for global companies driven by the restart of economic activity, and also comparisons to 2020 will be easier. I do think that some of that is already reflected in today’s valuations.

It’s not just the growth in earnings, but it’s the ability of companies to be able to surprise positively relative to those growth estimates. We’re expecting most economies to return to their 2019 levels of growth by the middle of next year, sooner than what we see in consensus estimates, which should be supportive for continued upside surprises on revenue and earnings growth.

What is your outlook for bonds?

We are expecting an improvement in economic activity and an increase in inflation, but that’s more over the medium term. The consequences, though, are critical for investors, and it requires portfolio allocation changes now, even if inflation doesn’t start to show up for some time.

In our view, investors should take this opportunity to reduce their exposure to fixed-rate Government of Canada bonds and look to real return bonds as a substitute.

I think it also highlights the quality of income that you are getting from the stock market and the importance of dividends and especially dividend growth. I think also it highlights the importance of looking further afield to generate income in a yield-starved world. Although it may not be appropriate for all investors, generating some additional income in the portfolio may require taking more risk. In our view, investors are rewarded for that risk in places like the high-yield bond market or emerging markets fixed-income.

Why should investors even hold bonds when, for instance, they can purchase an ETF that replicates the S&P/TSX 60 Index and has a current dividend yield of approximately 3 per cent?

Opportunities in fixed income are far more limited than ever before.

The reasons for owning government bonds were threefold. First, income. Second, capital appreciation. Third, diversification. It’s hard to find any of those legs of the stool. Income is not there. For bond yields to fall further, we would probably need to see rather weak economic activity, and recently, I’m thinking back to September when there was this temporary risk-off moment, the bond market didn’t even budge so the diversification piece is also under question.

I think this encourages a rethink of the traditional 60-40 portfolio and what investors hold in that portfolio to reach their target objectives. It likely means if investors are not willing to cut their [return] objectives, it means effectively taking on more risk in the portfolio. We think that is a sensible thing to do in 2021 because of the economic restart and the support that policy makers are likely to continue to give as the restart unfolds.

With millennials making up the largest part of the work force and their growing investing power, what paradigm shifts may we see in investment strategies?

I think this generation is going to be the driving force behind a shift to companies that achieve the best in class results and disclosure on environmental, social, and governance criteria.

It’s not just millennials but also large institutional investors are pivoting their portfolios.

How long do you think the Bank of Canada will leave interest rates unchanged?

I think the Bank of Canada stays on hold for the foreseeable future. In fact, there may be a point where they have to think about the impact the Canadian dollar appreciation on export industries and that may be something they have to think about sooner rather than later. I don’t think the Bank of Canada is going to raise interest rates until 2023 at the earliest.

There’s a lot of money on the sidelines in money market funds just waiting to be deployed. Do you believe this provides a bullish backdrop for stocks?

In U.S. election years, oftentimes there’s an increase in allocations to money funds. That was true this year because it wasn’t just an election year but we also had the uncertainty that was caused by the global pandemic.

The Canadian dollar is steadily trending higher to levels last seen in 2018. What are your expectations for the loonie?

As long as the Canadian dollar is appreciating because of good global growth conditions, improvement in oil prices, and a recovery in risk assets, then I think that is okay. But at some point, not too far from where we are now most likely, a stronger Canadian dollar could start to complicate Canada’s economic growth and it could weight on exports.

Another important theme that relates to the Canadian dollar is the idea of globalization. We’ve just been through three/four years of rather unpredictable trade policy. In the next several years, we think the U.S. is going to return to working more closely with allies and we’ll see less of a threatening stance on international trade. That’s important for Canada, supportive for business investment, and could be supportive for the loonie.

I don’t think there’s unlimited upside, it’s modest from here. The loonie could hit 80 cents in 2021.