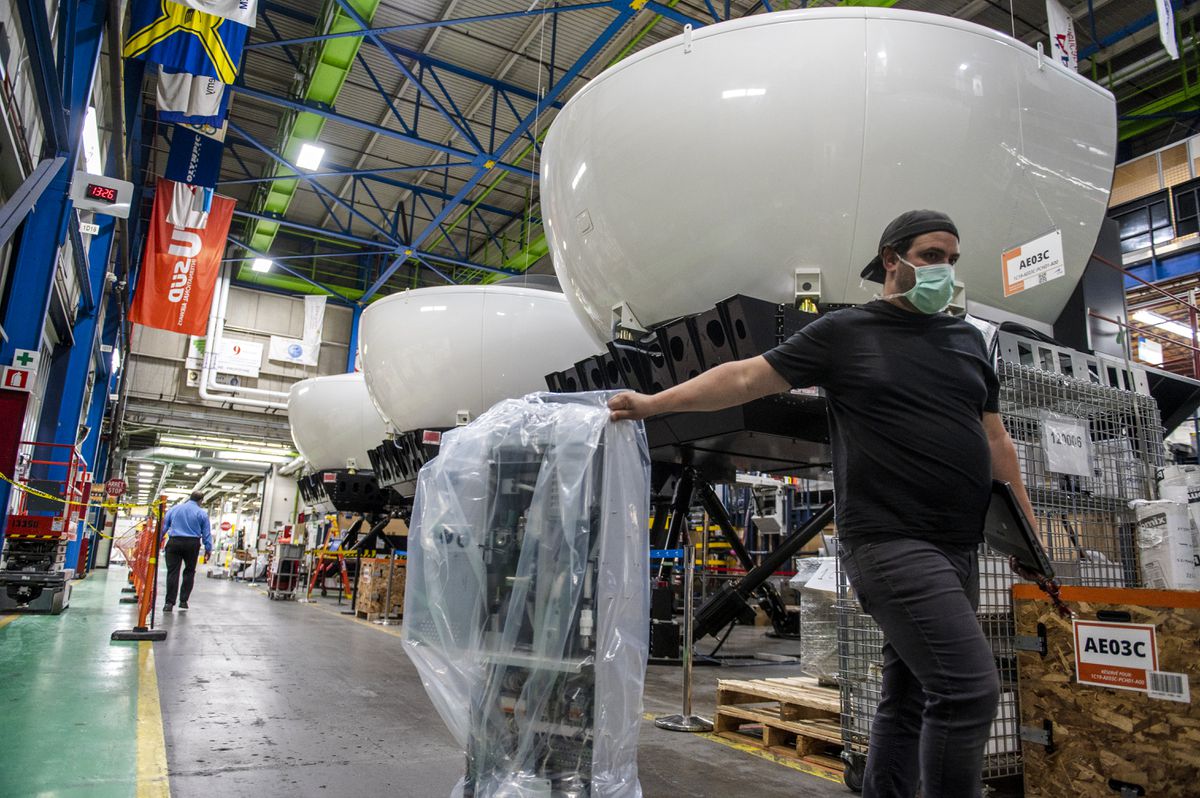 While he sees Sandstorm Gold Ltd.’s (SAND-N, SSL-T) Hod Maden project in Turkey as a “a high quality development opportunity that could generate material growth longer-term, balanced by unique risks and a disproportionate future contribution,” RBC Dominion Securities analyst Josh Wolfson expects a decline in production at its royalty asset base.

That led him to downgrade the Vancouver-based company to “underperform” from a “sector perform” recommendation.

“We anticipate mine life extension across SAND’s portfolio; however, production declines are a near-term risk at three key assets — Santa Elena as non-royalty ore displaces mill feed, Chapada as mill operations may experience downtime to facilitate an expansion, and Cerro Moro as grade declines — which combined comprise 50 per cent of production,” said Mr. Wolfson. “Depletion is also a near-term risk at smaller non-core assets, such as Karma and Bracemac-Mcleod, which combined are 10 per cent of production.

The analyst expects Sandstorm’s growth to be linked to Hod Maden’s output, which will be increasingly its dominant source of cash flow. However, he notes ” permits remain outstanding, geopolitical risk in Turkey has increased over time, and cost inflation has become an industry factor.”

He trimmed his target for its share by US$1 to US$7. The current average on the Street is US$10.21, according to Refinitiv data.

On Sunday, Brookfield and his partners announced the deal for the infrastructure services company, which is backed private equity firm TDR Capital. It will funded with approximately US$1.6-billion of equity and the remainder being assumed debt.

Mr. Foscolos sees the price as “likely fair given the high-quality fundamentals and positive macroeconomic trends underpinning the business, with upside to come from continued growth.”

He added: “Modulaire checks many of BBU’s boxes for desirable business fundamentals, including (a) market leader, (b) stable, diversified cashflows, and (c) opportunities for tuck-in acquisition growth and operational enhancements. BBU also believes that demand trends for flexible modular spaces that limit the environmental footprint are secularly positive.”

Seeing Brookfield continuing to offer “significant upside from potential monetizations of high-quality assets in its portfolio,” the analyst raised his target for Brookfield shares by US$1 to US$53, keeping a “buy” recommendation. The average target on the Street is US$49.50.

Though Desjardins Securities analyst Gary Ho said he was “surprised” by Mosaic Capital Corp.’s (M-X) deal to be taken private, he thinks it is a “decent outcome for the company.”

Before the bell on Monday, the Calgary-based firm announced a deal to be acquired by 356340 Alberta Inc., a newly formed private company owned by an entity controlled by Fairfax Financial Holdings Ltd. (FFH-T) and MCC Holdings Ltd., for $5.50 per share, a 61.7-per-cent premium to Friday’s close.

“Given the attractive valuation, premium offer price to the 20-day volume weighted average price, existing relationship with Fairfax and the board’s review of alternatives throughout 2018–20, we ascribe a low probability to competing bids,” said Mr. Ho.

Graph Blockchain Inc. (GBLC-CN) is an “up-and-coming player in decentralized finance,” according to H.C. Wainwright and Co. analyst Kevin Dede.

“Graph Blockchain offers investors expert due diligence and diversified staked crypto investment at a scale and understanding that might be greater than what might be available to the average retail investor,” he said.

Though he said the Toronto-based firm “presents an interesting, diversified mix of staked crypto, and exposure to DeFi,” he initiated coverage with a “neutral” recommendation, warning its business “has yet to fully materialize” and it has not issued formal financial reports on its staking activities.

Currently the lone analyst on the Street covering the stock, He did not specify a target for Graph shares

“While we are initiating coverage on Graph Blockchain with a Neutral rating and no price target, we are bullish on the long-term prospects within the space,” the analyst said. “Our cautious nature stems from a lack of operating history, exemplified by the zero revenue posted for FY20, down from 2019 revenue of $2.2-million, and the untested shift to the altcoin and NFT operating model. We forecast FY22 income of $120.1-thousand based on staking the four separate altcoins Graph holds, noting that income derived from staking can fluctuate wildly, and we lack historical visibility.

“However, the underlying support for our thesis stems from our bullish posture on cryptocurrencies in general, and the functionality altcoins brings to aspects of finance that we believe can supersede legacy financial systems, or at least gain market share. The seemingly infinite DeFi applications developed have potential to continue to grow exponentially, we think. An investment here, we think, pushes the boundaries of speculation given risks of investment that include all those associated with volatile cryptocurrencies, including price, while also including hacking and other exposures exclusive to digital activities. Graph too, is not immune to a standard list of risks, such as dilution, operating, regulation, and currency exchange.”

“While 2Q sales fell short of expectations due to industry headwinds, the 135-per-cent quarter-over-quarter increase gives us confidence that the quarter represents an inflection point for accelerating sales growth,” he said. “This, combined with a second consecutive quarter of better-than-expected gross margin, makes us optimistic the company can reach positive EBITDA sooner than we had forecast.”

* In response to Monday’s release of its multi-year guidance, Desjardins Securities analyst John Sclodnick raised target for Karora Resources Inc. (KRR-T) to $5.75 from $5.65 with a “buy” rating, while Stifel analyst Ian Parkinson raised his target to $6.60 from $5.85 with a “buy” recommendation. The average on the Street is $6.31.

“Karora is one of our favourite gold producers for its fully funded growth profile in Western Australia, with clear takeout potential based on its massive land package among larger producer,” Mr. Sclodnick said. “It also trades at an attractive valuation but we expect that will change with the increased confidence investors should have on the company’s near-term cash generation potential.

* Following the release of an NI43-101 technical report on the Blyvoor gold mine in South Africa, Canaccord Genuity analyst Carey MacRury raised his target for Nomad Royalty Co. Ltd. (NSR-T) to $16 from $15.50, reaffirming a “buy” rating. The average is $18.47.

“Our target multiples are at the lower end of the 1.8-2.75 times NAV and 16-27 times EBITDA range we use for the royalty/streaming companies given Nomad’s high concentration of private assets with limited visibility, unproven key assets in ramp-up mode, and concentrated share ownership,” he said. “We see the potential for Nomad’s valuation to re-rate higher toward its peers as Blyvoor ramps up, Woodlawn restarts, and as the company continues to grow and widen its shareholder base.”