The myth of the green hydrogen revolution 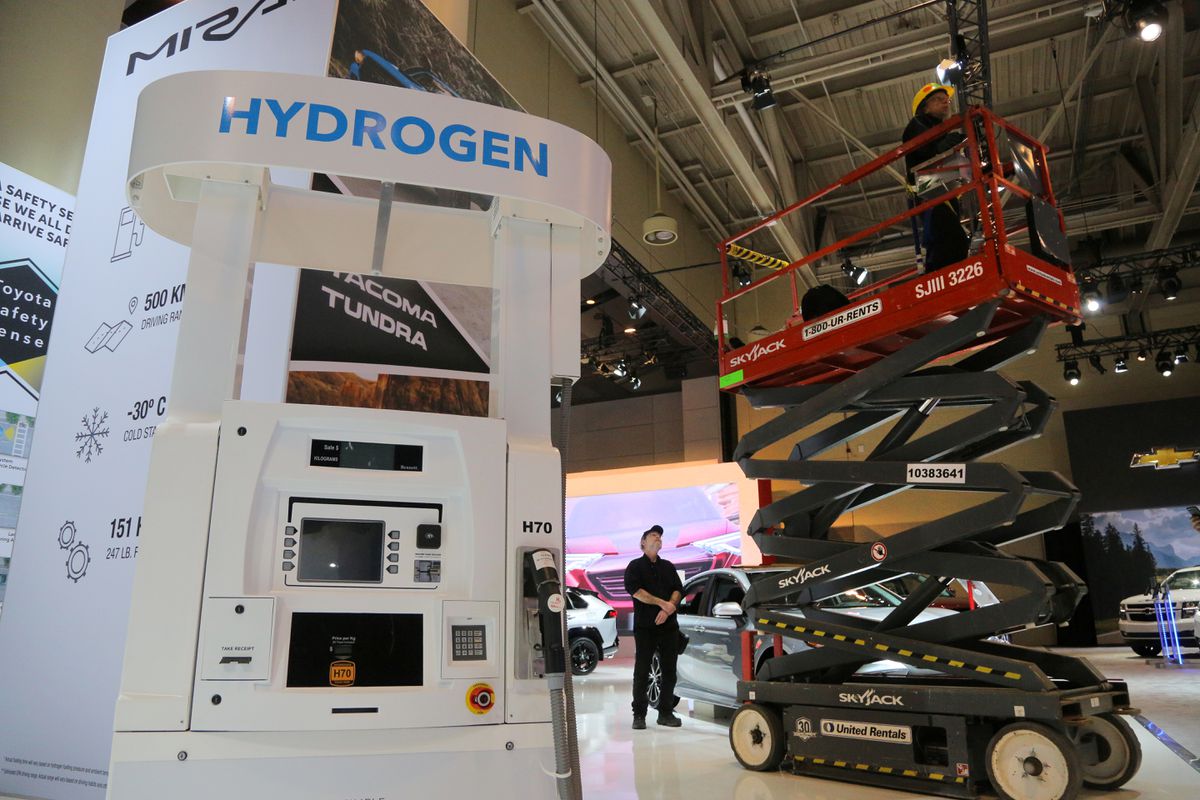 Making hydrogen was always one of the most boring science experiments in high school.

We’d attach paper clips to a nine-volt battery, creating a makeshift anode and cathode, submerge the clips in a cup of water and watch hydrogen bubbles form as electric current passed through the liquid. The only remotely interesting tidbit about the experiment was learning that hydrogen is highly flammable and torched the Hindenburg in 1937, an image that still haunts the pages of disaster chronicles.

Scroll forward a few decades and hydrogen is the hot new commodity, the talk of the energy and investment markets, the saviour of our carbon-clogged planet.

Stories about hydrogen have migrated from the nerd press to the mainstream media, and hydrogen-related companies have hit the market with dot-com-like enthusiasm. Governments everywhere are putting hydrogen, which emits no carbon when it’s burned, at the centre of their net-zero emission goals. We might not see hydrogen-filled zeppelins again, but we will see hydrogen-powered cars and ships and industrial processes such as steelmaking and cement production.

The hydrogen economy is coming – there’s no doubt. But there is no hydrogen revolution. Ignore the hype – it’s a slow burn, and the hydrogen we now produce is dirty. It is part of the problem, not the solution. Investors should nonetheless pay attention, because slow burns can produce money-making opportunities. A cleaned-up hydrogen value chain will have to be built.

As a fuel, hydrogen was used to power the first internal combustion engine 200 years ago. It was also used as rocket fuel for the Apollo moon shots in the 1960s. Then it more or less vanished – endless cheap oil ensured its fringe status.

Today, hydrogen is made in pretty big quantities for ammonia-based fertilizers and other industrial products through a process called electrolysis, which splits water into hydrogen and oxygen. Too bad all but 0.2 per cent, or less than 100,000 tonnes a year, is so-called green hydrogen. The electricity needed to produce green hydrogen comes from renewable sources, such as hydroelectric, wind and solar power.

Almost all the rest is grey hydrogen, which means the power to produce it comes from burning hydrocarbons – coal and natural gas. The International Energy Agency says hydrogen production spews out 830 million tonnes of carbon dioxide a year, equivalent to the combined emissions of Britain and Indonesia. The point being, green hydrogen has to replace grey hydrogen if we are to meet net-zero goals.

But how? Ambienta, an Italian ESG fund that has built a thick file on the hydrogen industry, thinks that effort will happen at a slow pace. “The technology is available but it’s not economically viable,” said Fabio Ranghino, Ambienta’s head of strategy and sustainability.

In a report, the fund said turning the current 70 million tonnes of annual hydrogen production from grey to green would require an 8,000-fold increase in the collective capacity of electrolyzers, the systems that break water into hydrogen and oxygen. Powering those electrolyzers would require massive increases in renewable power, since every kilogram of green hydrogen requires 50 kilowatt hours of electricity.

Ambienta calculated the electrolyzers would consume the equivalent of all the world’s installed renewable energy capacity. The calculation assumes that current green hydrogen production will remain static. Were it to go to 400 million tonnes a year to clean up the steel, cement, aviation and shipping industries, global renewable energy capacity would have to rise eightfold.

The tab would be many trillions of dollars, and building such capacity might meet enormous political resistance, even if governments today dream of a hydrogen economy. Blanketing the planet with solar panels and wind farms and plugging every river with dams for hydroelectric power to provide green hydrogen to a few industries such as steel and cement might not sit well with the rest of the business world. Tesla, for instance, might want some of that juice to charge its cars.

The slow and expensive pace of scaling up green hydrogen capacity does not mean investment opportunities will be scarce; it just means that fossil fuels will continue to dominate hydrogen production for many years, decades even. For investors, the trick will be to find companies that will try to shorten grey hydrogen’s lifespan.

Hundreds of private and public companies are picking their spots in the green hydrogen value chain. Renewable energy companies will certainly benefit over the long term. So will ones that will build hydrogen infrastructure and power generation.

One of them is Ceres Power, a British company that makes fuel cells. Ceres has captured the imagination of some ESG funds, and its shares have climbed 280 per cent in the past year, taking its market value to £2.1-billion. Another stock market star is Norway’s Nel, which makes systems to produce, store and distribute green hydrogen.

Industrial gas companies such as Linde and Air Liquide are moving into the hydrogen game. And for Canadian investors, fuel cell pioneer Ballard Power is very much alive and well. Its shares have almost doubled in the past year. Spotting the winners will be difficult, all the more so because the green hydrogen economy’s rollout will be a lot slower than advertised.