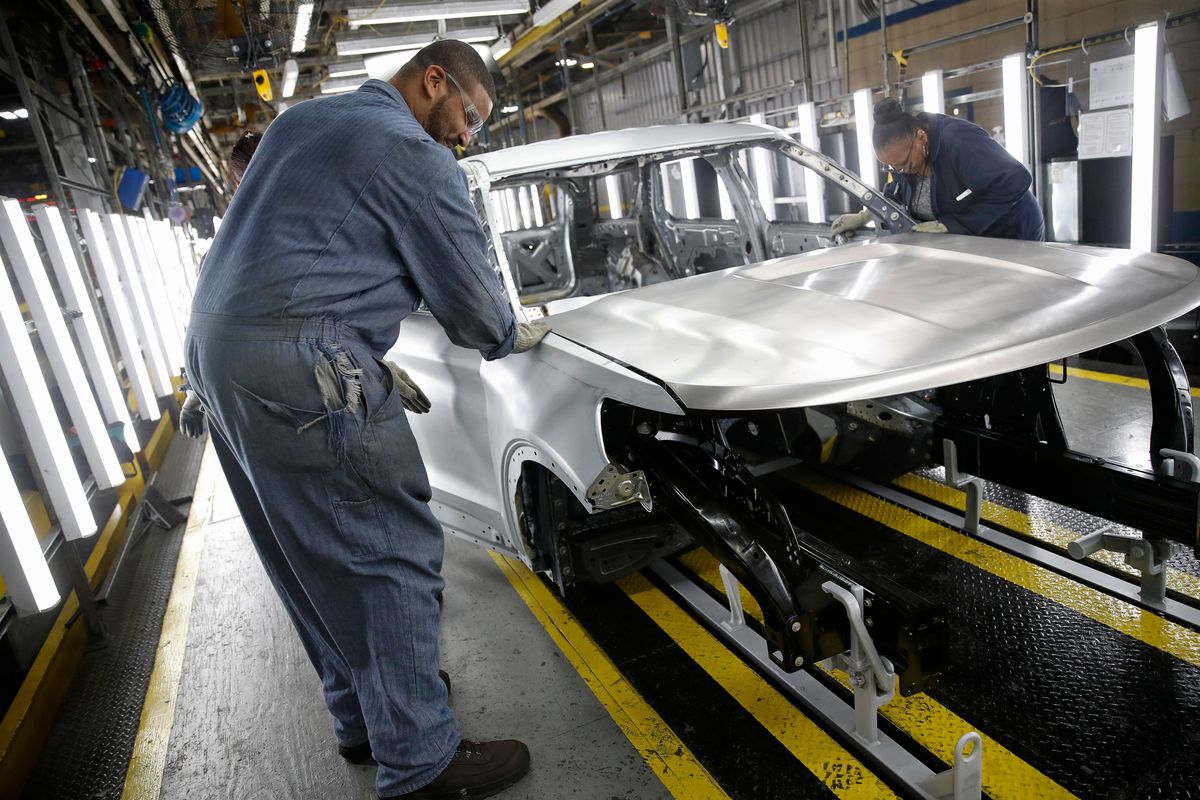 U.S. manufacturing activity slowed slightly in January, while a measure of prices paid by factories for raw materials and other inputs jumped to its highest level in nearly 10 years, strengthening expectations inflation will perk up this year.

The moderation in activity reported by the Institute for Supply Management on Monday reflected a flare-up in COVID-19 infections, causing labor shortages in factories and their suppliers, which the ISM said “will continue to restrict the manufacturing economy expansion until the coronavirus crisis abates.” Manufacturing and housing are anchoring the economic recovery from the pandemic.

“It’s another reminder, not that we need one, the vaccine rollout has a long way to go before COVID loses its place as the biggest risk to economic growth,” said Chris Low, chief economist at FHN Financial in New York.

The ISM’s index of national factory activity fell to a reading of 58.7 last month from 60.5 in December. A reading above 50 indicates expansion in manufacturing, which accounts for 11.9% of the U.S. economy. Economists polled by Reuters had forecast the index at 60 in January.

Manufacturing has been driven by strong demand for goods like electronics and furniture as 23.7% of the labor force works from home because of the coronavirus outbreak. But spending on long-lasting manufactured goods fell for a second straight month in December, government data showed on Friday.

With the distribution of vaccines to fight the coronavirus expected to broaden and accelerate, spending on services is likely to pick up by summer. That could cause a slowdown in manufacturing activity from current levels. Still, a contraction is unlikely as customer inventories fell to an 11-year low in January. Factory stocks are also very lean.

A separate report on Monday from the Commerce Department said construction spending increased 1.0% to $1.490 trillion, the highest level since the government started tracking the series in 2002. That followed a 1.1% jump in November.

Stocks on Wall Street were trading higher following a sharp sell-off last week. The dollar rose against a basket of currencies. U.S. Treasury prices were lower.

Food producers reported that “labor continues to be one of our largest challenges.” Machinery manufacturers complained about “significant cost increases in logistics and raw materials.” Makers of miscellaneous goods reported “an increase in employees testing positive for COVID-19, negatively impacting manufacturing.”

The ISM’s forward-looking new orders sub-index fell to a reading of 61.1 last month from 67.5 in December. Export orders at factories also moderated. Despite the cool-off in orders, factories increased hiring last month.

The survey’s manufacturing employment gauge rose to 52.6 from 51.7 in December. That raises hope for a rebound in hiring this month after the economy shed jobs in December for the first time in eight months. According to a Reuters poll of economists, the government’s employment report on Friday is likely to show nonfarm payrolls increased by 50,000 jobs in January.

Job losses have been disproportionately in the services industry.

“The structural mismatch between those who are out-of-work, primarily service workers, and those looking to hire, manufacturers, is a key reason why our forecast shows a more gradual jobs recovery than an otherwise robust rebound in output would suggest,” said Sarah House, a senior economist at Wells Fargo Securities in Charlotte, North Carolina.

Bottlenecks in the supply chain worsened, with suppliers struggling to meet factory needs. That drove costs for manufacturers even higher. The survey’s prices paid index jumped to a reading of 82.1 last month, the highest since April 2011, from 77.6 in December. Coming in the wake of recent data showing a rise in consumer prices and labor costs, it supports predictions of a pickup in inflation in the coming months.

“It could be interpreted as a sign that inflation pressures are becoming a broader issue for the economy,” said James Knightley, chief international economist at ING in New York. “While we think it is too early to be especially concerned, we do predict that headline inflation will rise above 3% and core inflation above 2.5% in coming quarters.”

But high unemployment could limit manufacturers’ ability to raise prices. Employment is still 10 million jobs below the pre-pandemic peak.