How Manulife CEO Roy Gori unintentionally prepared for a pandemic 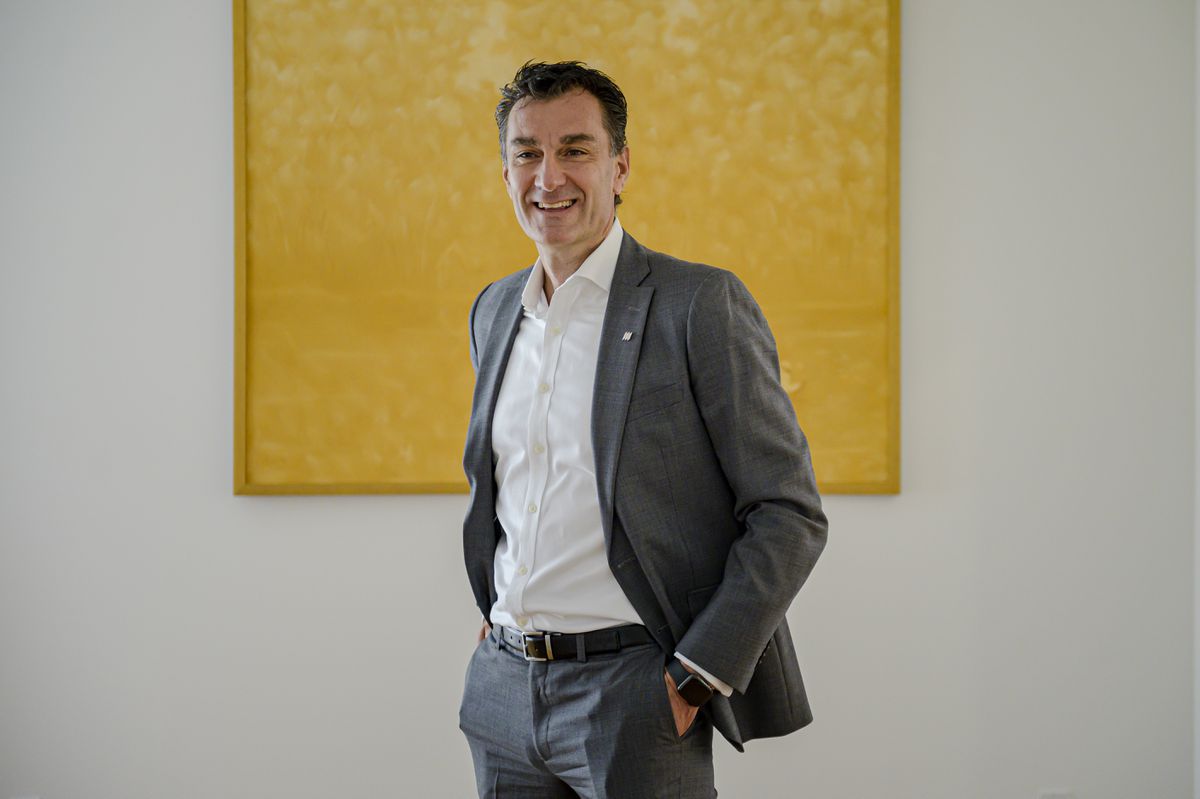 When markets fell drastically last March – the worst decline since the 2008 financial crisis – Roy Gori was able to worry more about sick employees than a sick balance sheet.

Manulife’s chief executive officer – who stepped into his role in 2017 – has helped reduce the company’s sensitivity to market swings. At the end of 2019, the company had freed up about $5-billion in capital, putting it three years ahead of its target of 2022. At the same time, he had begun pumping money into new technology initiatives to create digital applications for quicker, simpler products.

Mr. Gori didn’t launch either initiative knowing that the world would be racked by a pandemic. But as 2020 comes to a close, he realizes the work he has been doing his entire tenure has helped Manulife (MFC-T) survive this crisis.

“With the work we had already done, at least that ball – our financial security – was out of the air for us,” Mr. Gori said during a recent interview with the Globe.

Manulife’s financial preparations were tested as the insurer saw the pandemic sweep through all of its businesses, starting with the early spread in Asia, where it has 13 operations. That was followed quickly by effects on its life, health, and travel insurance operations. All the while, the company was also closing offices and sending thousands of employees home.

Now, as vaccinations for COVID-19 begin to roll out across the globe, Mr. Gori still doesn’t think the crisis is over. The vast majority of Canadians could be waiting months before receiving an immunization.

“It is incredibly encouraging to see the recent news on the vaccine … but I don’t think we can simply rely on the vaccine and think that everything is good,” Mr. Gori said. “Testing, masks, contact tracing, and quarantining are all really critical and will continue to be critical for the next two quarters, or possibly longer.”

Sitting in his home office over a video conference call, Mr. Gori said that while he is the type of person who craves being around people and misses face-to-face collaboration, he is in no rush to bring his staff back to offices.

“There is still a lot of anxiety about getting back into the office so we certainly aren’t on a big agenda to push that anytime soon,” he says.

When the pandemic hit Canada in early March, like many Canadian CEOs, Mr. Gori was left making crucial decisions on a daily basis. One advantage he had, however, was getting a sneak peak of COVID-19 throughout his Asian operations.

More than a third of the company’s 35,000 employees are in Asia, which in early January experienced lockdown measures that shut down offices across several regions. It is an area that has become a major focus of the insurer’s future business strategy and accounts for more than 40 per cent of Manulife’s overall revenue.

While some had anticipated a slowdown in growth due to pandemic, the company has pushed through the challenges of COVID-19 and increased the number of agents in Asia by 27 per cent in the last year.

By the time the virus hit North America, Mr. Gori knew he had to immediately get his employees working remotely from home. Operating in a virtual “war room” setting with his senior management team, Mr. Gori spent hours each day digesting information flooding into the organization from different sources. In order to make decisions quickly, senior leaders were granted autonomy in their roles.

While sleep was elusive during those early days, Mr. Gori says it was not due to fear over financial stability.

There were other challenges for Canadian insurers. Travellers were stuck abroad with out-of-country medical policies that excluded COVID-19. Other Canadians began to cash in on cancellation insurance for trips they no longer wanted to take. Stock markets began to swing and small business owners were forced to shutter their doors – leaving many in financial constraints as the majority of commercial insurance policies exclude pandemic coverage.

“We needed to digest a huge amount of information that was coming from so many different sources, and being able to understand the implications of all that information was absolutely critical,” Mr. Gori said.

“You can’t afford to run an organization with a chain of command that you normally have in this environment. You had to make decisions quickly and sometimes that was with imperfect information. But not making a decision was far more detrimental.”

Mr. Gori knew that the company’s speed in both responding to clients and in making decisions was going to be the “new battleground.” Those who were going to succeed would be the companies that could leverage their digital operations to allow clients to still access products and services online.

When he first stepped into his role as CEO, Mr. Gori was already pushing the company to automate more processes in an attempt to break out of what he called the “stone ages” – a criticism he held for the insurance sector as a whole.

Over the last two years, he has invested more than $600-million in digital initiatives. It’s a move shared by many of his competitors, who are all in a race to introduce digital capabilities that will help drive new business. But during the pandemic, that initiative took on new urgency.

More than 95 per cent of Manulife’s employees are still working from home – including Mr. Gori himself, who only goes into the Toronto headquarters once a week. The one benefit of COVID-19, he said, is that it has forced customers to begin using applications that were already in place. Without staff in the office to pick up a fax, for example, customers quickly began using digital claim forms and filling out online applications.

While he hasn’t declared a total victory, he said the last eight months have seen the company advance its digital agenda more than it did over the last eight years.

Now – as a result of the pandemic – more than 97 per cent of Manulife’s products in Canada and Asia are available virtually, with almost 81 per cent of transactions being completed without any human intervention and 93 per cent of claims submitted digitally.

The rapid spike in digital transactions is something Mr. Gori expects to see continue, even after the pandemic comes to an end.

“We will see a huge lift in using digital as a way of interacting in our industry, ” says Mr. Gori. “A lot of what we have see emerge in recent months will definitely stick. I don’t see a massive reversion away from digital.”

The pandemic has also seen a shift in the types of products clients demand.

“Canadians now want to understand how they can get protected as quickly and as cost effectively as possible,” says Mr. Gori. The answer he says: “Create simpler products.”

Insurance policies are typically 16 to 20 page documents that provide intricate details on coverage levels – as well as hard to understand fine print on what the policy does and does not include.

Since the pandemic hit in early spring, Manulife has seen a jump in the number of health-care and insurance products being sought out by Canadians looking for security, said Mr. Gori – a similar trend to what the company saw in 2003 during the SARS outbreak.

The future of insurance, said Mr. Gori, is to provide less complicated policies that offer specialized coverage for specific needs.

“Consumers don’t want to spend days or weeks trying to understand the full complexity of an insurance policy,” he said.

As the year comes to an end, Mr. Gori has moved his staff to weekly war room meetings, with the understanding that everyone on the executive team has the power to hit the metaphorical red button to bring all hands on deck at any time. It’s a mentality that many have associated with small technology start-ups with 30 employees under one roof, he said.

“They can move and pivot within an hour, make a new decision and go to market,” says Mr. Gori. “We have to bring that mindset to the organization if we are going to be competitors and win in the new economy.”