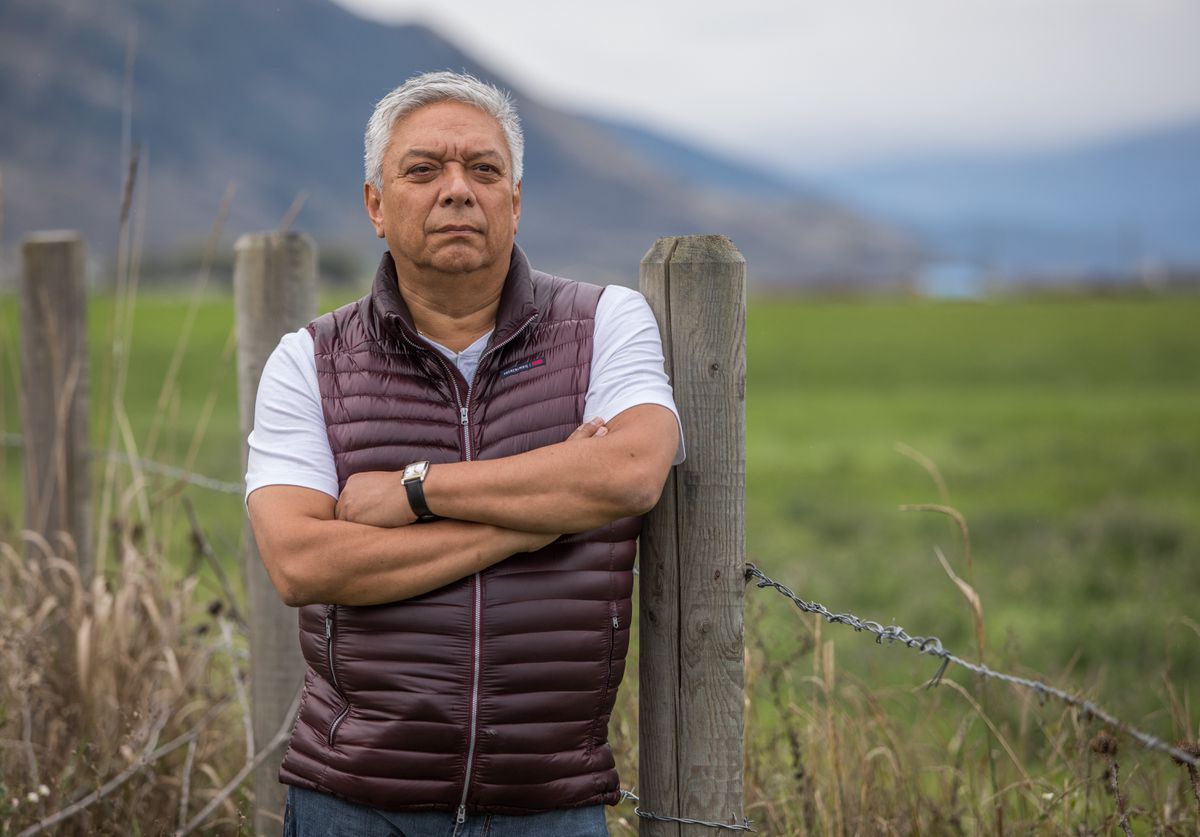 Fed up with long-standing water-quality problems, the Okanagan Indian Band is forming its own utility to provide safe drinking water on its main reserve near Vernon, B.C.

Last month, it signed an agreement with EPCOR Utilities – which provides drinking water, wastewater treatment, electrical, natural gas and other services to more than two million customers in Canada and the United States – and Enterprise Canada, a public-relations firm, to jointly create the as-yet unnamed utility. One of its primary motivations is to attract funding from sources beyond Indigenous Services Canada (ISC), the federal department that has traditionally funded construction, operations and maintenance of on-reserve water systems.

Chief Byron Louis said the utility will seek financing from provincial and private sources, including pension funds, as well as other federal programs such as Infrastructure Canada, a federal body that works with other levels of government to finance public infrastructure.

“We’ll be able to move at a speed far greater than we would be able to if we waited for ISC funding,” Mr. Louis predicted.

Historically, the federal approach produced many systems that were incapable of providing safe drinking water. During his 2015 election campaign, Prime Minister Justin Trudeau pledged to eliminate drinking water advisories on First Nations reserves within five years. (Advisories are public warnings about actual or potential hazards, such as detected E. coli or equipment failures.) According to federal data, 97 advisories have been lifted since 2015, while 59 remain. Those numbers remains little changed from the beginning of this year.

The government recently acknowledged it will not meet its own March 31 deadline. On Dec. 2, Marc Miller, Minister of Indigenous Services, announced $1.5-billion in new funding toward lifting the remaining advisories. The Okanagan Band’s main reserve, known as Okanagan No. 1, has experienced several “do not consume” advisories in recent years because of manganese levels above federal guidelines, but they covered only infants and pregnant or breastfeeding women.

Okanagan No. 1 has multiple drinking water systems, but none are subject to advisories that the government has targeted for elimination. Most of them have changed little since they were built in the 1970s and 80s, and the water they produce is largely untreated. The community is also served by numerous aging individual septic systems, some of which the band says have contaminated groundwater.

The band lost faith in the federal approach long ago. “It’s a long, drawn-out process,” Mr. Louis said. “You can have phases that can stretch over five, 10, 20 years or longer. … There’s always another reason why it can’t proceed.

“For us, it doesn’t make sense to wait.”

In 2017, a consultant drafted a plan the band says would provide safe, adequate service throughout the reserve, at an estimated cost of $45-million. The plan includes systems not only providing potable water, but also the ability to fight fires. (Many First Nations systems can’t do that.) Mr. Louis said the government hasn’t yet accepted that plan, let alone financed the proposed improvements.

Indigenous Services Canada has not responded to questions about this from The Globe and Mail.

The Okanagan Band is among several First Nations that have sued the federal government over water quality. In 2019, it filed a statement of claim accusing the Crown of breaching its duties to the band “by creating and sustaining unsafe drinking water conditions on the plaintiffs’ reserves.” The band said it continues to press that claim.

But in establishing the utility, the band’s aspirations extend to other services such as natural gas and fibre-optic communications. Mr. Louis hopes improved infrastructure will attract new economic development, such as agriculture, leading to jobs for community members.

Leading the initiative is Greg Kazakoff, a chartered accountant with a long history of working with First Nations. He joined the board of the band’s group of companies two years ago and was recently appointed chief executive to oversee the utility’s formation.

The new utility plans to begin small, building infrastructure necessary to develop a 30-acre industrial park on the Duck Lake reserve, near Kelowna’s airport, as well as extending services into a nearby residential neighbourhood of several hundred homes that is currently tied into a nearby municipal water system.

“We’re looking at that as our first foray,” Mr. Kazakoff said. “It’s the least expensive and easiest to get going.” He said financing is already lined up, Indigenous Services Canada has been supportive and community members will vote in January whether to proceed.

After that, the utility will turn its attention to Okanagan No. 1. The largest of the reserve’s half-dozen systems has been plagued by high manganese levels for years. Earlier this year, the band announced it was examining options for improving it.

Mr. Louis acknowledged it would take years to build new water infrastructure, and that attracting new sources of financing is hardly a foregone conclusion.

Infrastructure Canada, one of the bodies the band said it might approach, confirmed in a written response to questions that on-reserve water and wastewater infrastructure was eligible for funding under some of its programs, and that it had previously funded First Nations projects. But it added that “Indigenous Services Canada is the lead federal department involved in the growth of Indigenous communities’ infrastructure, with Infrastructure Canada playing a supporting role.” Establishing a utility had no bearing on eligibility for funding, it added.

And Mr. Louis also has to sell the utility to his fellow band members.

“They’ve heard things before … things that never come to fruition,” he acknowledged. “This one fellow put it to me this way: ‘If I don’t understand it, I say no.’ I want to make darn sure that when we get to the point [of a vote], they have all the information they need.”

This partnership also represents a departure for EPCOR. Traditionally, the Edmonton-based utility has entered into other public-private partnerships under which it has operated infrastructure for a decade or two before handing it over to a municipality. But the Okanagan Band hopes band members will train for and occupy many jobs within the utility, including in management.

“A key aspect of this is not only to help them develop the utility and make sure it’s meeting their needs, but also to develop the capacity of the First Nation to operate it and do it themselves,” said Stephen Stanley, senior vice-president of commercial services at EPCOR.

“A lot of the focus, historically, has been on short-term capital fixes to address deficiencies. But we’re trying to change the approach so that we develop a long-term, sustainable utility.”