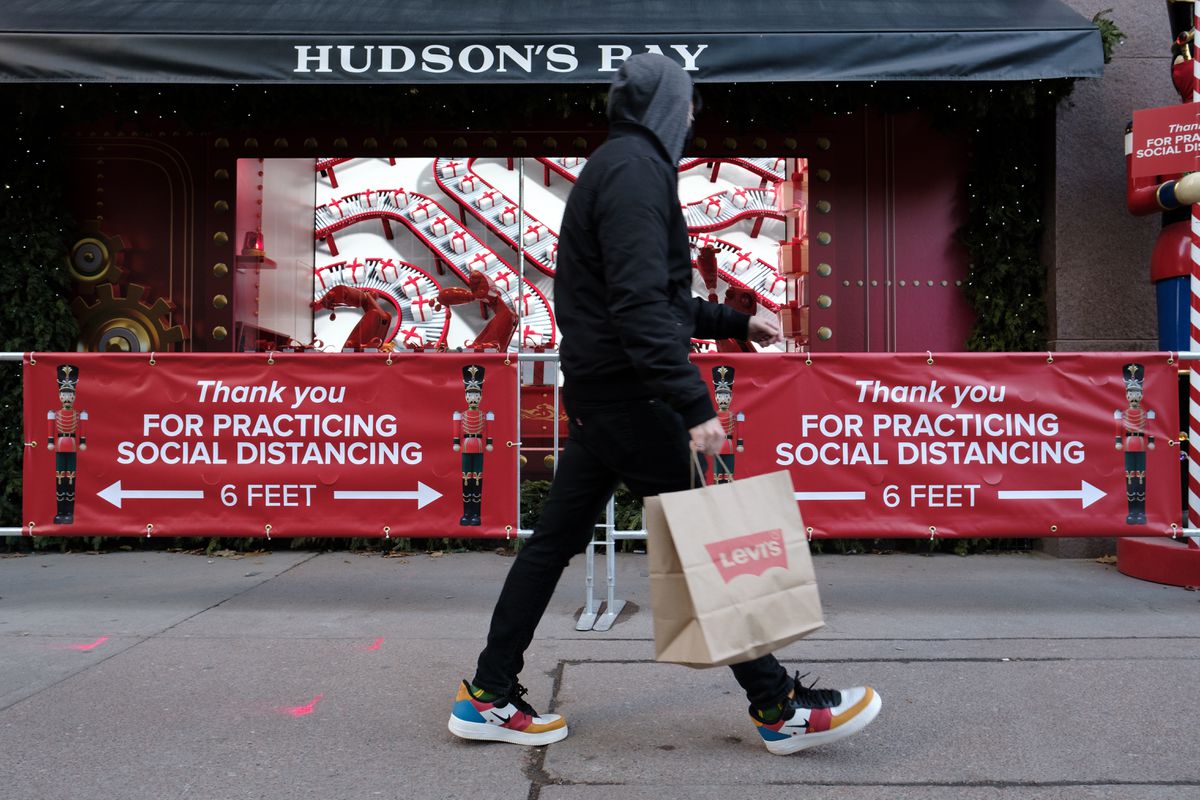 A legal challenge launched by Hudson’s Bay Co. ULC in a bid to ease Ontario’s retail lockdown measures, has been struck down.

On Friday, a panel of Ontario Superior Court judges denied HBC’s application for a judicial review of mandated restrictions on non-essential retail in some regions of the province. The decision came after a hearing into the matter on Thursday, as Canada’s oldest retailer attempted to salvage some in-store sales during the all-important holiday shopping season.

A judicial review is a procedure whereby courts can review whether government decisions are reasonable; HBC had called Ontario’s rules “irrational,” “arbitrary” and “devoid of logic and consistency.”

But during Thursday’s hearing, a lawyer for the province argued that while lockdowns are unfortunate for businesses, they are necessary to minimize risk.

“Fairness is not the test of this application. Indeed, there is a lot that is not fair in this pandemic,” lawyer Richard Ogden said. “But we must not give in to pandemic fatigue. … We must hold the line.”

The court dismissed HBC’s application on Friday. In a statement, HBC spokesperson Tiffany Bourré said the company is “disappointed” and will consider an appeal.

“The Government’s decision-making regarding non-essential retail continues to be harmful from both a health and economic perspective. We will continue to advocate for a fair and evidence-based policy for all retailers,” the statement said.

The province shut down all non-essential retailers in Toronto and Peel Region on Nov. 23, and extended the restrictions to York Region and Windsor-Essex last week. Stores in the affected region that sell essential items – including some big-box chains – have been allowed to remain open at 50-per-cent capacity. Other retail stores and small businesses are permitted to sell items for delivery or curbside pickup only.

Restrictions that were set to expire on Monday in Toronto and Peel will be kept in place, Premier Doug Ford said on Friday, adding that the government is considering new measures to fight the pandemic, which will be announced next week.

Ontario reported 2,290 new cases of the novel coronavirus on Friday, and 40 additional deaths due to COVID-19.

HBC argued in the court hearing on Thursday that Ontario’s approach to regulations during the pandemic is unbalanced, because it is allowing big-box stores that sell groceries to also sell non-essential goods, while non-essential retailers are forced to close. HBC asked the court to consider providing an exemption for Hudson’s Bay stores specifically or for department stores in general; or to remove the language about groceries from the regulations covering retailers allowed to operate. That would have opened the door for more retailers to allow in-store shopping.

The retail industry in general has advocated for provincial governments to impose strict capacity limits that apply to all stores, rather than selectively closing some retailers while deeming others “essential.” Earlier this month, an industry coalition called on the province to change its rules, in a letter signed by executives from nearly 50 retailers, including HBC, Aldo Group, Ikea Canada, Leons Furniture Ltd. and Roots Corp.

“It’s not a trifling response to say we want to restrict people from going out, we want to restrict people from shopping. … But the regulation doesn’t operate that way,” HBC’s lawyer, Jonathan Lisus, said during the online hearing on Thursday, adding that hundreds of stores have remained open selling “things that have nothing at all to do with necessities or essential goods.”

Even though retailers in lockdown zones are permitted to operate their stores for curbside pickup of online orders, Mr. Lisus argued that in-store shopping, especially during the holiday season, is “fundamental” to many retailers.

“It is the distinction between survival or not,” he said.