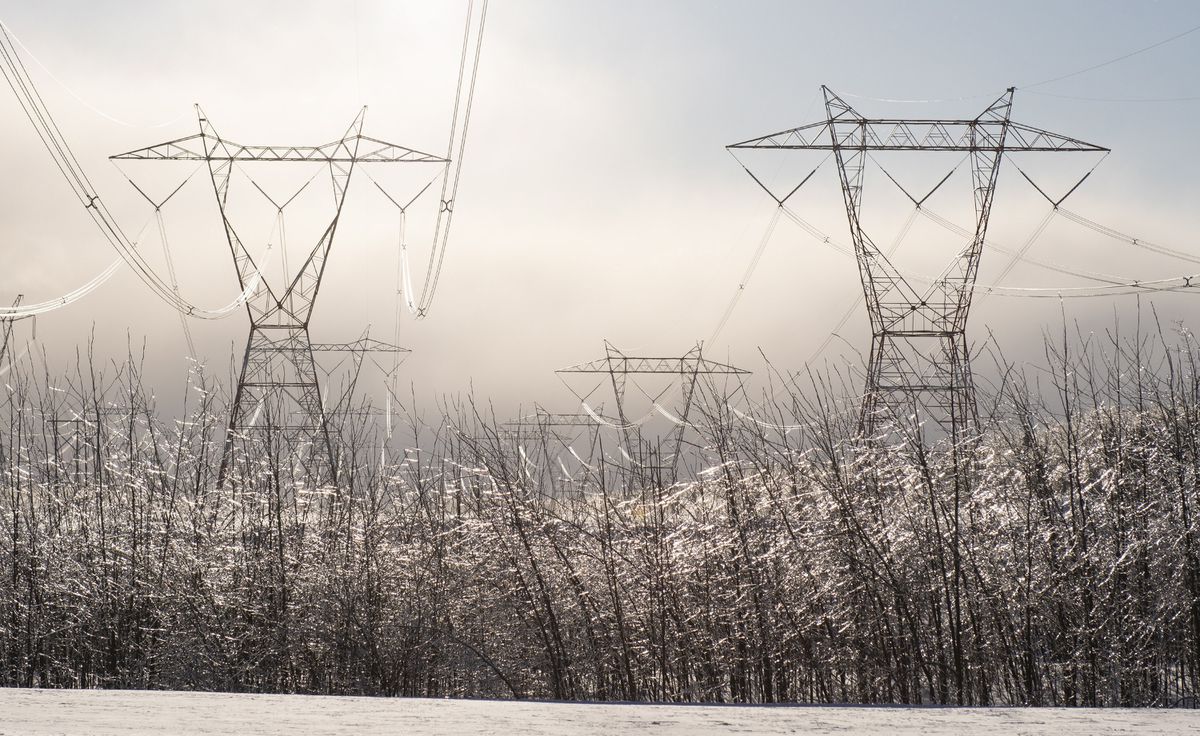 Hydro Québec, one of Canada’s largest and most interconnected power producers, has rejected the federal government’s offer of subsidies to fund new links between provincial power grids.

The utility says it’s open to new trade opportunities but is “cautious” about accepting public money because it might provoke trade disputes in the United States, its most important export market.

“Electricity is traded on a commercial basis between Canada and the United States,” it said in a recent statement to The Globe and Mail. “Business ﬁnancial models are built around this premise, and it has allowed Canadian utilities to trade freely with U.S. clients without accusations of unfair competition.”

Trade agreements are among Ottawa’s challenges as it seeks to promote a green recovery from the pandemic-induced recession and exceed its Paris Agreement targets for reducing greenhouse gas emissions. A revised climate plan it released last week seeks to promote new interties – connections that allow current to pass between electric utility systems – linking provinces with abundant hydroelectricity resources (such as Quebec and Manitoba) to neighbours that generate power primarily by burning fossil fuels.

In October, the Canada Infrastructure Bank offered to invest $2.5-billion over the next three years in low-carbon electricity initiatives, including new transmission lines that could facilitate transfers of clean power between provinces and throughout regions.

Historically, most of the electricity that Canadian utilities have exported has flowed south into neighboring U.S. states. Three-quarters of Hydro Québec’s exports go to the United States, but it also has more limited trade with Ontario and New Brunswick.

Canada’s clean power puzzle: Provinces sell to the U.S., but not each other

François Bouffard, a professor in McGill University’s electrical and computer engineering department, said Hydro-Québec wants to “keep the federal government as far as possible” from its interconnection projects to avoid prompting a trade dispute – a position Dr. Bouffard said he supports.

“I do not think this is a good idea for Canada in general,” he said. “U.S.-based entities could argue that, due to federal subsidies, Canadian power producers are given an unfair advantage.”

Observers said other projects are in a better position to take advantage of the federal offer. The irony is that some of them would likely proceed regardless of Ottawa’s participation.

This year, Ottawa expressed interest in advancing what it dubbed the “Atlantic Loop,” which would connect surplus electricity from sources such as Labrador’s Muskrat Falls hydroelectric station to coal-dependent provinces. Greater integration is already happening: Emera Inc., a company that owns utilities across the Maritimes, recently completed the $1.7-billion Maritime Link, which is capable of transmitting 500 megawatts of hydroelectricity from Muskrat Falls to Nova Scotia via twin 170-kilometre submarine transmission lines laid under the Cabot Strait. (The first electrons moved in late 2017.)

Ralph Torrie, president of consultancy Torrie Smith Associates, said a new line between Nova Scotia and New Brunswick would be among interprovincial projects that are “shovel-ready.” Mr. Torrie said the connection would help Nova Scotia cope with the intermittency of wind farms it hopes to build.

“It’s so much in the interest of Nova Scotia that they could probably justify paying for it themselves,” he said. “I think it would go forward under almost any scenario of how the future is going to unfold, with or without stimulus funding.”

In a recent commentary, law firm Stikeman Elliott said integrating Quebec’s grid with Atlantic Canada could help the latter take full advantage of renewable sources such as wind, solar and tidal generation. “If Quebec is included in the Atlantic Loop, then most, if not all of Atlantic Canada’s fossil-fuel generation could be replaced by renewable energy over the medium term.”

Blake Shaffer, a professor of economics at the University of Calgary, said the intertie between Alberta and British Columbia is another candidate for CIB funding. The amount of power being transferred through the link has been reduced because Alberta is worried about the risks of blackouts in the event of unexpected disruptions, he explained. “They don’t want an event that’s too large that they couldn’t respond to it.” But upgrades could remove that risk.

“Let’s get the full use out of the tie we already have before we go building something new,” he said.

The Alberta Electric System Operator (AESO), which plans the province’s transmission system, said the line has approximately 1,000 megawatts of capacity. “To bring it up to full capacity, there’s work that we need to do inside of Alberta at a substation,” said spokesperson Mike Deising. And more work is required on transmission lines to raise their capacity.

Mr. Deising said the project began in 2018 and is considered active. But “we’ve paused on transmission projects, just in light of the pandemic and the current economic climate in the province. We’ll be looking at it in 2021 and assessing where we take it from here.” It’s up to the provincial government to decide whether to accept federal financing.

The CIB, a Crown corporation, appears to have much riding on its “green recovery” pledge.

Launched by the Trudeau government amid considerable fanfare in 2017, it was to invest $35-billion in public funds to attract a lot more private and institutional investment for major roads, transit system upgrades and other large infrastructure projects. But as of its third anniversary earlier this year, it had invested only a small fraction of that balance. “The bank has got off to a slow start,” Mark Ledwell, a lawyer with Gowling WLG, observed in a commentary published in September.