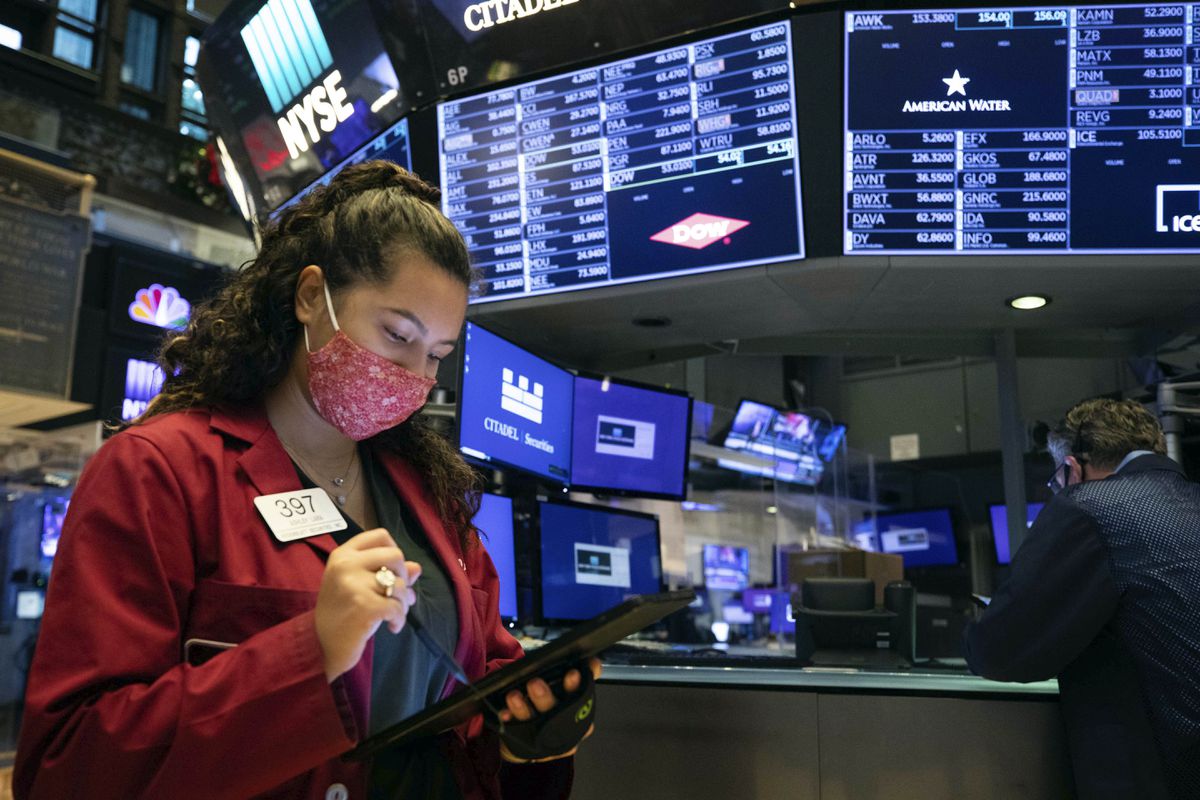 Wall Street futures were in the red early Wednesday despite positive headlines about Pfizer Inc.’s COVID-19 vaccine, with focus now turning to how quickly the treatment can be rolled out. Major European markets were mixed. TSX futures were modestly weaker as crude prices steadied.

Dow futures were down by roughly 100 points ahead of the open while S&P and Nasdaq futures also saw small declines. The losses came after a strong start to the month, which saw the S&P 500 jump 1.15 per cent and the Nasdaq managing to hit record levels, finishing up 1.3 per cent. The S&P/TSX Composite Index ended the day up 0.62 per cent.

Early Wednesday, Britain gave clearance to Pfizer and BioNTech for emergency use of their COVID-19 vaccine. The vaccine will be made available across the U.K., next week. Regulators in the United States and the European Union also are vetting the Pfizer vaccine along with one made by competitor Moderna Inc. Pfizer shares were up more than 3 per cent in premarket trading.

“The lack of market reaction suggests that this decision was probably widely expected at some point, and perhaps the real challenge now lies in the production, as well as the speed of any rollout of the two jab treatment,” Michael Hewson, chief market analyst with CMC Markets U.K., said.

“Ultimately even if a vaccination program was to start this month, the fact that two jabs are required means that it’s likely to be several months before we start to see a possible economic benefit in terms of an easing of restrictions, given that medical staff, along with more vulnerable people are likely to be the first to benefit, with the general population at the back of the queue.”

In this country, investors get another round of bank earnings, with results from Royal Bank and National Bank.

On Tuesday, Bank of Nova Scotia and Bank of Montreal set a positive tone for bank earnings season, reporting fourth-quarter results ahead of analysts’ forecasts and signalling that they believe the buffers they have built to absorb potential losses are enough to cover a second peak of the coronavirus pandemic.

Crude prices steadied in early going with news that Britain had approved Pfizer’s COVID-19 vaccine for emergency use helping offset a surprise rise in U.S. inventories.

Prices had been weaker through much of the overnight period but found their footing in the wake of headlines about the latest vaccine developments.

Sentiment took a hit after the American Petroleum Institute reported late Tuesday that U.S. crude inventories rose by 4.1 million barrels. Analysts had been expecting a decline of more than 2 million barrels last week.

Those figures came as OPEC members and their allies delayed a meeting on whether to delay planned production increases until later in the new year. The meeting, which had been scheduled to conclude Tuesday, is now set to continue Thursday amid a lack of consensus in the group.

“The resilience [in crude prices] in the face of a delayed OPEC+ outcome has surprised some.” Stephen Innes, chief market strategist with Axi, said.

“However, expectations are still for a saving face conclusion where, at WTI $44, the risk rewards look much more attractive because progress on the vaccines and the firming up of demand recovery into 2021 is providing some form of floor.”

The Canadian dollar was little changed as its U.S. counterpart bounced off two-and-a-half year lows against a group of world currencies.

There were no major Canadian economic releases scheduled for Wednesday. Markets are now looking ahead to Friday’s release of the November employment figures by Statistics Canada.

On world markets, the U.S. dollar index, which weighs the greenback against a group of global currencies, rose 0.2 per cent to 91.34, off the lowest level since late April 2018 it hit overnight.

Investors are now weighing the possibility of new U.S. stimulus measures after U.S. Treasury Secretary Steve Mnuchin and House of Representatives Speaker Nancy Pelosi held talks for the first time since the Nov. 3 election. A bipartisan group of senators and House members proposed US$908-billion worth of coronavirus relief measures.

GardaWorld has raised its offer for security group G4S to US$4.94 billion, it said on Wednesday, stepping up a hostile bid for the British company that has repeatedly rejected its advances. G4S said it was currently evaluating the revised offer along with its financial and legal advisers, adding that shareholders were strongly advised to take no action.

Salesforce.com Inc has agreed to buy workplace messaging app Slack Technologies Inc in a US$27.7-billion deal, the biggest by the cloud-computing pioneer as it bets on an extended run for remote working and sharpens its rivalry with Microsoft. The deal enables Salesforce to provide a unified platform for businesses to connect their employees, customers and partners with each other and the apps they use, bolstering its enterprise portfolio.

Boeing Co’s 737 MAX on Wednesday will make its first public demonstration flight with members of the media since being grounded over fatal crashes, as one of its biggest customers, American Airlines, seeks to prove it is safe for passengers. The flight from the airline’s base in Dallas, Texas, to Tulsa, Oklahoma, comes weeks before the airline’s first commercial flight on Dec. 29, and is part of a PR effort by the planemaker and airlines to rehabilitate the jet’s image following a record 20-month ban.

With Reuters and The Canadian Press