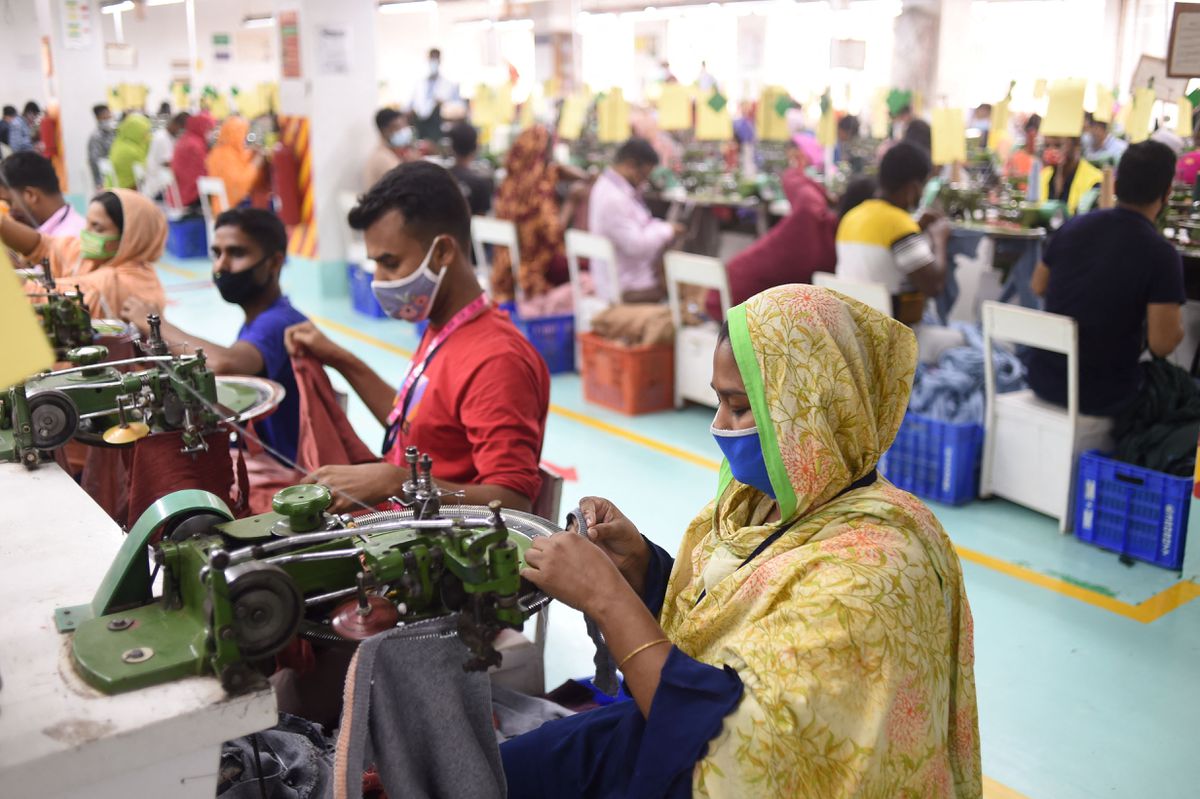 Garment makers in nine countries spanning Asia, the Middle East and North Africa have banded together to demand better contract terms from global clothing retailers, according to a draft document seen by Reuters.

The suppliers hope their united front will prevent retailers from playing them off against each other in search of more lenient terms after suffering from widespread cancellations and payment delays at the start of the coronavirus pandemic.

Global retailers including Arcadia, Gap, Kohl’s, and Primark cancelled or paused orders with garment-making factories in Bangladesh worth almost $3.7 billion in March and April last year, the results of a local survey of factories seen by Reuters showed.

While some, including Primark, H&M, Inditex and Gap, later committed to paying the cancelled orders in full, campaigning coalition PayUp estimates $18 billion out of $40 billion worth of payments are still outstanding globally.

Arcadia and Kohl’s did not respond to a Reuters request for comment.

Thirteen associations representing garment suppliers in China, Bangladesh, Myanmar, Cambodia, Vietnam, Pakistan, Turkey, Morocco and Indonesia have drafted minimum terms they hope to present to clients, including a maximum 90-day payment term and an end to discounts after orders are placed.

The draft document, due to be finalised and released in late April, is a joint initiative of the Star Network, funded by Germany’s international development agency GIZ, and the International Apparel Federation.

“It has become very clear to manufacturers that their vulnerability has increased and that they must play a stronger role in setting standards for purchasing practices,” a statement announcing the initiative published on Thursday said.

Though the document will not be legally enforceable, the aim is to foster purchasing practices which “do not cross the boundary of misuse of buying power to the obvious and avoidable detriment of the manufacturer,” according to the release.

A later phase of the initiative would also aim to build ways of enforcing the terms, including an international arbitration mechanism for manufacturers to raise grievances with buyers.

“We tended to blindly trust our customers,” said Miran Ali, spokesman for the Star Network. “If they said they want to buy 100,000 yards of fabric from us and they’ll send the purchase order in three weeks, we’d just go ahead and do it. That faith has been lost.”

Global retailers lost $1.2 trillion in sales in 2020, a 3.9 per cent drop, according to research firm Forrester, as global lockdowns decimated demand and shut stores for months on end. Though some sales were recuperated online, many clothing retailers were forced to impose steep discounts in an attempt to get rid of unsold stock.

The Penn State Center for Global Workers’ Rights said in a report that U.S. and European Union trade data showed a $16.2 billion drop in apparel imports in April through June 2020.

While clothing sales are beginning to recover from last year’s record losses, orders are still far smaller than before the pandemic, with shorter lead times and longer payment windows, factory owners, sourcing agents and retailers themselves say.

‘NOT A HAPPY MESSAGE’

The draft document says retailers must pay suppliers within 90 days, with deferred payments attracting an additional fee to cover interest and loss of profit, while discounts could not be requested after a purchase order is issued.

A letter from Marks & Spencer to its suppliers on April 7, 2020 stated orders shipped after March 24 would be paid up to 120 days from invoice receipt date, up from 75 days previously and nearly three times the pre-pandemic industry average of 43 days. These terms remain in place, a Marks & Spencer spokesperson said, declining to comment further.

In anticipation of lower sales, other retailers imposed discounts on orders already in production.

A letter sent by Hong Kong-based sourcing agent Li & Fung to some suppliers of American Eagle Outfitters in April last year and seen by Reuters said that a 20 per cent discount would be applied to orders affected by the coronavirus.

“We know it is not a happy message…but…it is the crucial fact we’re facing now because we all know chicken dies, no eggs,” the letter said. “A PIECE OF CAKE IS NOT ABLE TO FEED ALL.”

Li & Fung did not respond to a request for comment. American Eagle Outfitters referred Reuters to its statement made last July when it said it had to make “immediate and difficult business decisions” and had “negotiated a one-time discount on a small amount of unshipped orders last April”.

The draft also includes limitations on the use of the ‘force majeure’ clause which exempts retailers from costs and liability for events outside their control.

A cancellation clause in a purchasing order used by Kohl’s gives it the right to cancel an order in the event of natural disasters, disease outbreaks and government restrictions, among other events beyond its control, without being subject to “any liability, cost or charge whatsoever”.

A letter Arcadia sent to its suppliers informing them of its cancellation of orders due to the impact of COVID-19 stated: “we are able to cancel any order at any stage. This includes orders in production and orders in transit… we are not responsible for the cost of the Goods”.

Extracts of the purchasing order used by Kohl’s and the Arcadia letter were published in a September 2020 report by the European Centre for Constitutional and Human Rights. The companies did not respond to a request for comment on their communication with suppliers. Arcadia fell into administration late last year.

The European Center for Constitutional and Human Rights and the Workers Rights Consortium questioned retailers’ use of force majeure during the pandemic in the report, saying parties invoking the clause should prove they made all possible attempts to mitigate the effects of the unforeseen event.

According to U.S. and UK law, they must demonstrate that taking delivery of orders would be “commercially impracticable” – which may not be clear-cut for brands with sufficient cash flow and solid e-commerce sales, the report said.

Garment suppliers hope to tip the balance of power in their favour, more fairly distributing risk in the event of another unforeseen disruption to sales.

“Buyers are asking for drastic cuts and delays in payments…but if I refuse, they will go to another supplier,” a garment factory owner in Dhaka who preferred to remain anonymous for fear of losing business, said.

“We need a fair policy, badly,” he said. “Or the garment industry will not survive.”