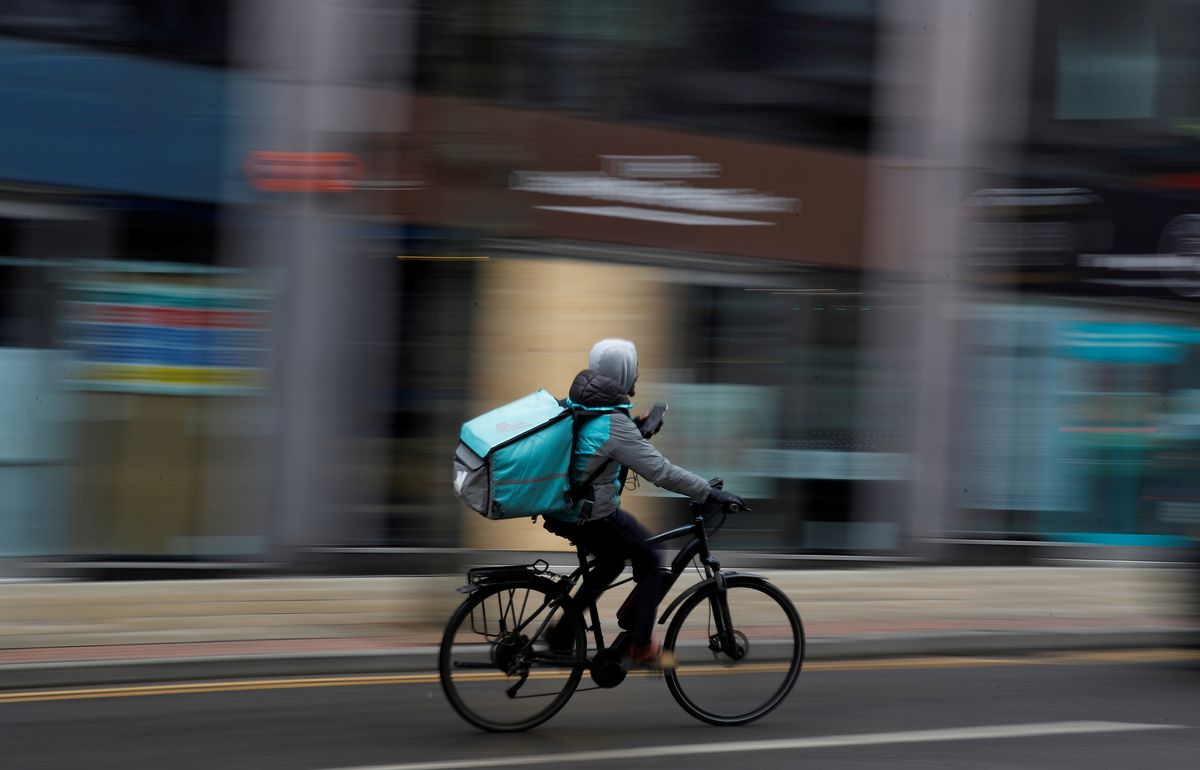 London-based amateur trader Amy Lee wasn’t sure whether to buy shares in Deliveroo’s stock market debut but decided eventually to take the leap, swayed by ad campaigns on the food delivery company’s app.

“I took a gamble,” she said. “It was my own fault, but I think I was swayed by the thought ‘surely Deliveroo wouldn’t advertise a bad product to their customers through their app. That would be stupid right?’”

Lee and others like her who were allocated shares worth a total of 50 million pounds ($69 million) are nursing paper losses after Deliveroo shares plunged as much as 30% on their London Stock Exchange debut on Wednesday.

The fall, slicing 2 billion pounds off initial valuations, is a blow to Britain’s ambitions of attracting fast-growing tech companies to London.

It may also raise questions about retail traders’ appetite for future investments, especially in initial public offerings (IPO) – this was the first time individuals in Britain were given a chance to get in on the first-day action.

Deliveroo had dubbed its campaign: “Great food with a side of shares.”

But things went wrong even before the IPO. Several asset managers shunned it, citing concerns about gig-economy working conditions and Deliveroo’s corporate governance.

Since buying 250 pounds worth of stock, Lee has done more research and now says she is “gutted” to have given her money to “what seems to be another greedy tech company lacking social value or drive to things differently.”

But she can’t sell until April 7, because of rules around “conditional trading” – a practice customary in London IPOs until the shares “settle,” usually lasting a week.

A spokesman for PrimaryBid, a platform that allows retail investors to participate in major share sales, said this had been made this clear to customers at every stage.

One Londoner who bought 295 pounds of Deliveroo stock said the company’s sales team seemed to have “bent over backwards” to turn diners into investors.

“Every time you placed a Deliveroo order they flashed a sign. They let me invest even without a brokerage account. They said we will open up a Lloyds (bank) account for you and do it for you, (for) a one-off fee of 5 pounds. They made it super helpful,” he said, requesting anonymity.

Asked for comment, a Deliveroo spokesperson said: “Although the trading started lower than we would have liked, we are just starting life as a public company and we are confident that our winning proposition will deliver long term value for all shareholders.”

“We thank each of our customers who took part in our customer offer and will work tirelessly for them each and every day.”

Deliveroo shares have recovered slightly from Wednesday’s lows, but their first day performance was the worst on record for a London IPO worth more than 1 billion pounds, markets platform Dealogic said.

Retail investors will likely be wooed by other market debutants as many trading companies, including the Robinhood app, say they want to “democratize” IPOs by not restricting allocations only to institutional investors.

PrimaryBid is in talks with other listings candidates, a source familiar with those discussions has told Reuters.

The company collects orders from individuals and then makes a collective bid on deals. Bankers say it is becoming an influential participant, getting involved in fundraising deals from tech firm Ocado and caterer Compass Group.

PrimaryBid estimates retail ownership is about 15% of the UK stock market, as many people stuck at home in the pandemic with spare cash have taken to dabbling in equities on trading apps.

Still, some – such as Sam Elliot, a London-based primatologist – confess to having become “obsessed” with stock markets, following the frenzy around U.S. video game retailer GameStop in January.

He invested 250 pounds in Deliveroo and, while also “gutted” by the shares’ fall, intends to hold them for the long term.

Another investor – and former Deliveroo courier – Rui Lopes also committed 250 pounds, a sum he said he could afford to lose.

“The price drop did get me slightly apprehensive at first … but you know what they say. Buy the dip!”

And even without the first-day “pop” or surge last year’s U.S. deals enjoyed, investors could well end up in the money – after all, Facebook, Uber and Peloton were also IPO flops initially.