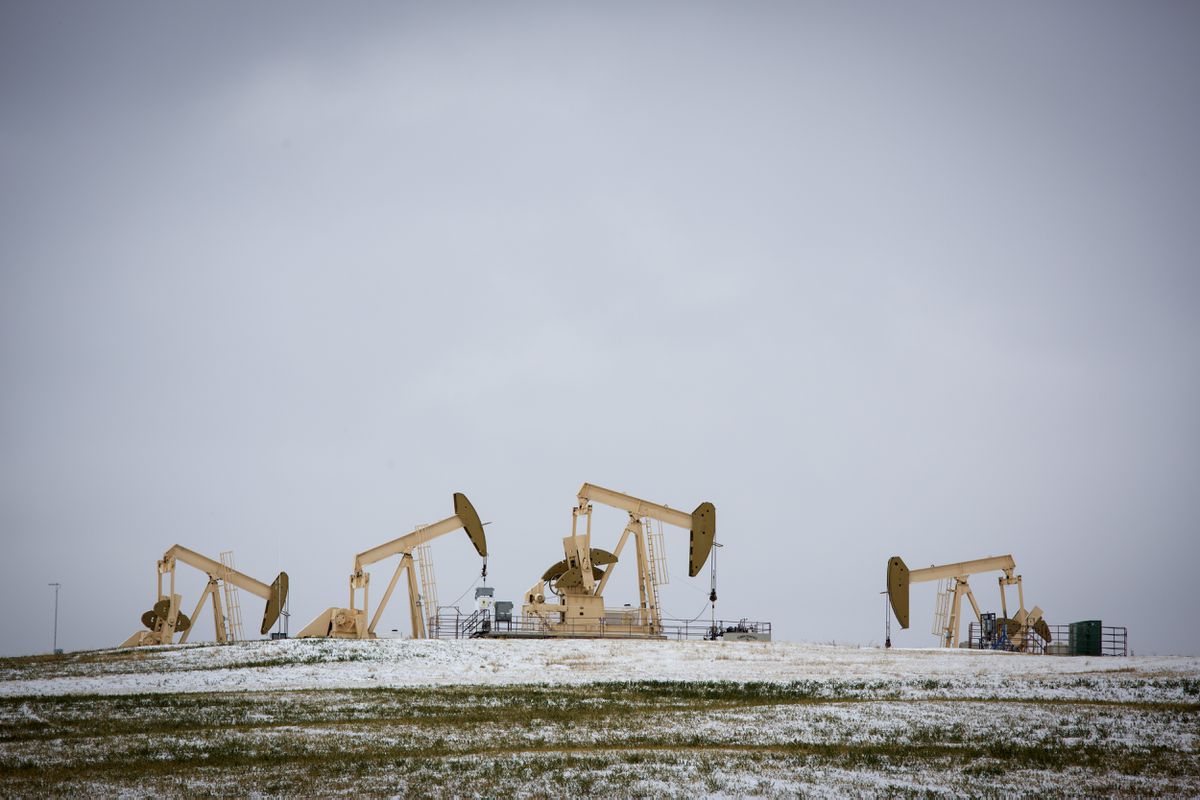 Alberta will establish a secretariat to promote the oil industry’s environmental, social and governance measures in the hope it can help stem the tide of divestment from the oil sands and Canadian energy sector, as the province tries to climb out of the $18.2-billion deficit projected in its 2021 budget on Thursday.

The move is a significant about face for United Conservative Party Premier Jason Kenney, who in 2019 called investor concerns about climate risks in the sector the “flavour of the month.” The premier’s office will play a key role in the $1-million ESG initiative, which will be run by executive council and funded by the province’s carbon tax on large emitters.

In a departure from the norm, the budget devoted five pages measures oil companies have taken to improve their ESG scores, including reductions in greenhouse gas emissions, though it provided scant details about how the ESG secretariat will work.

“It’s important that we continue to tell that story.”

The oil sands have become something of a climate-change lighting rod in recent years, beginning when Royal Dutch Shell sold most of its oil sands investments in 2017. BlackRock, the world’s largest money manager, HSBC, Norway’s sovereign wealth fund, Deutsche Bank and French oil company Total have also either struck the oil sands from their books or significantly dialled back on investments.

As it prepares to promote ESG initiatives, the government also earmarked $73-million in 2021-22 for programs to attract investment in carbon capture projects to the province. That cumulative figure increases to $227-million by 2023-24. Officials said details of those programs are yet to be determined, but ruled out tax credits.

The job of highlighting ESG initiatives in Alberta’s oil sector initially fell to the so-called war room, which was established by the UCP government in 2019 to fight back against what Mr. Kenney said was rampant disinformation about the oil industry. There was no word from government about whether that’s still in the war room’s bailiwick, but Thursday’s budget slashed that office’s budget to $12-million, from the $30-million earmarked in Budget 2020.

While oil prices have ticked up in recent weeks as countries begin rolling out COVID-19 vaccinations, Alberta is treading cautiously in its own pricing forecasts. It’s assuming a per-barrel West Texas International price of US$46, well below the private sector average forecast of US$51 a barrel.

Alberta’s finances took a beating last year after a precipitous drop in demand for crude compounded a Russia-Saudi Arabia price war that hammered prices. Mr. Toews said while the 2020 WTI price forecast was “credible and defensible” at the time, it was important to acknowledge the volatility of the market – particularly as the world emerges from the shadow of the pandemic.

“I would love to be surprised with much higher energy prices than what we are predicting,” he said. “But I think that the prudent, responsible approach is to be conservative in our projections.”

That market uncertainty has also stymied Alberta’s attempts to offload a series of crude-by-rail contracts to the private sector.

The government remains less than halfway through ridding the contracts from its books, a process it was planning to have done by the end of March last year.

The contracts were part of a $3.7-billion deal signed in February, 2019, under the then-NDP government. It would have seen the province lease thousands of railcars to help bolster consistently low prices for oil in Alberta by increasing export capacity, shipping 120,000 barrels a day by Canadian Pacific Railway and Canadian National Railway.

The expected cost of offloading those contracts ballooned to $2.29-billion in Thursday’s budget, up from $2.16-billion in August’s fiscal update and the $1.3-billion loss the province forecast a year ago.

The government is also slashing $15-million from the energy ministry’s operating expenses. It expects to find those savings via reduced supplies and travel expenses and other internal savings, but officials said the reductions are not being driven by staff reductions.