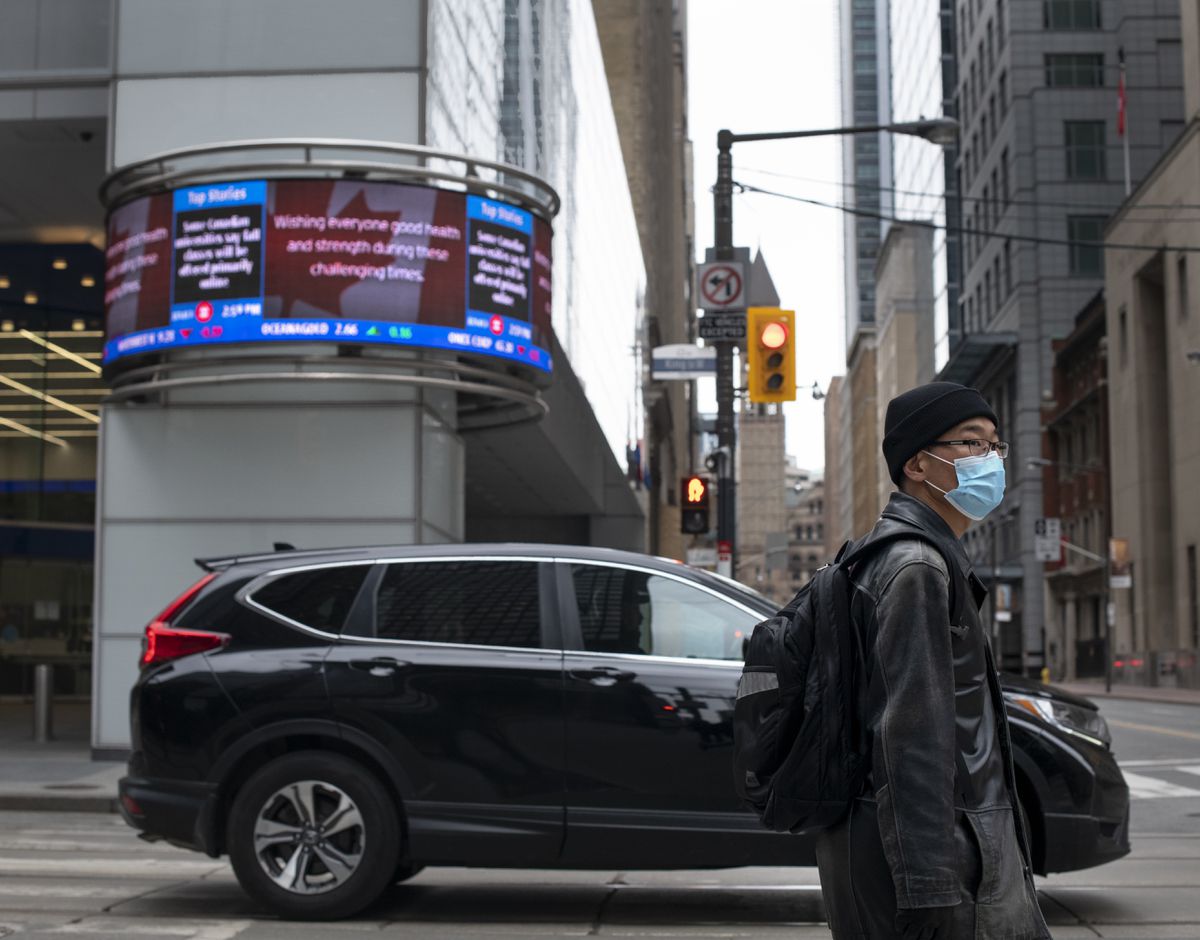 Bond yields have surged to their highest levels in about a year, weighing on stocks in recent trading sessions and offering what is arguably the strongest test of market resilience since the bull market recovery began 11 months ago.

Market action on Tuesday revealed what’s at stake here: The S&P 500 was down for a sixth straight day, marking its longest losing streak in a year, before ending slightly higher on reassurances from U.S. Federal Reserve chairman Jerome Powell that the central bank won’t hike rates any time soon. And Canada’s S&P/TSX Composite Index fell as much as 395 points or 2.1 per cent soon after trading began, before regaining much of the lost ground. Bank stocks jumped.

One key source of the turbulence: The yield on the 10-year U.S. Treasury bond rose as high as 1.38 per cent, which is close to its highest level since February, 2020, and up from a pandemic low of just 0.38 per cent last March. Bond yields and prices move inversely.

The action in the Canadian bond market was similar. The yield on the Government of Canada 10-year bond rose to nearly 1.28 per cent early Tuesday, marking the bond yield’s highest level in more than a year.

While rising bond yields can be a reflection of improving sentiment toward the economy and more fiscal stimulus, they can also reflect rising inflation expectations and suggest corporations will face higher borrowing costs. Higher bond yields can cause investors to shift money from the stock market and into bonds, and make stocks look less appealing from a valuation perspective as well.

Technology stocks have been hit particularly hard: The tech-heavy Nasdaq Composite Index has fallen about 6 per cent over the past five trading sessions. Canadian utilities, whose dividend yields are sensitive to rising bond yields, have stumbled 3.7 per cent over the past five sessions; Fortis Inc. has fallen to its lowest level since last March.

Now, central bankers are stepping into the fray and trying to assure investors that key interest rates will remain at ultralow levels as the economy heals – which could reduce pressure on bond yields.

“The bond market sell-off has dragged central bank communications even more to the fore. In the same dovish vein as Fed chairman Powell’s remarks earlier today, Bank of Canada Governor [Tiff] Macklem pushed back against the idea that monetary tightening is in the cards any time soon,” Royce Mendes, an economist at CIBC World Markets, said in a note.

Market strategists are also weighing in with thoughts on how the bull market in stocks can endure in this environment, and what sectors are best poised to deliver gains even if bond yields remain elevated.

Analysts at New York-based Cornerstone Macro believe that today’s bond yields remain in “neutral” territory, or the middle ground between easy and tight financial conditions. Since yields are still below levels that would lead to tighter financial conditions, they are not a threat to risky assets like stocks.

“This analysis absolutely does not say that stocks cannot fall from here – there are many other reasons why they could. It just says that if they do, it probably won’t be because yields are too high,” Roberto Perli and Benson Durham, Cornerstone analysts, said in a note.

In the meantime, she noted that real estate investment trusts, consumer discretionary stocks and technology stocks tend to underperform when bond yields are rising. On the other hand, financials and industrials tend to outperform, given their exposure to economic activity.

Ms. Calvasina was referring to U.S. stocks, but her thoughts are applicable to Canadian stocks as well.

Canadian industrials have turned in a mixed performance so far. Though the sector has fallen 1.5 per cent over the past five sessions, it rose slightly on Tuesday.

The TSX financials sector, though, is on a tear: It has risen 2.5 per cent over the past five sessions. Strong quarterly results from insurance companies and a promising start to the bank reporting season no doubt helped – but rising bond yields can add a nice tailwind for bank and life insurance profits. Banks can make more profitable loans with better spreads between their funding costs and lending rates, while insurance companies can produce better returns on capital.

Nonetheless, many observers expect that bond yields can only go so far. Ed Yardeni, chief investment strategist at Yardeni Research, expects the 10-year Treasury yield will rise to all of 2 per cent before the end of the year. Paul Ashworth, chief North America economist at Capital Economics, expects bond yields will be held back as the Fed keeps its key rate close to zero.

“There is little reason to expect any significant rise in long-term interest rates when the Federal Reserve is so resolute in its desire to avoid another premature monetary tightening,” Mr. Ashworth said in a note.