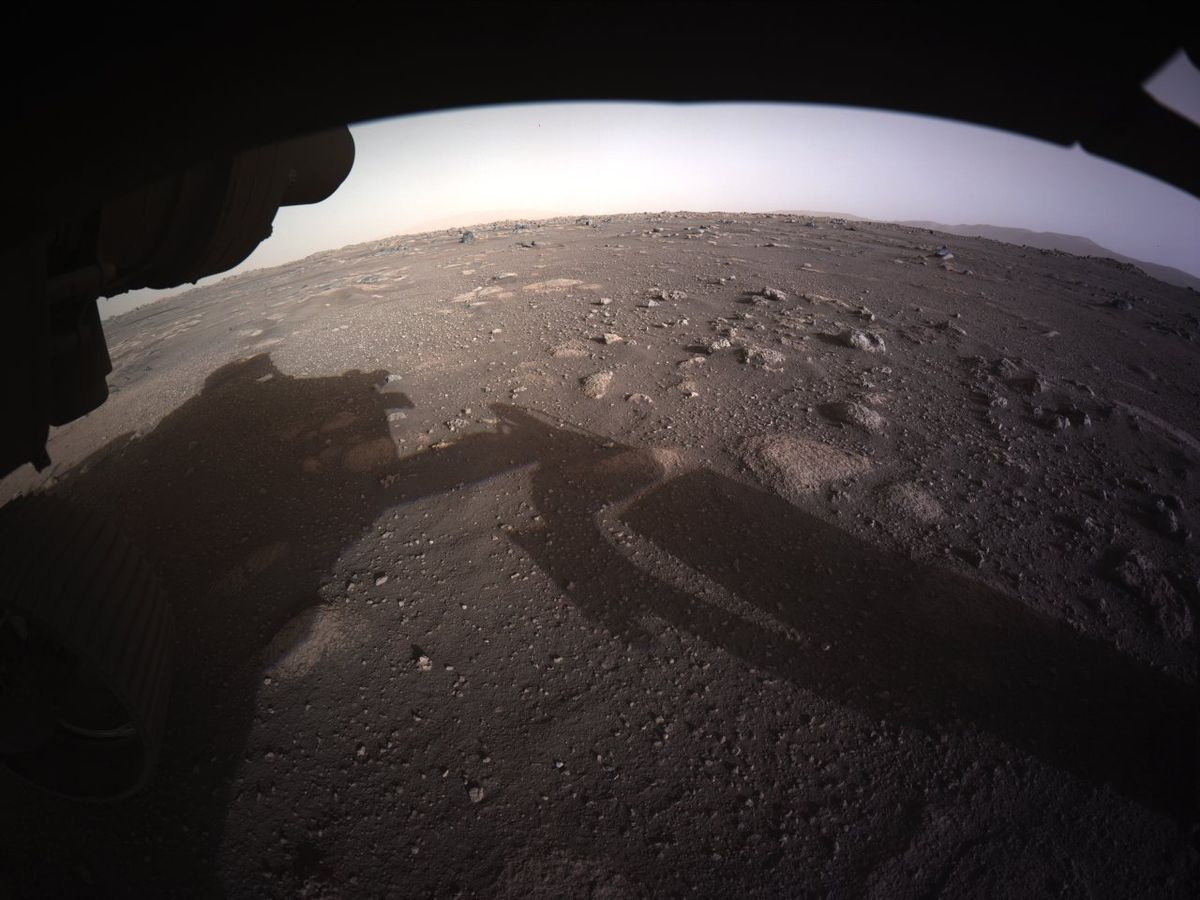 To the novice eye, the new home of NASA’s Perseverance rover on Mars is a windswept plain, as desolate and barren as one could imagine.

Mission scientists, however, see a playground full of wonders in the first colour photos that the rover sent back overnight after it successfully touched down on the floor of Jezero crater on Thursday.

In one image, a wide angle view taken from one of the rover’s engineering cameras, the foreground is littered with half-buried rocks of unknown type. “We’re picking out different colours and tones and textures,” said deputy project scientist Katie Stack Morgan at a post-landing press briefing on Friday.

The objective, she said, is to learn the history of the various rocks in the crater. That will serve as a starting point for the rover’s larger mission of discovering if the location hosted life about 3.7 billion years ago, when the crater was a water-filled lake.

Some of the rocks appear curiously pitted. In a separate, close-up they are clearly riddled with small holes which geologists call “vugs.” On Earth there are a number of ways such holes can form. If the rock is sedimentary, the holes can be carved out by water flowing through the rock and dissolving various minerals. But if the rock is volcanic in origin, gas bubbles that erupt from lava as it solidifies can produce similar looking features.

“Both of those [possibilities] would be exciting to the team,” Dr. Morgan said.

If the rock is sedimentary it might be a clue to the crater’s watery past. If it is volcanic, it likely came later, presumably when an eruption blanketed the crater. That would help establish a chronology of when the crater was habitable and for how long.

More distant targets also beckon in the wide-angle photo, including a ridge that looms on the horizon and may be a portion of the river delta that led scientists to choose Jezero as the landing site for Perseverance. The rover is expected to make its way in that direction later this year after checking out its immediate surroundings and deploying a small helicopter.

Another image released on Friday is an unusual “selfie” taken by a camera on the rocket-powered carriage that carried the rover toward its landing site. It shows the rover from above, just metres from the surface, as it is being lowered down on cables. The elaborate manoeuvre, which was also used to land the Curiosity rover in 2012, has never been captured in an image before.

During the Friday briefing, the mission’s chief engineer, Adam Steltzner, said he hoped the image will inspire people much like a well known photograph of Apollo astronaut Edwin “Buzz” Aldrin walking on the moon, along with other iconic pictures from the history of spaceflight.

“It is evocative of those other images from our experience as human beings moving out into our solar system — those images that bring us into the process of our exploration,” Mr. Steltzner said. “And I’m so happy that we can contribute another to that collection.”