‘God willing’ there will be a packed Super Bowl next year, Biden says – New York Post 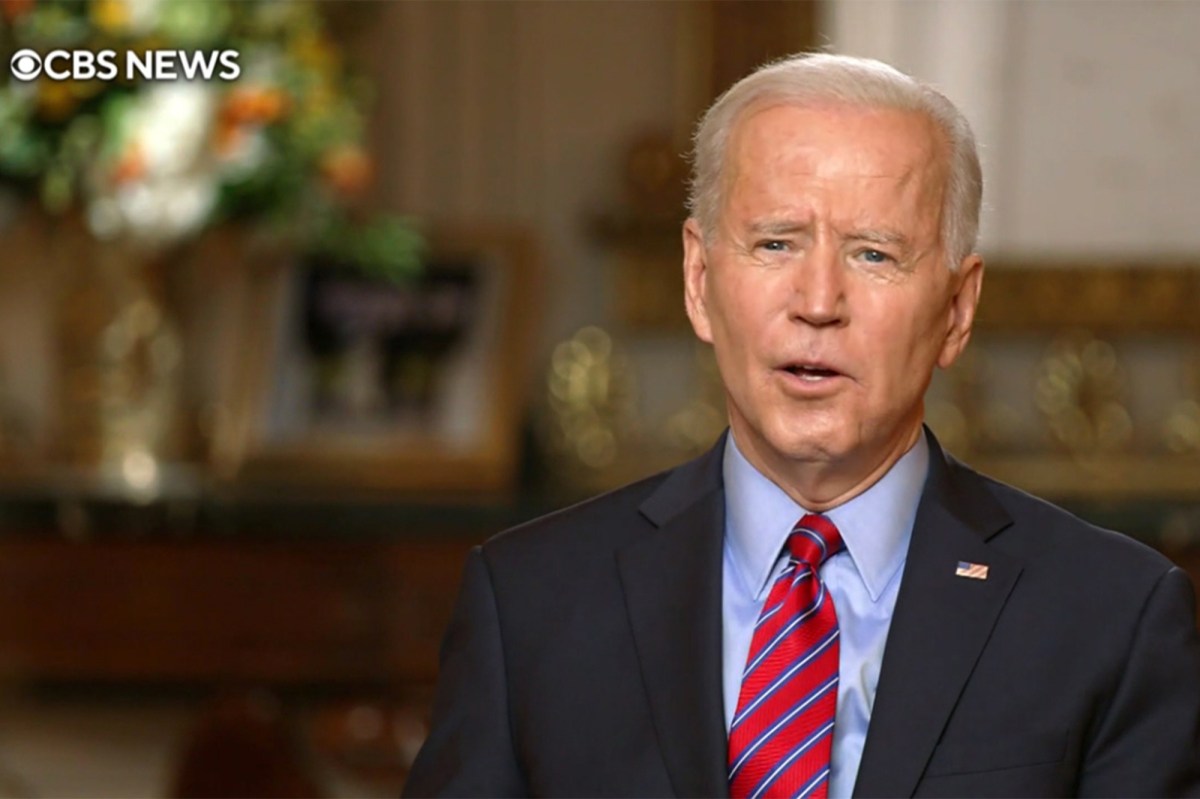 President Biden said that “God willing” there will be a full stadium for the next Super Bowl — and that federal guidelines for reopening schools amid the COVID-19 pandemic could be unveiled Wednesday.

During an interview excerpt that aired Sunday during CBS’s pre-game show for Super Bowl LV, Biden said it was his “hope and expectation” that fans would fill the stands next year.

“God willing, we’ll be able to celebrate as usual a year from now,” he said.

The NFL has said that only 25,000 people will watch Sunday’s championship in person at Raymond James Stadium in Tampa, Fla. — along with 30,000 fan cutouts.

Biden said he’d told his coronavirus “team” about NFL Commissioner Roger Goodell’s Thursday offer to use all 32 pro football stadiums as mass-vaccination sites, but he didn’t say which — if any — would be pressed into service.

Asked by “CBS Evening News” anchor Norah O’Donnell about the impact of school closures on the nation’s children, Biden said, “I think it’s time for schools to open safely.”

The president cited concerns including “ventilation systems” in classrooms, but said Dr. Rochelle Walensky, director of the federal Centers for Disease Control and Prevention, would be releasing safety guidelines “as early as Wednesday.”

On the subject of the big game between the reigning champion Kansas City Chiefs and the Tampa Bay Buccaneers, Biden said that the Bucs’ Tom Brady — a six-time Super Bowl winner — was “obviously…a great quarterback.”

But he also said the Chiefs quarterback, Patrick Mahomes, “seems to have a lot of potential.”

Asked if that meant he thought Kansas City would win, Biden answered, “I didn’t say that.”

“I think they’re both great quarterbacks.”

The 4-1/2 minute excerpt of the interview — the first Biden has given to a TV network anchor — was among several that CBS has broadcast since Friday evening.

Another is set to air Monday on the CBS Evening News, O’Donnell said.