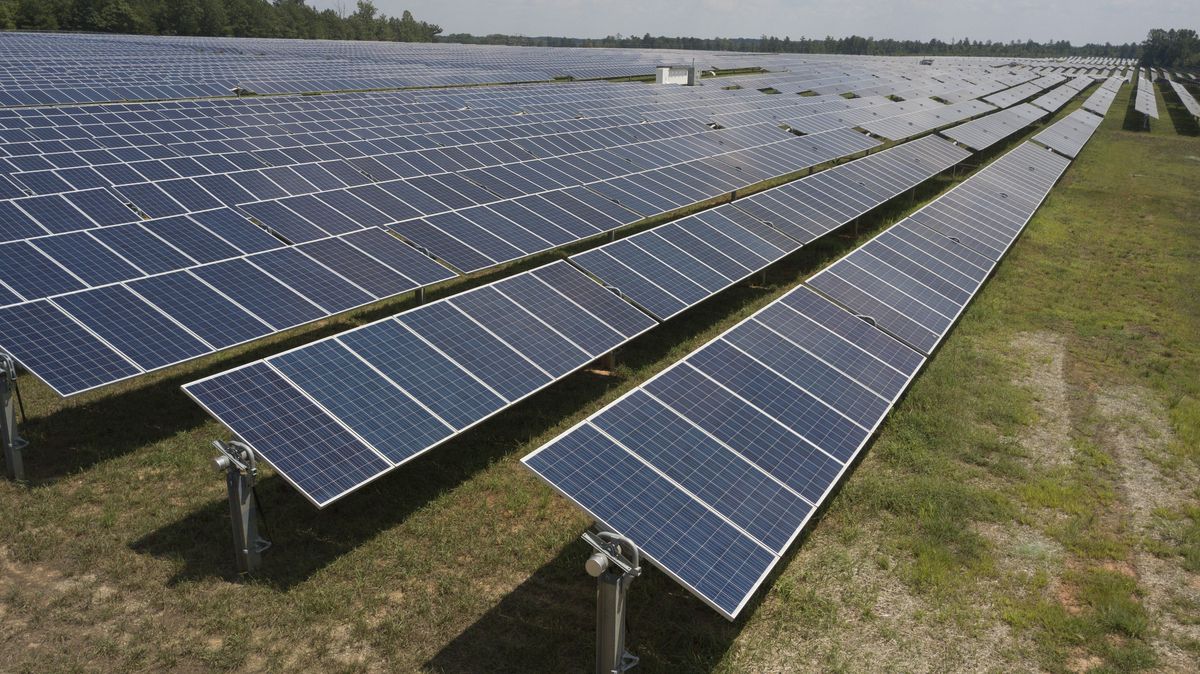 The macro tailwinds for TSX-listed independent power producers have “never been stronger,” according to Desjardins Securities analyst Bill Cabel.

“While it is undeniable that much of the ‘rocket fuel’ driving the IPP/renewables sector is funds flow related to ESG/sustainable investing, regardless (and pandemic aside), the need and global drive for renewable energy has never been stronger, in our view,” he said. “There is a huge focus on climate change and decarbonization. Recently, the UN reported that even with the increased effort to build out renewable energy and other decarbonization programs, it is still not enough to prevent global warming—everyone needs to do more if we want to prevent ‘catastrophic’ global warming. The growth runway for renewables IPPs is massive—whether it is greening operations, supply chains, power grids, demand from electrification (EVs and air conditioner use) and/or the adoption of green hydrogen, the demand is astonishing given renewable energy is not only clean energy but also the most competitive form of energy in many jurisdictions.”

“While competition is a commonly cited investor concern, we remain relatively unconcerned given the global demand for renewables, the global footprint and our IPPs’ ability and their proven track record of sourcing growth; they are the best at what they do — finding and developing projects.”

In a research report previewing fourth-quarter 2020 earnings season, Mr. Cabel reiterated his prediction that 2021 is likely to be volatile for IPPs in his coverage universe and said he’s “discouraged by the uncertainty” lingering around the COVID-19 pandemic, particularly the difficulties seen in vaccine distribution.

However, he said: “the longer the pandemic runs, the bigger the tailwind for our IPPs as an economic recovery will take that much more time, pinning rates at historically low levels for longer.”

Given that bullish prediction, he thinks it’s “time to change the way we view these companies.”

“We believe it is high time investors give these world-class renewables developers some credit for their expertise and track record,” he said. “While our friends Messrs Sarbanes and Oxley correctly pointed out that past performance is no guarantee of future performance, we believe we can all agree that a sector that has seen 10-year average CFPS [cash flow per share] growth above 10 per cnet and which is now in a much improved growth environment should be able to cobble together some future growth. … We have revamped our valuation methodology and are now ascribing value to the ‘expected future development success’ part of our IPPs.”

With his new valuation approach, which highlights “the proven long-term history of growth from our IPPs and the expectation that growth will continue,” Mr. Cabel raised his target prices for stocks in his coverage universe.

“Our preferred names remain NPI, BLX and AQN, while we believe CPX is deeply undervalued and could be an ESG winning story,” Mr. Cabel said.

“We believe AQN should be able to deliver strong, sector-leading returns, and it remains one of our preferred names in the sector. In the long term, stable, diverse operations combined with significant growth and a strong likelihood of another 10-per-cent annual dividend increase in 2021 should fuel further share price appreciation,” he said.

“We believe that BEP, which arguably has the strongest asset portfolio (primarily high-quality, long-life hydro assets) in our coverage universe, offers investors long-term and growing cash flows, as well as a unit price that should benefit from continued steady distribution growth. However, we believe the current valuation remains rich at 24.1 times EV/EBITDA (2022E), which keeps us on the sidelines,” he said.

“Given its positioning in France (where it is the #1 IPP) and the country’s aggressive onshore wind growth targets, in addition to its recent very successful expansion into New York, we believe the growth outlook for BLX is positive. We continue to believe that BLX will be successful in the onshore wind auctions in France given its history and relationships there, and we believe that it could continue to win projects from the New York auctions,” he said.

“INE boasts a high-quality portfolio with a higher weighting toward much sought after long-life hydro assets. We believe the recent strategic alliance with Hydro-Québec and the expansions in the U.S. are positive developments. However, we also believe that valuation remains fair at current levels given the elevated payout ratio, and the company’s less transparent growth pipeline keeps us on the sidelines,” he said.

“We expect significant global offshore wind growth over the next decade and believe NPI is the best way for Canadian investors to play the space, given it is a top 10 global player in offshore wind. Furthermore, we believe there is valuation upside potential from the offshore wind assets (specifically those under development). NPI has the best visibility to solid 2026 cash flow growth through its offshore wind JVs (in Taiwan and Poland), and we expect additional value to be realized as NPI progresses its Japan and South Korea JVs. NPI therefore remains one of our preferred names,” he said.

“At this point, given the relatively lower visibility into its long-term growth vs peers, we are cautious on the story and remain on the sidelines,” he said.

“CPX offers investors deep value in light of our view that it is mispriced in the market; it offers exposure to the hot renewables market but also provides a unique re-rate angle as it works to remove coal (by 2023). Longer-term, we believe another re-rate could be possible as CPX cleans up its strategically important natural gas assets through a hydrogen/carbon capture, utilization and storage solution.,” he said.

With that view, Mr. Chan raised his target prices for stocks in his coverage universe, reiterating Onex Corp. as his top pick in the financial sector:

“We estimate Q4/20 EPS of $0.65 (from $0.63) above current consensus of $0.63,” he said. “We believe the variance relates to better SG&A and growing Wealth Management. Our higher estimate mainly reflects marking Dec/20 AUM (up 5 per cent quarter-over-quarter). We are expecting higher QoQ revenue (more than 7 per cent) mainly due to wealth/administrative fees incorporating a full quarter of Balasa Dinverno Foltz and Aligned Capital that closed in Oct/20.”

“We estimate Q4/20 EPS of $0.90 (from $0.88) in line with the Street at $0.90,” he said. “Our slightly higher forecast mainly reflects marking Dec/20 AUM (7-per-cent organic asset growth) slightly offset by higher expenses. Management is expected to provide 2021E cost guidance alongside year-end results and suggested a 3-per-cent year-over-year growth cap.”

“For Q4/20, we estimate Onex’s hard NAV (US$) increasing by 8 per cent quarter-over-quarter,” he said. “This would reflect a 4-per-cent quarter-over-quarter increase converting to CDN$ (negatively impacted from FX). Our higher NAV reflects increased marks on their publicly traded securities (e.g. Emerald, JELD WEN, Celestica). We also raised our marks on their private companies, which should benefit from positive equity market performance (Q4: S&P 500 up 12 per cent) and Onex Credit Partners (e.g. particularly equity tranche investments in CLOs with the Credit Suisse Leverage Loan Index up 4 per cent quarter-over-quarter). Based on our Q4/20 NAV forecast, we estimate ONEX shares now trade at a 27-per-cent discount vs. a slight historical premium.”

“In the context of the pandemic, management has put a greater focus on capital preservation, while maintaining the flexibility to execute on targeted acquisitions, and ultimately to continue to benefit from market consolidation,” he said.

“APR is the only Canadian REIT that is 100 per cent exposed to auto dealership properties,” said the analyst. “We believe APR’s business model is relatively conservative, notably due to the long-term, triple-net nature of its rental leases with imbedded contractual annual rent escalators. We also note that within the portfolio, the exposure is diversified through 32 global manufacturers or brands.”

Cautioning the “relatively limited” liquidity and institutional interest, given the strategic ownership by both the Dilawri Group and TWC Enterprises, he set a target of $12 per unit, exceeding the $11.50 average on the Street.

“We believe the REIT could outperform the real estate sector once the global economy, and more specifically the Canadian economy, more significantly gets into recovery mode,” he said. “Governmental interventionism is obviously a major factor. In parallel, the REIT has two contracts with Tesla Motors (TSLA-Q, Not Rated), a relationship we believe could further expand in the mid- to long-term.”

He initiated coverage of the Toronto-company, which owns Mongolia’s first exploration license for lithium brine, with a “buy” recommendation.

“ION’s management and board have been operating in Mongolia for over a decade. In addition to ION, the team also runs a brand-new gold producer named Steppe Gold (STGO-T). Management and board members own 31 per cent of ION’s outstanding shares.”

Also emphasizing its “strong” balance sheet and expecting a supply deficit in the lithium market in 2024 that will lead larger miners and battery manufacturers to seek stable supply sources, Mr. Rajeev, currently the lone analyst on the Street covering the stock, set a fair value of 96 cents per share.

In response to the deal, announced Tuesday before the bell, he reiterated his bullish stance on the Toronto-based design and technology firm, expecting further M&A activity to come.

“IBI currently trades at 8.0 times EV/FY1 EBITDA, a 6.4-times discount vs its engineering services peer group, which we view as unjustified given its stronger margin profile and growing Intelligence practice,” said Mr. Poirier. “We expect the stock to be re-rated as the SaaS business grows and management continues to strategically deploy capital toward M&A over the mid-term.”

* Credit Suisse analyst Curt Woodworth upgraded Stelco Holdings Inc. (STLC-T) to “outperform” from “neutral” and hiked his target to $26 from $14.50. The average on the Street is $27.74.

* Credit Suisse’s Andrew Kuske downgraded Canadian Utilities Ltd. (CU-T) to “neutral” from “outperform” with a $36 target, rising from $35 and above the $35.38 average.

* BMO Nesbitt Burns analyst Jackie Przybylowski raised her target for Agnico Eagle Mines Ltd. (AEM-T, AEM-N) to US$105 from US$103 with an “outperform” rating. The average is US$92.32.

* Canaccord Genuity’s Robert Young cut Haivision Systems Inc. (HAI-T) to “hold” from “buy” with a target price of $13.50, up from $11.50. He’s currently the lone analyst on the Street covering the Montreal-based video streaming and networking solutions provider.