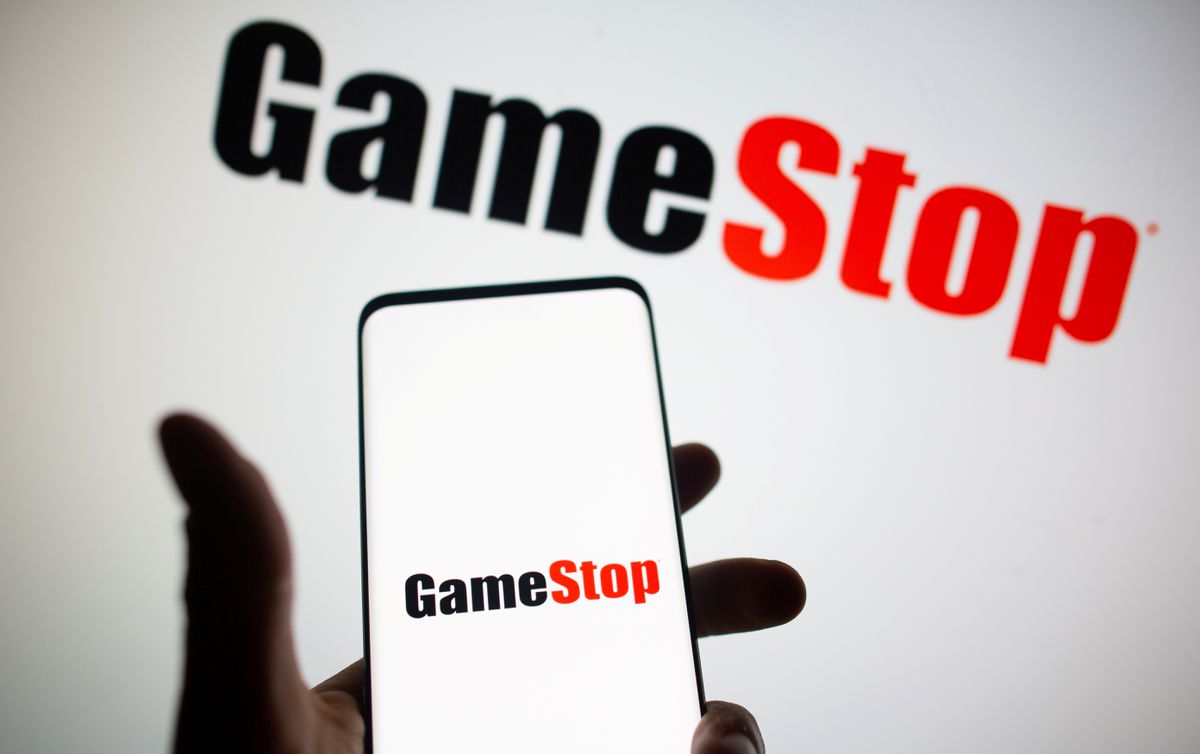 Mass buying by amateur traders over the past two weeks has driven wild price gyrations in companies that big U.S. fund managers had bet against, including videogame retailer GameStop and cinema operator AMC Entertainment.

GameStop’s U.S.-listed shares (GME-N), which scaled as high as $483 last week, fuelled by posts on the popular Reddit forum WallStreetBets, deflated this week to $90 as fee-free broker apps including Robinhood imposed buying curbs.

They erased early declines to rise 11% in pre-market trading on Wednesday, while shares of AMC (AMC-N) gained 7.8%. GameStop’s Frankfurt-listed shares continued their pace of declines, falling 24% by 1030 GMT.

Silver, which briefly surged on Monday as small traders bought up the metal, steadied about 10% below its recent peak.

“The unwind is obvious,” said Oriano Lizza, premium sales trader at brokerage CMC Markets in Singapore. But he added that it would be easy for nimble small investors to regroup and target fresh companies.

“I think from a regulatory standpoint, the concern is that they could continue to do this,” he said.

The head of the U.S. Securities and Exchange Commission, which regulates markets, will meet with Yellen and the heads of the Federal Reserve and the Commodity Futures Trading Commission, possibly as soon as Thursday, a Treasury official told Reuters.

Yellen has asked to discuss recent volatility and whether trade has been consistent with fair and efficient markets.

It was not clear if a meeting could result in action, but experts expect focus to also fall on the ever-larger role played by non-bank firms such as hedge funds in financial markets, while small traders are bracing for a showdown.

“Final boss fight. It’s happening tomorrow with Yellen, SEC and Federal Reserve,” read one Wednesday post on Reddit. “They are either going to try and stop the party or they are looking for money to pay us and not crash everything at the same time.”

Small investors’ participation in stock markets has exploded over the past year as pandemic lockdowns, volatility and stimulus payments have driven a worldwide day-trading craze.

The phenomenon has pushed equity indexes from New York to Seoul to record highs and boosted the price of assets from cyptocurrencies to new stock market listings.

The assault on GameStop short-sellers took it to a new level as small traders appeared to act in concert as they organized buying over Reddit. Posts encouraging silver buying also boosted prices on Monday, although that proved short lived.

“The power of the retail investor exists,” said Chris Brankin, CEO at TD Ameritrade in Singapore.

“We could see other similar events more regularly, but be sure the regulators will look to curb any market (volatility) or manipulation,” he said.

In the washup, Melvin Capital, one of the biggest funds betting on a drop in GameStop’s share price, lost 53% in January. Others, such as billionaire investor Steven Cohen’s Point72 Asset Management lost nearly 9%, investors said.

Online broker Robinhood has also come under pressure and has scrambled to raise more than $3 billion in a week as it races to meet funding needs stemming from the trading boom.

Robinhood further relaxed some of its restrictions on trade on Tuesday, increasing buying limits on GameStop stock, for example, from 20 shares to 100 shares.