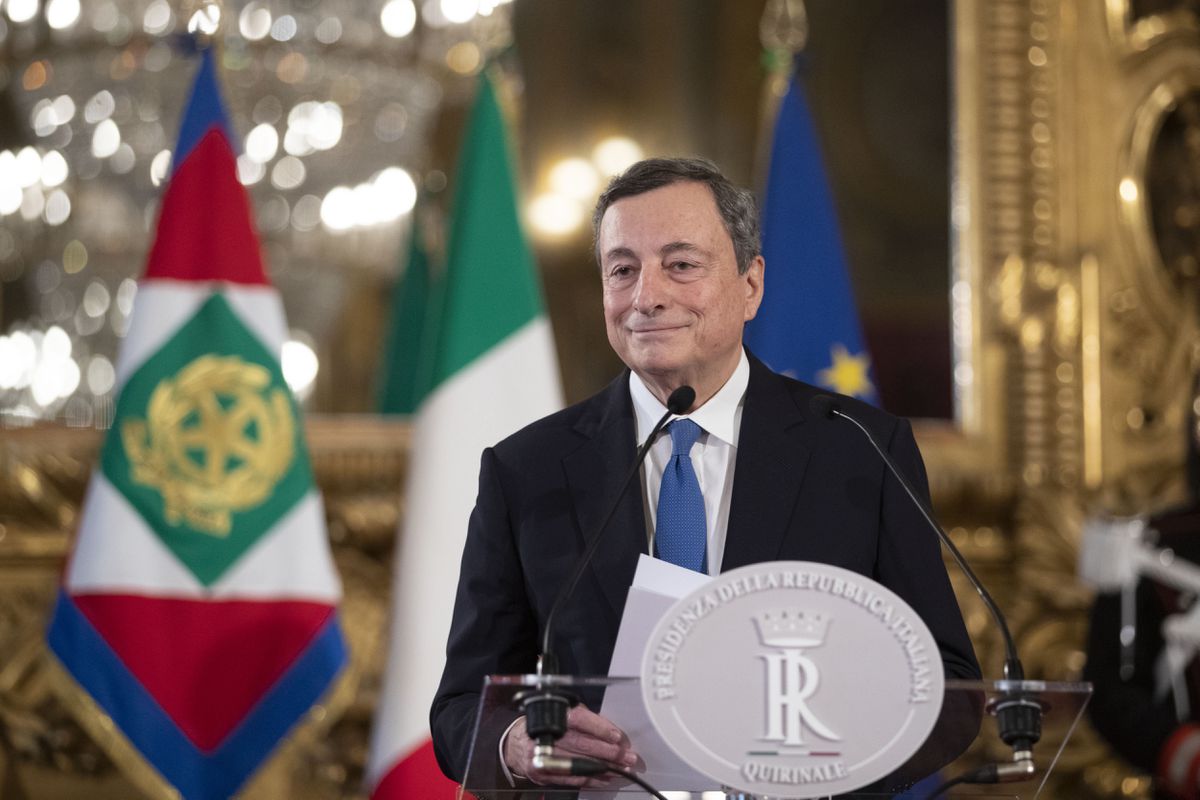 Draghi must now try and muster support in the fractured parliament, with some political parties reluctant to back an administration led by a technocrat.

The president said national elections during the coronavirus pandemic were unwise, and warned that a new administration had to take office immediately or the country risked missing out on more than €200-billion ($243-billion) from a European Union fund designed to help overcome the economic slump.

However, there was no guarantee that the highly respected Draghi would be able to muster sufficient support, with the largest party in parliament, the anti-establishment 5-Star Movement, immediately ruling out its backing.

Draghi is widely credited with pulling the euro zone back from the brink of collapse in 2012, pledging to do “whatever it takes” to save the single European currency.

He has largely vanished from the public eye since his ECB term ended in October 2019, but his name emerged as a potential premier in recent weeks as political turmoil combined with the health and economic emergencies to form a perfect storm.

The first European country to be hit by the coronavirus, Italy has seen more than 89,000 deaths since its outbreak almost a year ago – the sixth-highest toll in the world.

Lockdowns aimed at curbing the contagion have devastated the economy and data released on Tuesday showed that Italy’s gross domestic product shrank by 8.8 per cent in 2020 – its steepest annual drop since World War Two.

The first challenge facing Draghi will be parliament.

The 5-Star, which has formed the backbone of Italy’s last two coalition governments, has repeatedly railed against the concept of technocrat governments and would likely face a grassroots revolt if it backed the veteran central banker.

“The 5-Star would only have supported a government led by Giuseppe Conte,” said Riccardo Fraccaro, a party bigwig and government undersecretary.

If the 5-Star remains on the sidelines, all eyes will be on the next two largest parties – the centre-left Democratic Party (PD) and far-right League – who are sworn political enemies but might have to vote together to give Draghi a chance.

Asked whether his eurosceptic party would back the 73-year-old economist, League leader Matteo Salvini said it would depend on his plans. “He has to tell us what he intends to do,” Salvini told Italian daily Corriere della Sera.

One League source said the party would offer its support if it got a commitment from Draghi to hold elections in a year.

The PD was largely supportive of Mattarella’s move, but did not offer unconditional backing. “The Democratic Party will have to think about what to do in relation to what others are doing,” said PD deputy leader Andrea Orlando.

A Draghi government would reinforce Italy’s international standing at a time when it has the presidency of the G20. But taking the job would carry risks for him.

The last time a technocrat took charge was in 2011, when another economist, Mario Monti, was entrusted with helping Italy out of a debt crisis. Parliamentarians soon turned on him when they deemed that his economic medicine was too pungent.