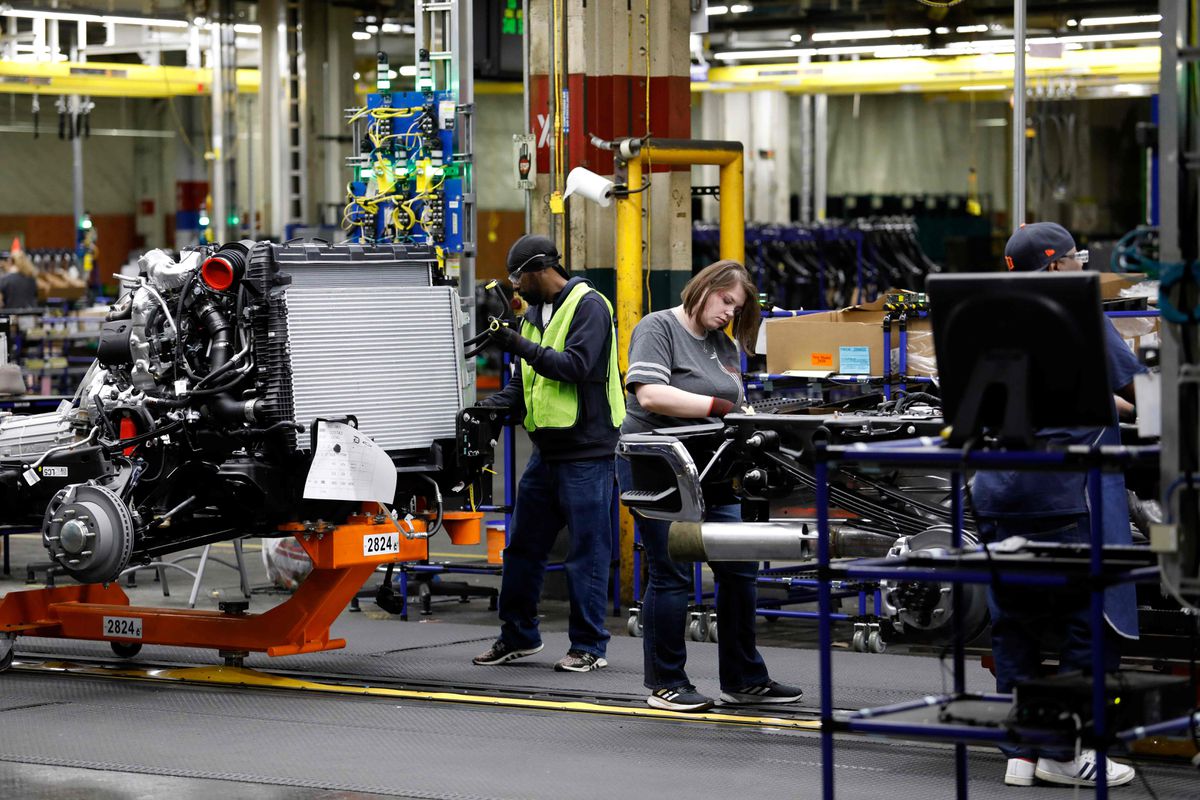 It has been a long time since anyone took it on faith that what is good for General Motors is good for America. The question raised by GM’s plans to stop making gasoline-powered cars and light trucks by 2035 is whether the automaker has instead tied its fortunes to China.

The Detroit-based automaker’s announcement last week that it aims to sell only zero-emissions vehicles by the middle of the next decade seemed to signal that its legacy car business is headed for the scrap heap much sooner than most industry watchers had imagined. Such a development would have vast – and mostly negative – implications for North American supply chains, which remain overwhelmingly tied to the manufacturing of gasoline-powered vehicles.

Most components for electric vehicles, including the rare earth minerals needed to build electric batteries, come from Asia. The GM Bolt EV, which is assembled at a facility in Detroit, contains only one-quarter North American content – far below the 75-per-cent threshold for duty-free treatment set under the Canada-U.S.-Mexico free-trade agreement.

GM will soon begin to assemble its electric batteries in North America for the first time at an Ohio plant, under a joint venture with South Korean battery maker LG Chem. But the disruption caused by the company’s shift to an all zero-emissions product line would likely entail the loss of thousands of North American assembly jobs. Electric vehicles contain a fraction of the parts of a gasoline-powered car and requires far fewer workers to assemble.

China is leading the shift to electric vehicles, or EVs, with massive state subsidies and regulations. GM, which operates in China through a joint venture, will need to expand its offering of EVs in that market if it is to keep pace with domestic producers such as Chinese leader Geely. But GM’s push in China appears to be at odds with its fortunes at home.

In North America, GM sells mostly pick-ups and SUVs, whose sales have been going gangbusters in recent years, generating juicy profits for the 112-year-old automaker. EVs accounted for less than 2 per cent of the entire U.S. auto market in 2020, while sales of Chevrolet Silverado and GMC Sierra heavy-duty pick-ups led GM to a banner year.

For now, the stock market has ignored the cognitive dissonance created by GM’s plan to stop making gasoline-powered cars in barely 15 years even though the latter remain its bread and butter. Investors are increasingly viewing its shares as an EV play, much like Tesla. Speculation that GM will spin off its EV unit from its legacy auto division has also driven its shares higher.

GM’s announcement last week was also seen as an attempt by the company to get on the right side of history as President Joe Biden moves rapidly to reinstate climate policies rolled back under Donald Trump. Mr. Biden’s climate plan includes building 500,000 EV-charging stations and electrifying the U.S. government’s auto fleet of more than 650,000 vehicles. GM had sided with the Trump administration in fighting California’s stricter fuel emission standards. It dropped its opposition to those standards within days of the November presidential election.

Still, GM has not actually made a hard commitment to end the production of gasoline-powered vehicles by 2035. Its press release last week referred only to an “aspiration to eliminate tailpipe emissions from new light-duty vehicles” by that year.

In announcing the 2035 target, chief executive officer Mary Barra said GM was “working to establish a safer, greener and better world.” But the company that Ms. Barra has headed since 2014 could have done so years ago by promoting sales of fuel-efficient compact gasoline-powered cars. Instead, GM went all-in on gas guzzling SUVs and pick-ups after emerging from bankruptcy protection and being bailed out by U.S and Canadian taxpayers in 2009.

Ms. Barra is now attempting to remake GM’s image as a green-car leader. The automaker plans to run ads during Sunday’s Super Bowl that feature comedian Will Ferrell taking a light-hearted jab at Norway, where EVs accounted for more than half of new car sales in 2020. But GM’s new marketing will not match the company’s reality any time soon – perhaps not even in 2035.