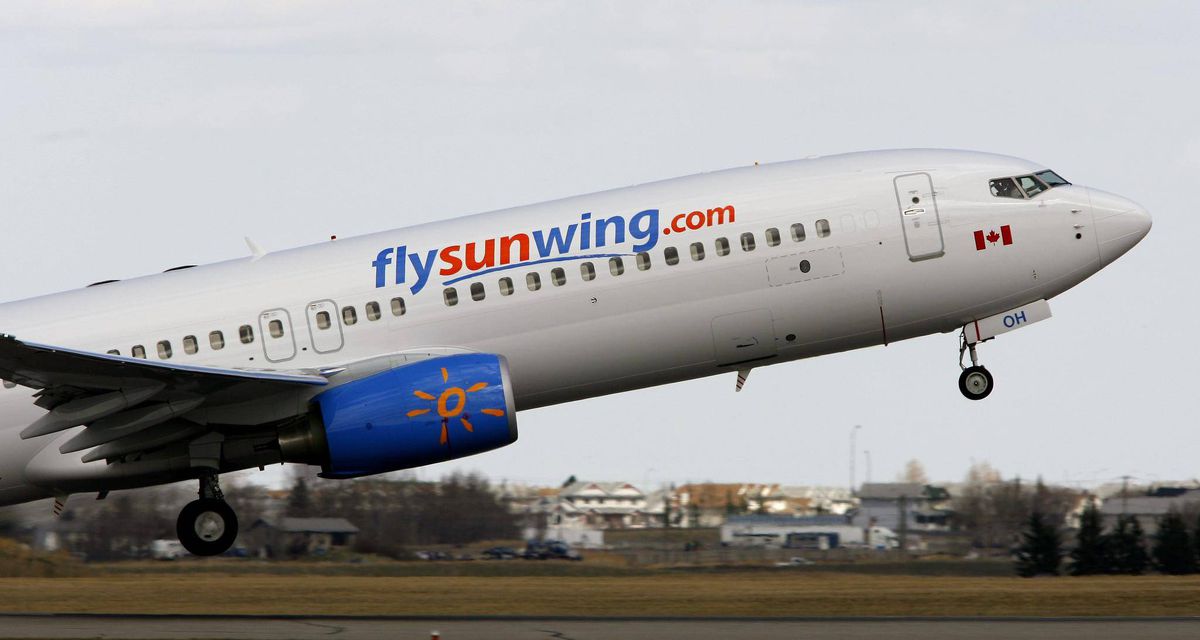 The federal government is extending $375-million in credit to Sunwing Vacations Inc. and Sunwing Airlines Inc., days after the airline agreed to suspend flights to Mexico and the Caribbean.

Toronto-based Sunwing is among the four airlines cancelling flights to several vacation destinations until the end of April at Ottawa’s request. WestJet Airlines Ltd., Air Canada and Transat AT Inc. also agreed to cancel flights to many sun destinations. The drastic move is a bid to slow the spread of a new and more transmissible variant of COVID-19.

The loan is being granted to the two divisions of Sunwing Travel Group under the federal government’s Large Employer Emergency Financing Facility (LEEFF), which was established in May to help big companies weather the pandemic. So far the program has proved unpopular, with fewer than 20 applicants and only two other loans approved: $200-million to Gateway Casinos and Entertainment Ltd., and $120-million to B.C. coal miner Conuma Resources Ltd.

Sunwing, which employs about 3,000 people in Canada and flies mainly to the Caribbean and Mexico, kept its planes grounded in the first months of the pandemic. The privately owned airline restarted flights in November, but will have to curtail most of its activity once again because of the new restrictions.

Sunwing has so far drawn down $50-million of the $375-million credit facility.

COVID-19 has caused an unprecedented crisis for the aviation industry. Airlines have laid off tens of thousands of employees and cancelled routes to cities across the country. The latest wave of COVID-19 infections has brought even more restrictions for travel. On Friday, Prime Minister Justin Trudeau said air passengers arriving in Canada will soon have to take a COVID-19 test upon arrival and quarantine for three days at a hotel while awaiting the result, all at their own expense.

When the LEEFF program was launched, then-finance minister Bill Morneau said it would “be very important” for hard-hit sectors such as the aviation industry. Up until now, many airlines have avoided the program, choosing instead to draw down their credit lines or tap public capital markets while they negotiate for an industry-specific bailout. Those that did apply decided to slow-walk their applications while waiting for federal government aid.

The airline bailout talks have dragged on for months, with refunds to airline customers proving a major sticking point. As part of the LEEFF funding, Sunwing has agreed to maintain an account with money received from customers for travel that was cancelled because of the COVID-19 pandemic.

“This account will be maintained until the government’s broader discussions with the airline industry conclude and a policy is established for the treatment of these prepaid amounts,” the Canada Enterprise Emergency Funding Corp., which runs the LEEFF program, said in a Monday news release.

The LEEFF program is aimed at companies with $300-million or more in annual revenue that are seeking financing of at least $60-million.

LEEFF loans are structured to be less attractive than most private-sector loans, as the federal government looks to be a last resort for companies with no other options, rather than a competitor with private lenders.

The loans have a high interest rate, which increases each year. The rate on the unsecured part of a loan starts at 5 per cent for the first year, rises to 8 per cent in the second and climbs by two percentage points each year afterward.