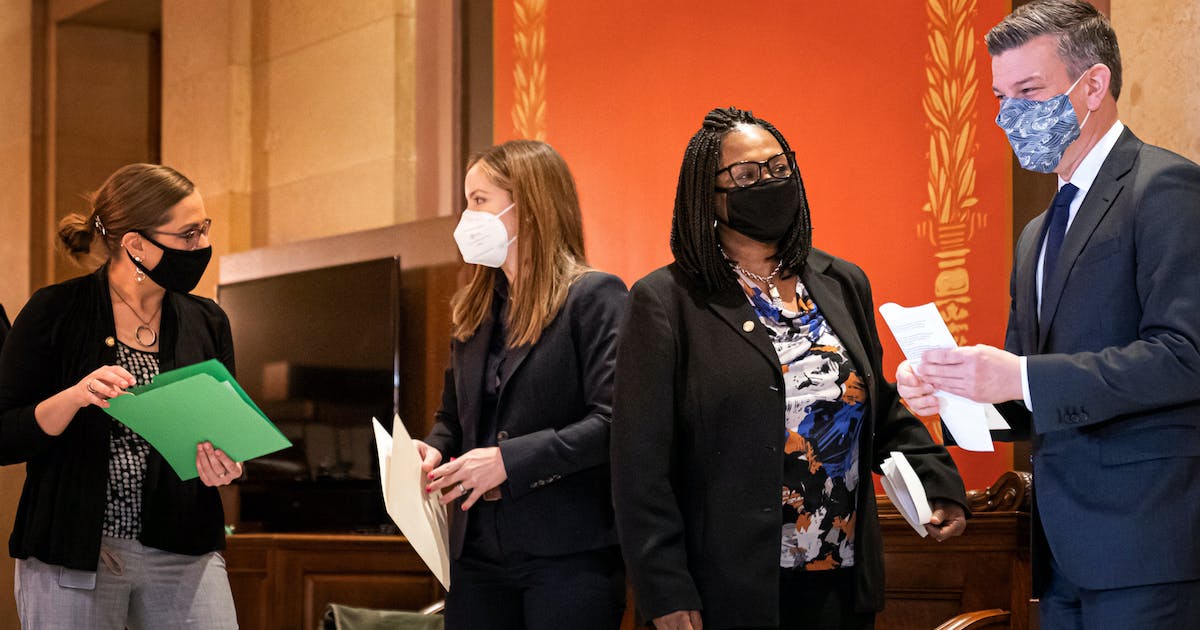 An influential group of Minnesota legislators is renewing a push to legalize recreational marijuana this year, as more neighboring states allow and reap the financial windfall from legalized cannabis sales.

“The ability for Minnesotans to drive across the border to get cannabis is going to increase significantly,” said House Majority Leader Ryan Winkler, DFL-Golden Valley, at a news conference on Monday. “People are willing to drive to Wisconsin in order to buy fireworks. They’re sure as heck going to drive to South Dakota to get cannabis.”

Fifteen states, including South Dakota and Illinois, have voted to legalize recreational marijuana, and supporters in North Dakota are trying to get legalization on the 2022 ballot.

Republicans who control the Minnesota Senate remain opposed, saying the state is facing far more serious problems with the COVID-19 pandemic, balancing the budget and reopening schools. “I would not consider legalizing recreational marijuana as a Minnesota priority,” said Senate Majority Leader Paul Gazelka, R-East Gull Lake, in a statement. “Just because it’s legal, doesn’t mean there aren’t consequences. We’re just starting to learn about legalization’s adverse effects in other states like Colorado and Washington. There is no reason to rush this in Minnesota without learning more.”

A Star Tribune/MPR News Minnesota Poll a year ago found that 51% of registered Minnesota voters support legalizing the drug.

Minnesota currently allows cannabis use only for certain medical conditions. Gov. Tim Walz has said he supports legalization as a criminal justice reform priority that could also generate revenue.

“Our priority is to end the black market for cannabis,” said Winkler. He said the current system has had the “deliberate effect of criminalizing thousands and thousands of Minnesotans based on their race.”

While Black and white Minnesotans use cannabis at similar rates, Black Minnesotans are five times more likely to be arrested for marijuana possession, according to the ACLU of Minnesota.

“The legalization of adult use cannabis will result in health, economic, criminal justice and civil rights benefits for Minnesotans,” Moran said. “People from all demographic backgrounds and in all areas of the state are demanding a change to our outdated policies about cannabis.”

Democrats have the support of at least one GOP lawmaker. Rep. Patrick Garofalo, R-Farmington, said in a statement that he looks forward to working with legislators on both sides of the aisle as well as the substance abuse recovery community on the issue.

“Members of all political parties should work together towards implementing a better regulatory model to address the expensive, inefficient, and unfair prohibition on marijuana,” Garofalo said. “Contrary to what some will say, this is not a partisan issue. Many Republicans are interested in reforming these expensive laws.”

Sen. Melisa Lopez Franzen, DFL-Edina, who sponsored the Senate version of the bill two years ago, said that as an attorney and mother of two, she wants to see a regulated system that ensures marijuana is purchased and used by adults. The bill calls for health education resources for teens about the potential health consequences of underage marijuana use.

“We’re urging Republicans to recognize the significant benefits that this legislation would have in Minnesota and join us with their support,” Franzen said.