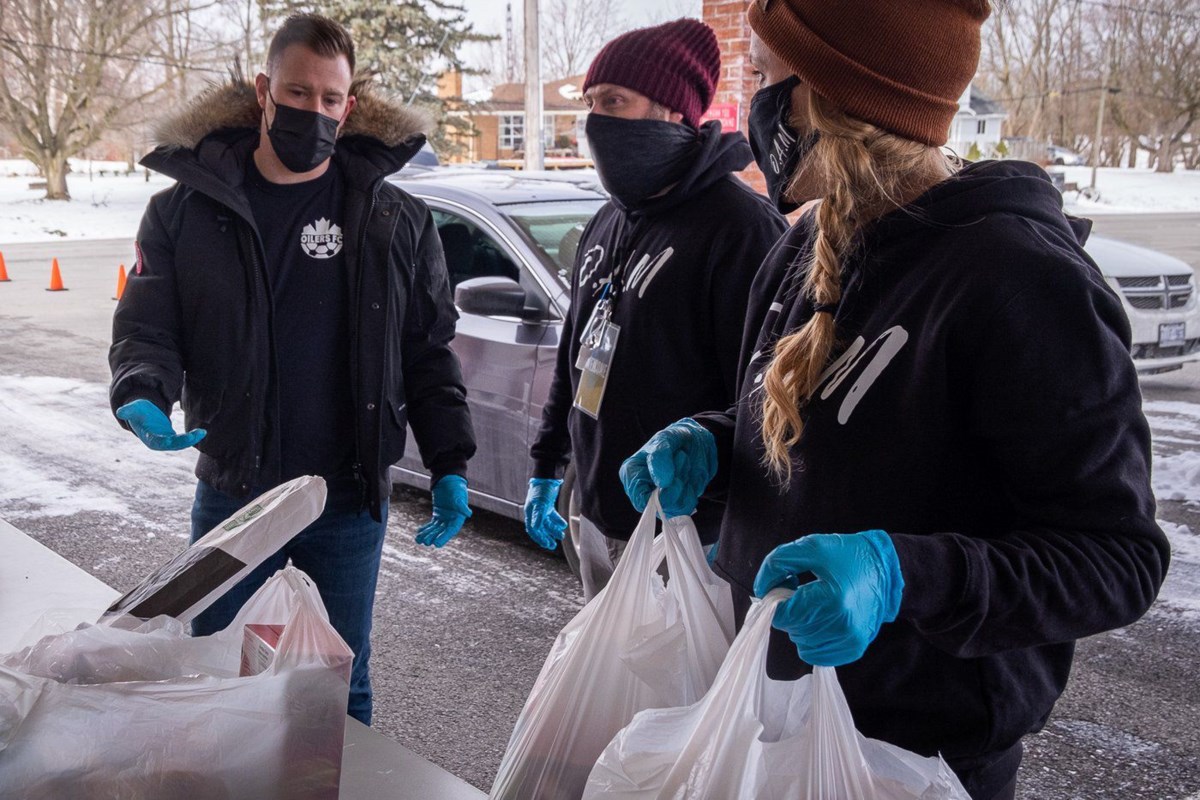 An hour-and-a-half before the food giveaway was scheduled to begin, cars had already begun to line up at the Wainfleet BIC Church this past Saturday.

Open Arms Mission of Welland, who paired up with the church, had around 1,500 pounds of donated food to giveaway at their first drive-through event, dubbed a “mobile food pop-up.”

Five bags, filled with everything from meat to pantry staples, were placed into trunks to keep interactions contact-free.

Within half-an-hour, volunteers had to trim the grocery bags down to only  three per car, and another 15 minutes later, everything was gone.

Compared to a previous effort last spring by the church to distribute food across an eight-week period, where few showed up, this giveaway surprised Trevor Main, one of the church’s pastors who helped out on Saturday.

The community’s need has risen “exponentially” since then, Main said.

“We really want to be about breaking down barriers and getting away from a traditional food bank,” he said.

Breaking down barriers, for the Mission, involves not qualifying a person for help — no questions are asked.

But people still volunteered their stories through car windows as Walsh  listened, face masked, wearing a black hoodie reading “#weareforwelland” on the back.

Unemployed, laid off, jobs lost — so the stories went.

Walsh said he experienced tear-filled reactions from people thankful for the  help. One woman was recently out of hospital, she told him. In the vehicle with her were four children.

“It’s an emotional time,” he said.

As volunteers broke down the numerous boxes from the skids of food, Walsh spoke of the community’s need.

“Certainly (COVID-19) impacted so many people in different ways.”

Walsh says the Mission wants to meet people where they’re at — those just trying to live an ordinary life.

“As the line was coming to an end, we began to run out of food and had to  limit the number of bags we were distributing. The family I was serving  was met with this news. The news was met with much sadness. This was  seen by the clients lined up behind the family. When these clients saw  this they immediately gave their food to the family … Kindness always wins.”

Jordan Snobelen is a reporter for the Local Journalism Initiative, which is funded by the Government of Canada.