‘The demand for what we do skyrocketed’: child hunger issue worsened by pandemic, says B.C. charity 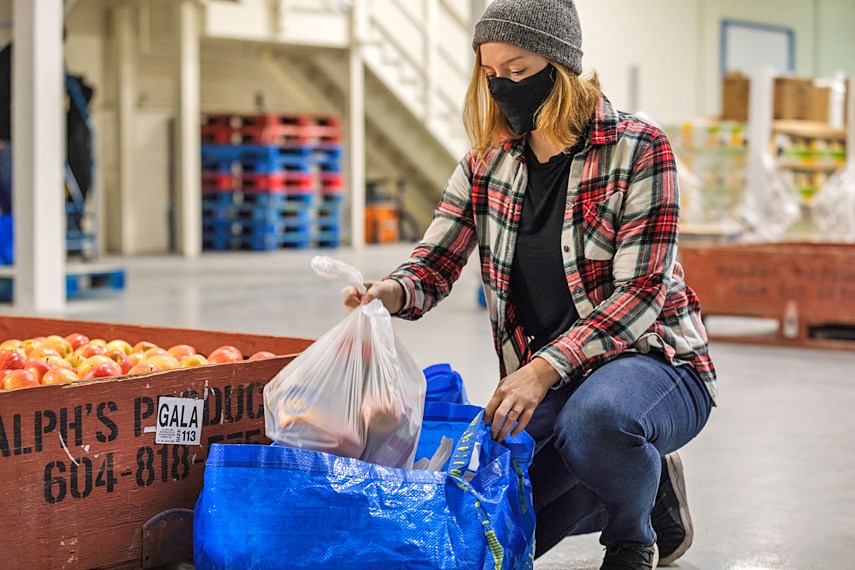 Childhood poverty and food insecurity remains an issue in British Columbia and has only been exacerbated by the pandemic, according to a Metro Vancouver non-profit that works to tackle child hunger in the province.

While pre-pandemic research indicated that up to one in five children in British Columbia continue to live in poverty, even more children and their families have had difficulty getting something to eat since COVID-19 entered our lives a year ago, says Emily-anne King, co-founder of Backpack Buddies.

The North Vancouver-based organization was founded by King and her mom, Joanne Griffiths, in 2012.

Backpack Buddies works to fill what King refers to as the “weekend hunger gap” for children experiencing poverty in B.C.

Essentially, the charity provides backpacks or bags full of food and groceries for children to take home and use over the weekend, when they may not be able take advantage of a school-based meal program.

King, who was born and raised on the North Shore, says Backpack Buddies serves approximately 100 students in North Vancouver every week. The charity also operates in schools and organizations in Vancouver, Mission, Langley, Burnaby, New Westminster, Coquitlam, Port Moody and all across the Sunshine Coast. Recently, their services have been used by youth in Victoria all the way up to Port Hardy.

“Everything about what we do shifted the moment schools closed. Our distribution model, which is ordinarily directly into schools, basically vanished underneath us. Our volunteer system crumbled. Everything really shifted, and at the very same time the demand for what we do skyrocketed,” said King.

While that burden has eased somewhat since students in British Columbia went back into classrooms in September, the enduring effects of the pandemic on child hunger and food insecurity have lingered, according to King, though she acknowledged more hard data on the issue needed to be compiled.

“What’s really unique about this situation is that there’s a newly vulnerable group of people. A huge percentage of what we’re seeing is families and children who were never worried about where their next meal was coming from, they’d never been in this situation in their life, and all of sudden they’ve lost their job, as did their partner, and they don’t know how to put food on their table,” she said.

The StatsCan data also revealed that Canadians living in households with children were more likely to be food insecure.

When schools closed last year, Backpack Buddies scaled up and within six weeks they’d doubled the amount of children they were supporting to almost 3,000 throughout the province, mainly in the Lower Mainland and Vancouver Island, every week.

And while schools are back in session, that number has largely stayed consistent, according to King.

“The need is still as persistent, if not more. We’re adding more and more children to the program almost every day. This week alone we’ve added 300 kids to the program. It’s increasing really, really quickly,” said King.

Backpack Buddies recently received a $144,800 grant for the purchase of a refrigerated food truck, walk-in refrigerator and other equipment to support the organization’s food security programming.

“Our real goal moving forward is to help put more nutritious food into our bags and a big barrier for us to date is keeping fresh food cold,” noted King.