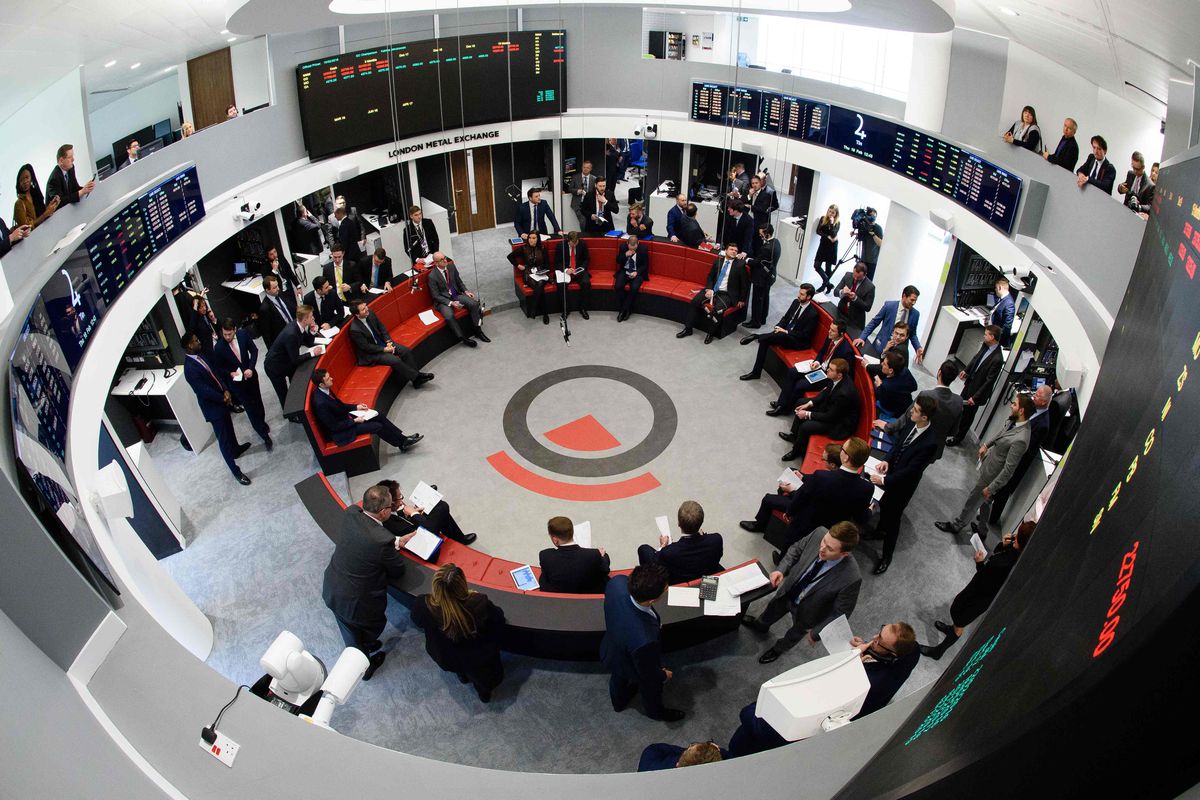 The London Metal Exchange plans to permanently silence its frenzied trading floor, known as the Ring, where nattily attired traders have helped set the price of everything from copper to zinc for more than 140 years.

The LME said on Tuesday that closing the Ring — a circle six metres in diameter with a red leather bench around the perimeter — was part of an effort to modernize the exchange and move toward fully electronic trading.

“The Ring is a greatly treasured aspect of the LME’s rich 144-year history, and its closure is not a decision we or our market will take lightly,” LME chief executive Matthew Chamberlain said. “However, the LME has stood the test of time precisely because of its ability to adapt to the evolution of market dynamics and trading behaviour.”

The LME is Europe’s last open-outcry trading venue, where traders shout and use hand signals to place orders, and the Ring typically sets the benchmark price for base metals. Most exchanges closed their trading floors years ago, and the LME has faced decades of debate about its future.

Face-to-face trading has been banned at the LME since March because of the pandemic. That was supposed to be temporary, and Mr. Chamberlain insisted on Tuesday that COVID-19 did not play a role in the announcement. “We have been clear that we will not use the pandemic as a pretext to close the Ring, and we remain committed to this,” he said. However, he added that since March, “electronic pricing has served the market well, with consistently high volumes of activity.”

Much of the trading at the LME is already done electronically, but closing the Ring will be a blow to traditionalists who have long argued that it still has a role. Unlike other commodity markets that generally use monthly contracts, the LME allows users to lock in prices daily out to three months, weekly up to six months and monthly for up to 10 years. That flexibility produces a multitude of complex contracts, something supporters of the Ring say is well suited to face-to-face trading because experienced traders are better placed to thrash out prices.

Centuries of history are also at stake. The LME officially dates back to 1877, although its origins can be traced to the opening of the Royal Exchange in London 1571, where merchants began meeting regularly to exchange commodities. By the 1800s, so many merchants were using the Royal Exchange that some began setting up shop in local coffee houses. The Jerusalem Coffee House became the favourite haunt for metal traders, and they soon came up with the Ring. A merchant drew a circle in the sawdust on the floor and yelled “change,” a signal to anyone who wanted to trade to gather around.

Over the centuries, the LME has hung on to the Ring and its rigid traditions. That includes a requirement that traders wear suit jackets and keep their top button fastened. They also can’t chew gum or stand up, in order not to block the view of others, and their heel must always remain in contact with the base of the red bench. Anyone violating the rules can be fined. In 2014, 11 companies, including JP Morgan, had to pay £13,750 in total penalties for breaching the no-standing rule.

The LME also cracked down on liquid lunches in 2019 by banning traders from drinking during the day. The exchange also introduced a code of conduct aimed at preventing “threatening, humiliating or disruptive” behaviour. The code came after the exchange faced criticism over a networking evening at the Playboy Club in London and other events involving strippers.

The proposals announced by Mr. Chamberlain, which could take effect this summer, have been partly driven by the LME’s fading fortunes. The exchange has faced stiff competition since it was acquired by the Hong Kong Exchanges and Clearing Ltd. in 2012, mainly from the CME Group Inc. and the Shanghai Futures Exchange’s metals contracts. Last year, the LME’s overall trading volumes slipped 7 per cent.

Nonetheless, many traders will lament the closing of the Ring. “It’s the end of a very long era and a very sad day,” Nick Fellowes, managing director at Amalgamated Metal Trading Ltd., told Bloomberg News. “We still have serious concerns about how the exchange will continue to operate efficiently during periods of illiquidity and uncertainty.”