Gold has retreated from record highs, but investors are hanging on for the next bout of volatility 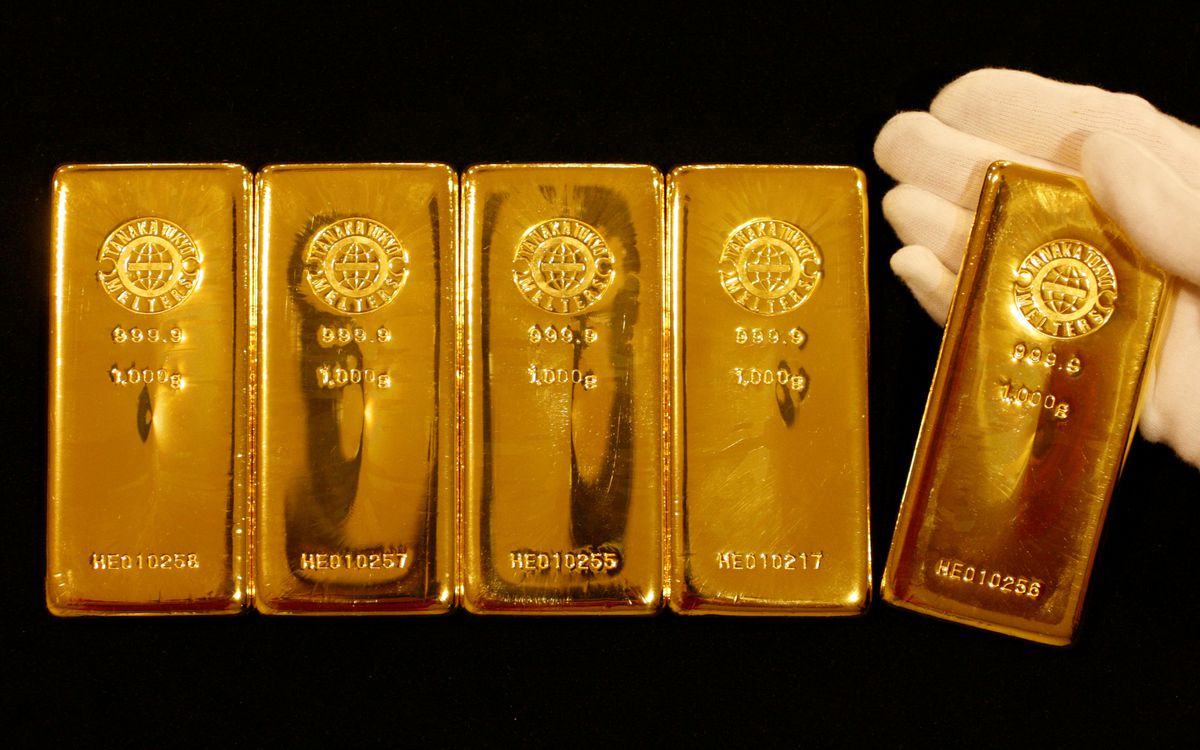 Gold was the bright, shiny object of 2020, attracting haven-seeking investors as the pandemic weighed on global economies and markets. While gold has pulled back from its record highs in August, many investors are hanging on to their holdings as insurance against ongoing market volatility and the threat of rising inflation.

ETFs that hold physical gold and the miners that explore and produce it are considered the easiest, low-cost and most diversified way to play the commodity to help protect against adverse, unexpected economic events like a pandemic, says David Kletz, portfolio manager at Forstrong Global Asset Management.

Gold “is frequently viewed as a tail-risk hedge in portfolios” to protect against extreme market moves, Mr. Kletz says.

The price of an ounce of gold bullion rose by more than 24 per cent last year, its best return in a decade, and spot gold hit a new-record high of US$$2075.47 an ounce in August. Gold miner stocks rallied alongside the precious metal, with the NYSE Arca Gold Miners Index also hitting record high. A recent report from the World Gold Council notes ETFs make up a significant part of the market, holding more than US$228-billion in assets under management (AUM) at the end 2020, down about 3 per cent from its historical high in the third quarter of more than $235-billion.

The gold price has since pulled back and is currently trading around US$1,850 per ounce as markets trade around record highs and the vaccine provides hopes for an economic recovery.

“Gold had such a spectacular run… so you’re left kind of wondering: Does (investing in it) still make sense?” says Yves Rebetez, senior executive consultant at Credo Consulting Inc. and former managing director of ETF Insight.

While gold is a volatile commodity, many investors believe it’s worth holding at least some in a diversified portfolio.

Rob Jackson, portfolio manager and head of ETF Strategy at Adaptive ETF, a division of Bellwether Investment Management Inc., suggests a gold allocation of under 5 per cent when used as a long-term hedge in a portfolio.

The most popular option for this strategy is a gold bullion ETF, like SPDR Gold Shares (GLD-A), which is the largest and most liquid gold ETF with US$70-billion in assets under management (AUM) a management expense ratio (MER) of 0.4 per cent.

These three ETFs are “a pretty inexpensive way to hedge out” the effects of currency volatility, Mr. Jackson says.

One knock against bullion ETFs, Mr. Rebetez says, is they don’t generate income.

“If you buy [gold] at US$1,900 and it goes nowhere, you are basically” owning a high-interest savings account that’s losing money to inflation, he says

An alternative is the Horizons Gold Yield ETF (HGY-T) that writes covered calls on a third of its holdings.

With HGY “you capture two-thirds of the upside if bullion goes up, and you are renting out the upside for the other third with compensation being … the option premiums,” Mr. Rebetez says.

HGY’s yield is about 5 per cent annually, he adds, though investors are giving up some upside should gold’s price surge. Its MER is also higher than the other gold ETFs at 1.09 per cent, “but at least, you’re monetizing some of gold’s volatility.”

Gold miner ETFs are another way to play gold’s upside, as they tend to outperform bullion in bull markets for the commodity, he adds.

“They pay a dividend yield – albeit a very small one.”

He says Forstrong uses VanEck Vectors Gold Miners ETF (GDX-T), the largest, most liquid gold mining ETF trading in North America, to get exposure. GDX has MER of 0.53 per cent and more than US$16-billion AUM.

Mr. Rebetez notes XGD’s holdings are almost identical to GDX, saying it “boils down to preference” of whether investors want an ETF trading in Toronto or New York.

Mr. Jackson says Adaptive’s tactical, actively managed portfolio was overweight in XGD until September but has cut back that position since. At present, it doesn’t have a position in gold – typically between 5 and 10 per cent of overall holdings. However, gold bullion ETFs take up a small portion as a hedge in Adaptive’s core, diversified portfolio.

“The sector is starting to perk up again, so gold remains on our radar,” he says.