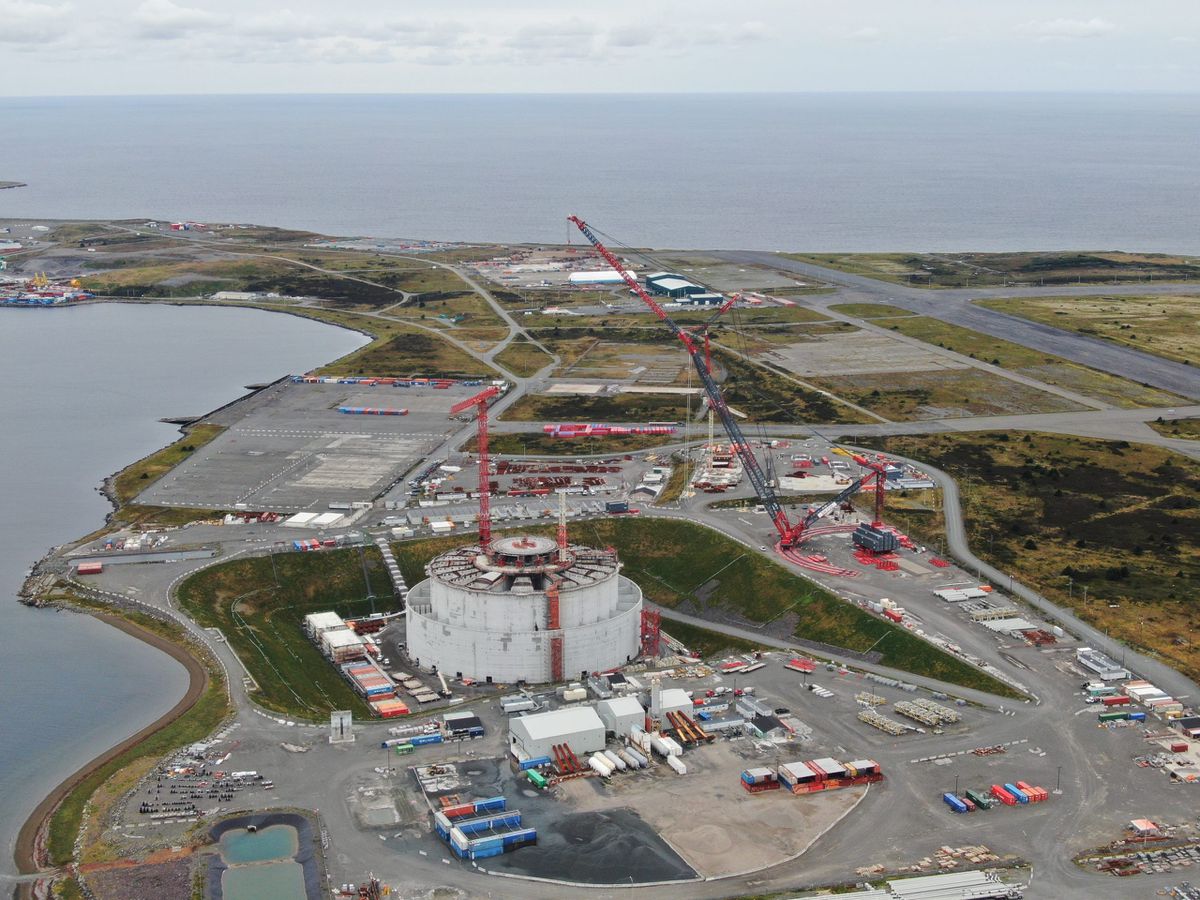 The future of the West White Rose oil expansion off the shore of Newfoundland and Labrador remains in jeopardy, Suncor Energy Inc. said Monday evening as it announced it would take a $425-million impairment charge on the project and the field in which it is located.

Suncor holds a 26-per-cent stake in the West White Rose expansion. It issued its blunt message just hours after majority ownership of the project transferred hands from Husky Energy Inc. to Cenovus Energy Inc., which on Monday officially closed a deal to buy its Calgary-based rival.

The result of that deal Monday was a Moody’s Investors Service downgrade for Husky’s senior unsecured rating, but an upgrade for Cenovus.

The White Rose field sits about 350 kilometres off the shore of Newfoundland. It produces about 26,000 barrels a day, but that amount has been declining since 2005.

The $2.2-billion West White Rose expansion was set to add about 75,000 barrels a day to production and extend the field’s life by 14 years, but its future was thrown into question last year when Cenovus announced its plan to acquire Husky, which operated the White Rose site.

At the time, Cenovus told The Globe and Mail the field could be abandoned altogether after the pandemic halted construction and cut global demand for crude. On Monday, Suncor reiterated that possibility.

“The recent acquisition of the operator has cast significant doubt on the future of the West White Rose project,” Suncor said in a news release.

Husky had already cancelled 2021 construction of the West White Rose expansion in September after reviewing the financial viability of the project.

In a last-ditch attempt to rescue the project, Husky pleaded for cash from the federal and provincial governments, arguing it was “impossible” to fund the expansion on its own.

The federal government showed little interest in investing in West White Rose, but last month Husky received $41.5-million in federal cash via a grant to the provincial government to restart construction.

That money was part of a $320-million commitment from Ottawa to aid the province’s sputtering offshore oil industry, and was matched by Husky with $41.5-million of its own money.

Newfoundland Premier Andrew Furey said at the time that the investment was recommended by an oil and gas recovery task force, which determined how to parcel out Ottawa’s $320-million aid money. The team divided the federal cash into two streams, with $288-million earmarked for offshore oil operators, and $32-million allotted to the service and supply sector.

Suncor said Monday it remains in discussions with Husky and “various levels of government” to determine the fate of the expansion project, which is already 60 per cent complete.

However, it added that its 2021 fiscal projections remained unchanged with the White Rose field expected to remain online and producing for the time being. That guidance did not include any major capital spending on the West White Rose project in 2021.

The White Rose asset joint venture owners are Cenovus, which now operates the field and holds a 72.5-per-cent stake, and Suncor, which owns 27.5 per cent. The West White Rose expansion is owned by Cenovus (69 per cent), Suncor (26 per cent) and the province’s energy corporation, Nalcor (5 per cent).