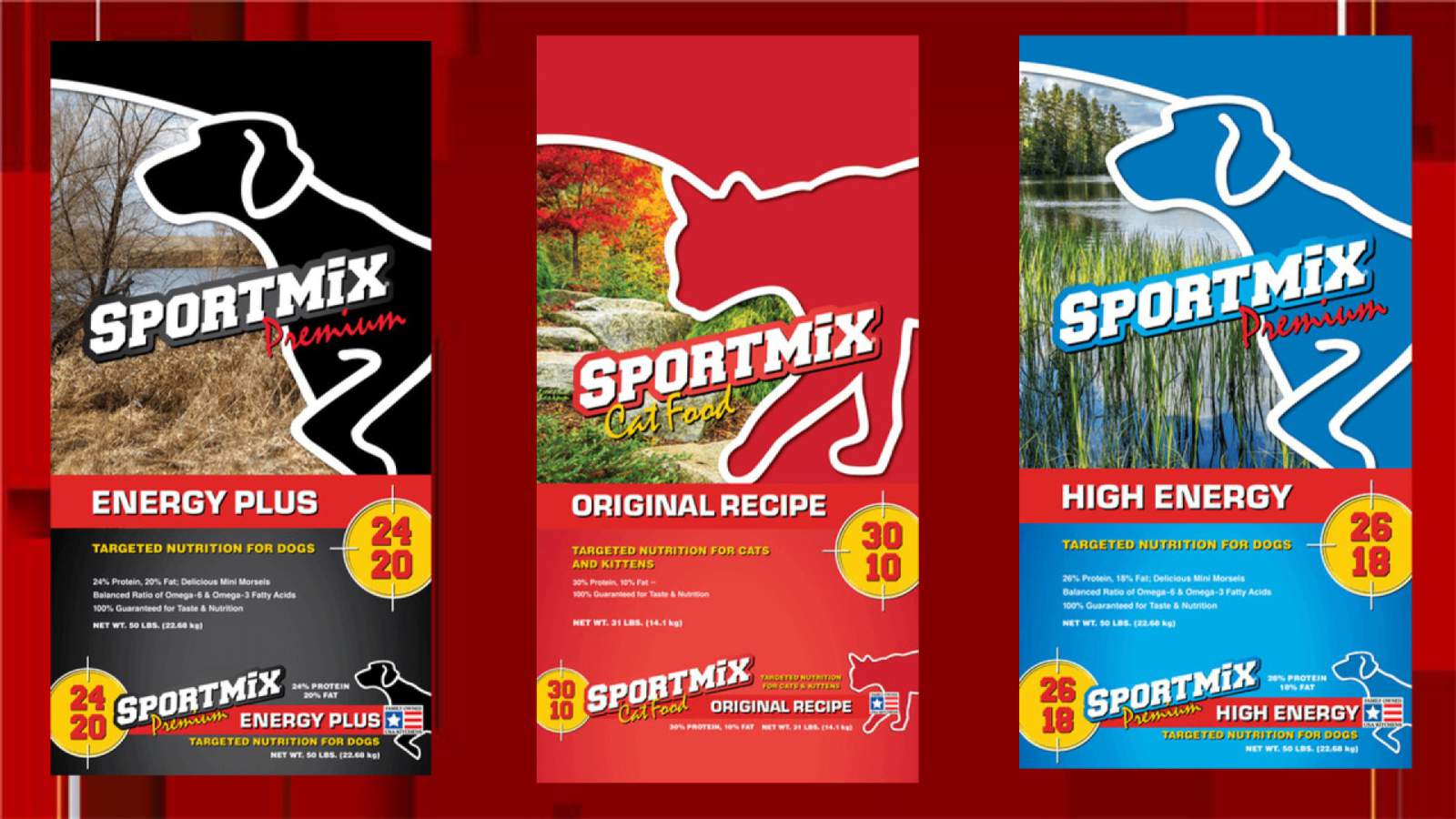 SAN ANTONIO – Certain dry pet foods are under recall after the deaths of at least 28 dogs, according to the Food and Drug Administration.

Midwestern Pet Food, Inc. announced the recall of certain dog and cat food, all with expiration dates of March 2 or 3, 2022.

The recalled items include:

The food was sold nationwide.

Symptoms of aflatoxin poisoning include sluggishness, loss of appetite, vomiting, jaundice or diarrhea.

Even if pets that consumed the food are not showing signs of illness, owners are still urged to contact their veterinarian because of possible long-term liver damage.

“Pets are highly susceptible to aflatoxin poisoning because, unlike people who eat a varied diet, pets generally eat the same food continuously over extended periods of time,” the FDA said. “If a pet’s food contains aflatoxin, the toxin could accumulate in the pet’s system as they continue to eat the same food.”

There is no evidence that pet owners who handle the food are at risk, the FDA said, but the agency added that pet owners should always wash their hands after handling pet food.

Aflatoxin is produced by the mold Aspergillus flavus.

The investigation into the pet food continues.

Some 46 tons of Lean Cuisine baked chicken meals are also recalled after people complained about small bits of white plastic in the food.

The recalled meals involve trays of Lean Cuisine baked chicken with “white meat with stuffing, red skin mashed potatoes and gravy.” The “best before” date is October 2021 and the lot code is 0246595911.

No injuries have been reported. Consumers are urged to check their freezers and either return or throw out recalled products.

More than 180,000 ceiling fans sold last year at The Home Depot are recalled after dozens of reports of the blades detaching while the fan was in use.

The fans are Hampton Bay 54-inch Mara indoor/outdoor models. Owners can contact the manufacturer, King of Fans, to learn about replacements.

Target is recalling nearly 300,000 infant rompers because the snaps can detach and pose a cut, pinch or choking hazard to children.

The rompers were by Cloud Island and came in about two dozen styles. Parents can return the clothing to the store for a refund.