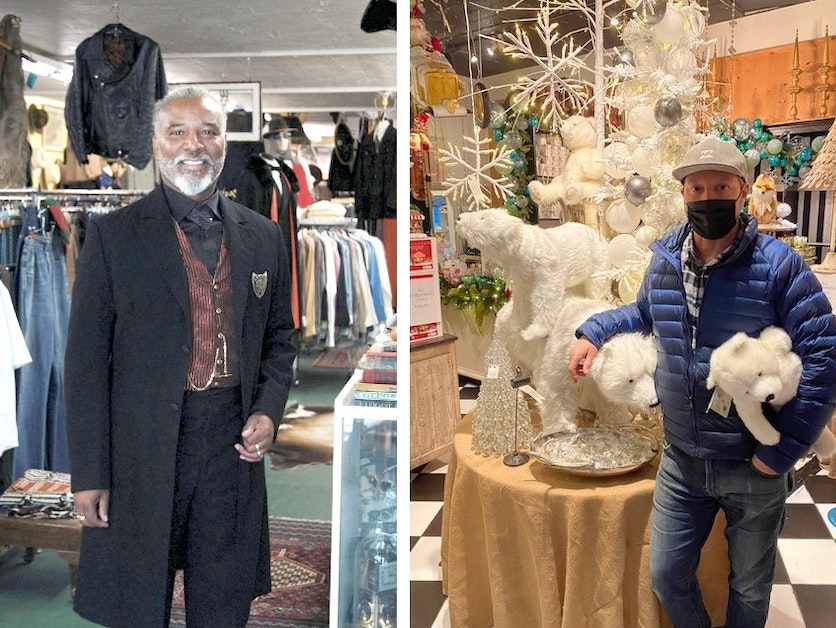 The holiday shopping season was a bright spot in a bad year, for many local retail businesses.

Many shops have seen recent rise in customers driven by interest in new hobbies or just a need to see other people. That’s given some shop owners hope for 2021.

But one expert says businesses must do more than roll with the punches to prepare themselves for the future.

This year has been one of setbacks and occasional optimism.

Dion Teague has been feeling grateful for those glimmers of light. Teague sells vintage toys and clothes at a store called D Haberdashery on Tacoma’s antique row.

Many shops have been disappointed, with low sales. At Wishes, toy and game shop with locations in Everett, Bellingham and Alderwood, one store made money, another lost money, and the third broke even. What saved them wasn’t board games, said manager Paul Lewis, it was collectible figurines known as Funko Pops.

Lewis couldn’t have predicted that, but in retrospect, he said it makes perfect sense, in uncertain time of the pandemic.

“Collecting stuff… For a lot of collectors, it takes you away from every day stressors, you know, pandemic, politics and things like that, and it gives you a sense of ‘I’m looking for this, I have a purpose,’” Lewis said. “It’s more than just surviving.”

At City Flowers in Bellevue, Jonathan von Gieseke says store sales are down – he’s awash in 2020 Christmas ornaments featuring glass Covid masks. He’ll have to eat the cost of those, hoping they’ll sell next year.

In the meantime, he said people are ordering lots of flowers for people they can’t visit.

Sometimes, the flowers express loss, or bereavement, such as when someone gets sick or dies from Covid-19.

But other times, the flowers carry a different message.

“We’ve never sent out so many potted blooming things. Like a potted amaryllis, potted paperwhites, something they could have in their house and watch it bloom and grow and develop into something, which to me screams of hope.”

He’s survived into 2021, which is hopeful indeed.

But some stores are doing much more than just surviving.

In order to meet strong demand, the Indoor Sun Shoppe in Fremont has been pulling forgotten merchandise from the deep dark corners of the shop and selling it.

The pandemic has inspired people to try their hand at carefully tending these plants at home.

At Sturdevant’s, a ski shop in Bellevue, there’s been a surge in new customers, many of whom have never skied or snowboarded before.

“People are looking for something to do – some kind of activity – and mountains are open,” said Sturdevant’s president Tracy Gibbons.

Gibbons noted that business is up 10% over last year at Sturdevant’s, adding “It’s a weird way to grow a business.”

Many retail businesses will remember 2020 as a year full of surprises, when one item didn’t sell as well as expected, but another did better. Weird, sometimes seemingly arbitrary trends pushed many businesses up to the brink of failure and then rescued some of them when consumer tastes changed once again.

But Jenefeness Tucker wants business owners to see through the chaos, and discern a clearer pattern that cuts through the noise: More people are shopping online than ever.

Tucker said that “76% of people in the U.S. are purchasing online. Period. And those numbers go up and up – they’ve increased by 20% just in the last six months of 2020.”

Yes, it’s important to understand and predict trends, Tucker said, so that you’re stocking the right items, but moving inventory online is just as important.

“A lot of people are impulse buying online, but they’re doing it in the middle of the night,” she said, when retail stores aren’t open anyway. “And so if your unable to sell online, they you’re missing a ton of sales, because most people won’t even travel from Tukwila to Tacoma, let alone people all around the world that have access to an online store that wouldn’t come to your store otherwise.”

Many businesses hope to catch the next trend. Others hope for direct loans or grants, as part of the stimulus money. Tucker said aid also comes in the form of advice — subsidized by the CARES Act, that will help businesses last longer than any loan.