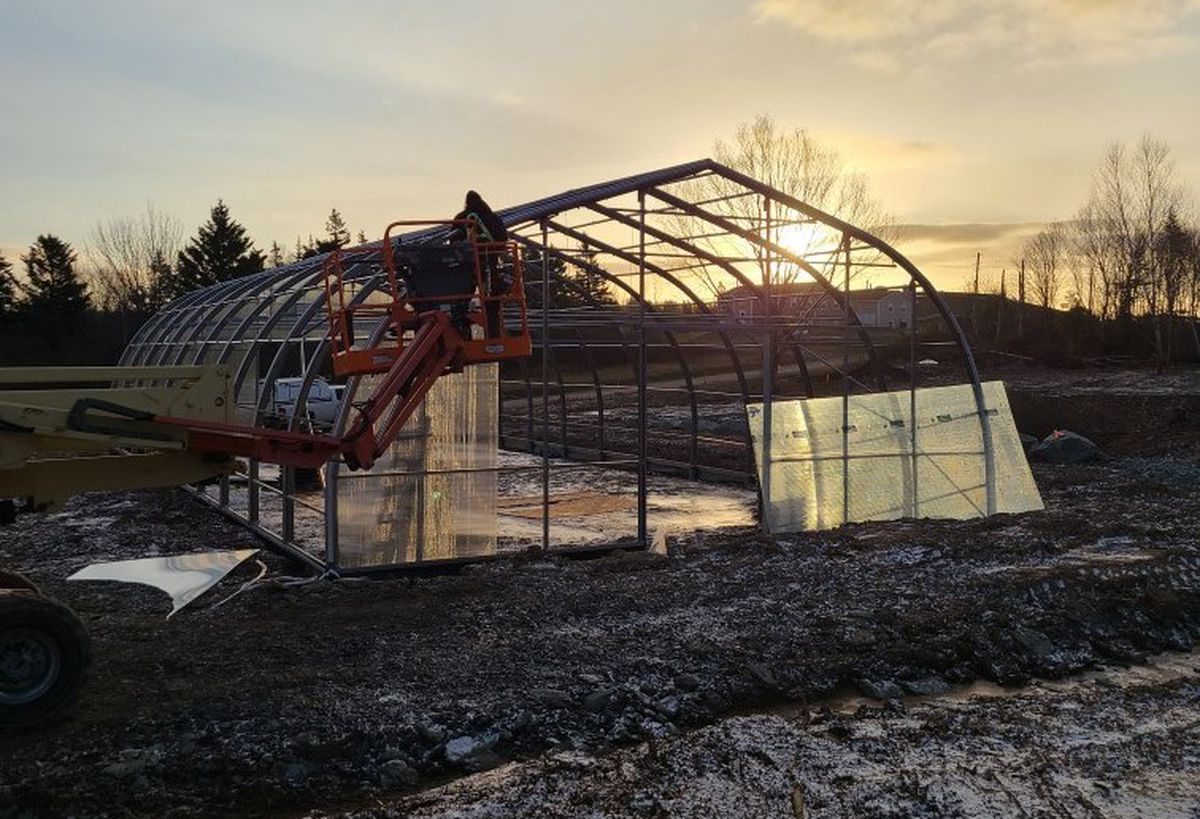 The Potlotek First Nation in Cape Breton is one of several Indigenous communities in Atlantic Canada that is launching a project to address food insecurity using a geothermal greenhouse that can grow produce year-round.

Once complete, the project will also boast a field garden, a large-scale potting shed and a food centre. The Potlotek First Nation initiative is being steered by Digital Mi’kmaq, an Indigenous-led education and training organization that is launching similar projects in five other Indigenous communities in the region.

Tahirih Paul, economic development officer for Potlotek First Nation, said the greenhouse project is also creating jobs for people who have lost work during the pandemic.

On-reserve food options are limited to what the roughly 600 band members can find in convenience stores, Paul said in a recent interview. The nearest grocery store is about a 10-minute drive and its produce section leaves much to be desired, she said, adding that members have to travel about 55 kilometres to reach the larger grocery stores.

“We saw about an 80 per cent decline in employment rates this year (for band members) compared to the last five,” Paul said, referring to the impact of the COVID-19 pandemic, which she said also affected residents’ ability to buy fresh food.

Paul was looking for solutions to the First Nation’s food insecurity problems when she was approached by Digital Mi’kmaq for the gardening project. Potlotek First Nation broke ground in mid-September, bolstered by funding from United Way.

Marni Fullerton, director of Digital Mi’kmaq, said food security issues have plagued the First Nations of Canada since the arrival of European settlers. The greenhouse project, she said, is a way to begin addressing years of difficulties for the country’s Indigenous peoples.

“It’s going to be really interesting as we go step by step to introduce more progressive, sustainable technologies,” Fullerton said.

A 2019 study of a group of First Nations communities in Canada indicated 48 per cent of households that participated were considered “food insecure.” The study, conducted by the University of Ottawa, Universite de Montreal and the Assembly of First Nations, also indicated food-insecurity rates were three-to-five times higher for participants compared to the general public.

Fullerton said the greenhouse project could bring real change to Indigenous communities that lack access to year-round fresh food. “The value, I think, is going to be really significant, to be able to have fresh, local, accessible food right at your doorstep,” she said.

Along with Potlotek, Digital Mi’kmaq has teamed up for similar projects with Nova Scotia First Nation Annapolis Valley; Lennox Island in Prince Edward Island; Miawpukek in Newfoundland and Labrador; and in New Brunswick, Eel River Bar and Kingsclear.

The vision, Fullerton said, is to expand the greenhouse project to Indigenous communities across the country.

Paul said she hopes to have the greenhouse completed by the spring and is currently working on a plan to divide space in the garden according to the different food band members want to eat.

“It’s been a large undertaking for us, for administration and for our labour,” Paul said. “But the end result will be worth every single hour that we’ve put in and the stresses that’ve we’ve gone through.”