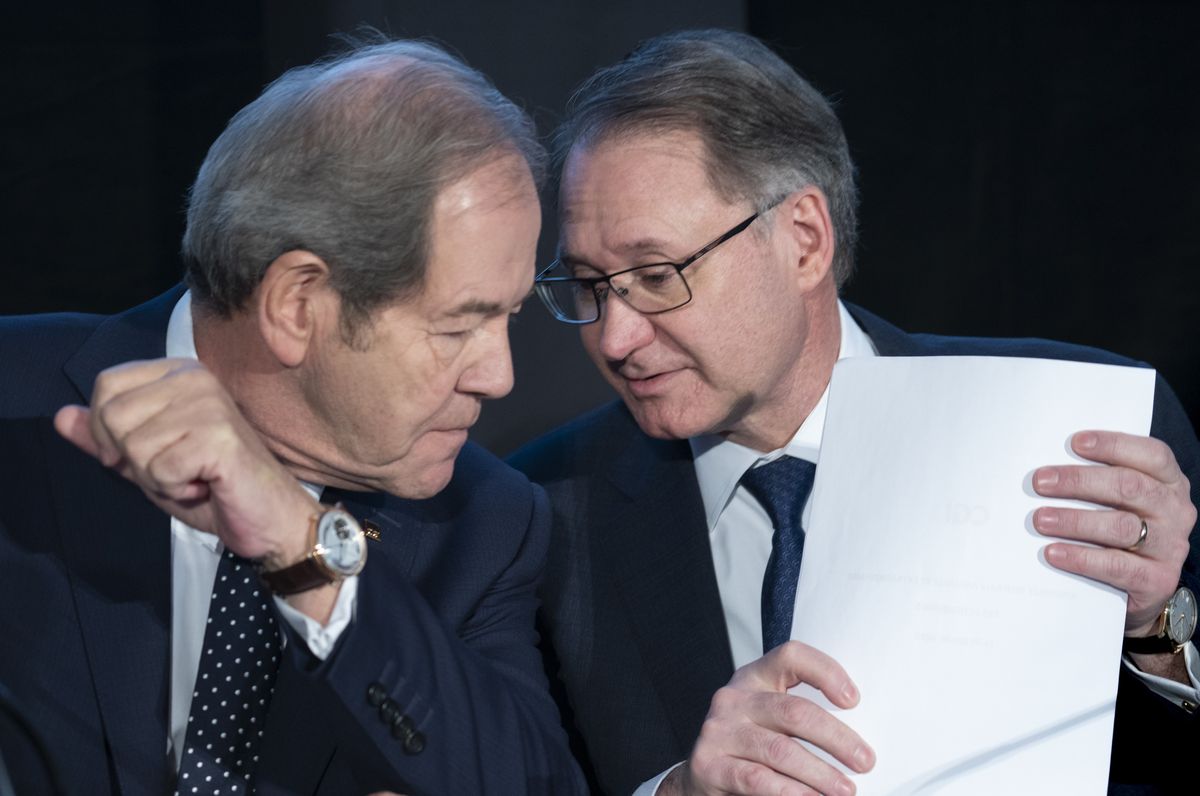 CGI is the largest publicly traded tech company in Canada by revenue, with more than $12-billion in sales in its fiscal year ended Sept. 30. About one-third of its sales are to the public sector, with the U.S. federal government its single biggest customer. But two-thirds of its sales are to private companies, many of which cut back on costs and delayed decisions on big-ticket IT projects as the COVID-19 pandemic shook the global economy.

The company reported essentially flat revenue growth for the year, and its net income fell by 11.5 per cent, when restructuring costs are considered. An adjusted pretax earnings measure the company uses increased just 2 per cent, year over year.

CGI said in its proxy circular to shareholders that it paid no bonuses to Serge Godin, CGI’s founder and executive chairman, CEO George Schindler and chief financial officer François Boulanger. Two divisional presidents, Timothy Hurlebaus and David Henderson, received bonuses of $134,570 each, based on the results of the businesses they run.

The company says it pays bonuses based on measures of its profit margin and its revenue growth, but it does not disclose the specific goals, even retrospectively, for competitive reasons.

CGI also has an unusual feature of its stock compensation program in which the company claws back a portion of the year’s share and option awards if it falls short of its financial goals.

For 2020, the effect was dramatic. The three top executives lost 55 per cent of their share awards. In dollar terms, Mr. Godin lost $5.80-million, Mr. Schindler $4.6-million and Mr. Boulanger $1.2-million. The two other top-paid executives lost a combined $1.6-million in stock awards.

CGI made only a minor adjustment because of COVID-19, according to the proxy circular. The financial formula called for vesting of 43.7 per cent of awards, but the board bumped it up to 45 per cent to reflect “unplanned restructuring costs related to the impact of the COVID-19 pandemic.” The 1.3-percentage-point adjustment allowed the five best-paid executives to receive stock worth a total of $291,485.

In a letter to shareholders accompanying the circular, Mr. Godin, board co-chair Julie Godin and Mr. Schindler said, “Nothing in our 44-year history has had such far-reaching impacts on our people, our clients and our operations” as the COVID-19 pandemic did. CGI “unfortunately, had to proceed with temporary layoffs in some countries,” they said, and “we were very touched when the majority of our leadership team around the world, including our Board of Directors, voluntarily agreed to a significant reduction of their compensation to help offset the furlough impact to our [employees].”

CGI, a member of the S&P/TSX 60 Index, is one of the first major Canadian companies to report its executive compensation decisions for a fiscal year that includes the pandemic. It shows the challenges companies face in deciding whether to pay executives based on annual financial targets set before the coronavirus closed down large sections of the world’s economy. Those that make too many adjustments to their formulas for calculating them, or pay too lavishly, may find themselves under scrutiny by major institutional investors.

Shaw Communications Inc., which said it reached or came close to its financial goals last year, increased bonuses for some executives. Grocer Metro Inc., which benefited from consumers’ stampedes to stock up on food and household items, paid out maximum bonuses as it blew past its profit goals.

In coming weeks, many boards of directors will have to decide how to deal with business results affected by the pandemic – on the upside and downside. The big Canadian banks had an Oct. 31 fiscal year-end, and most of the remaining major corporations close the books on or near Dec. 31.