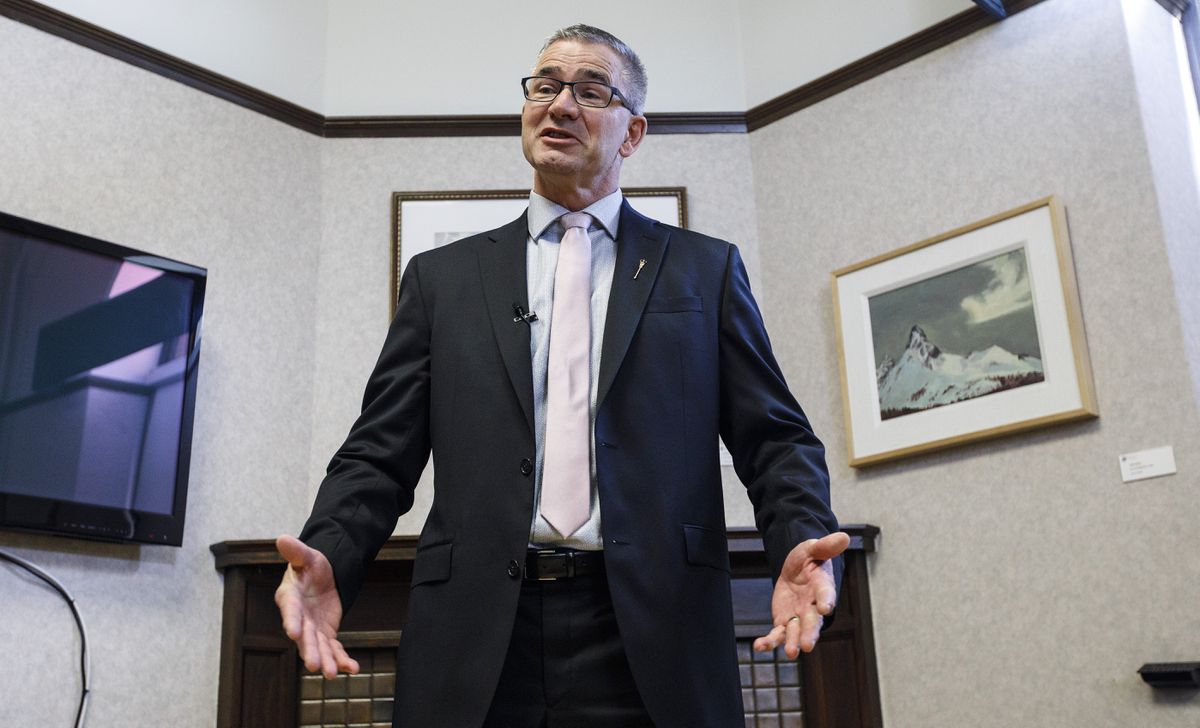 Alberta Finance Minister Travis Toews says the goal in 2021 is to get vaccines out and put the COVID-19 pandemic in the rear-view mirror, then work to fix a battered and beleaguered economy.

But with a $21-billion deficit and Alberta’s wellspring oil and gas economy still in flux, there’s a red-inked elephant in the room: Where’s the money going to come from?

“We will not cut our way out of a $21-billion deficit,” Toews said in a year-end interview with The Canadian Press.

“We have to get the economy growing again. And economic recovery will very quickly become job No. 1 as we start to get past the pandemic.”

Roll the tape back to the start of 2020. Premier Jason Kenney’s United Conservative government was busy trying to resuscitate an already wheezing economy only to see COVID-19 blow everything apart and take with it Kenney’s signature election promise to balance the deficit in his first term.

That goal is a distant memory with a projected budget deficit this year tripling an original forecast of $6.8 billion. COVID-19 has slashed demand for energy, shuttered businesses and demanded relief aid and job supports to keep people going.

Toews said the plan is to get Alberta out of the financial ditch in February with the budget.

In November, he laid out “fiscal anchors” for the journey: keeping the net-debt to GDP ratio under 30 per cent, reducing public sector spending to match comparable jurisdictions and setting a timeline to get the budget back to balance.

University of Calgary economist Trevor Tombe said Alberta is in the enviable position of having options. It’s the lowest-taxed province, and oil and gas will continue to deliver billions of dollars to the treasury for the foreseeable future, though not in the same eye-popping amounts as boom times.

“But even if (the energy revenue) is significant, it won’t be nearly enough, so we need to shift gears on how we fund public services.”

By his number crunching, Tombe said if Toews is to meet his targets, Alberta will need to find an extra $7 billion a year if it wants to get the budget out of the red and start paying off a debt now projected to reach $97 billion in 2021.

Such talk raises again the spectre of a sales tax.

Alberta’s Social Credit government brought in a two per cent levy in 1936 and quietly dropped it a year later. After the Second World War, Alberta’s oil and gas economy exploded, allowing it to eschew the stability of a tax.

Sales tax is the third rail of Alberta politics and by law can’t be brought in without a referendum. Toews said it’s not in the cards, but he’ll strike a panel to revisit Alberta’s revenue generation.

Opposition NDP Leader Rachel Notley did not bring in a sales tax when she was premier before Kenney was elected in 2019. She agrees with the UCP that it would be a debilitating blow to a fragile economy.

Notley says the solution begins with further diversifying the economy and building on Alberta’s strengths of a young educated work force, a burgeoning tech sector and entrepreneurial business owners.

Oil and gas are key, she adds, but warns that Kenney’s blinkered focus on them to the exclusion of other opportunities will be the province’s undoing.

“If (Kenney) continues to insist on operating through an ideological lens, which is squarely focused backward by about 25 years … then we are in big trouble.”

The economy is also a political question. The United Conservatives reach the midpoint of their mandate in 2021 and early initiatives, including a deep slash to the corporate tax rate, have yet to bear fruit.

Political scientist Duane Bratt said COVID-19 and the economy are destined to again slam into each other in 2021. The government has said that after the pandemic is over it will follow through on saving money in health care including reducing or outsourcing 11,000 jobs.

“How do you say, `Thank you for all the hard work (during the pandemic). Here are your layoff papers?”’ said Bratt with Mount Royal University in Calgary.

Broadly speaking, Bratt said, the NDP is more trusted by the electorate on the health file, while the United Conservatives own the economy. That raises future ballot box questions two years from now, if the UCP has angered Albertans with its health decisions while failing to get the economy going.