Fighting for air: Local radio and tv stations face a battle for survival on two fronts 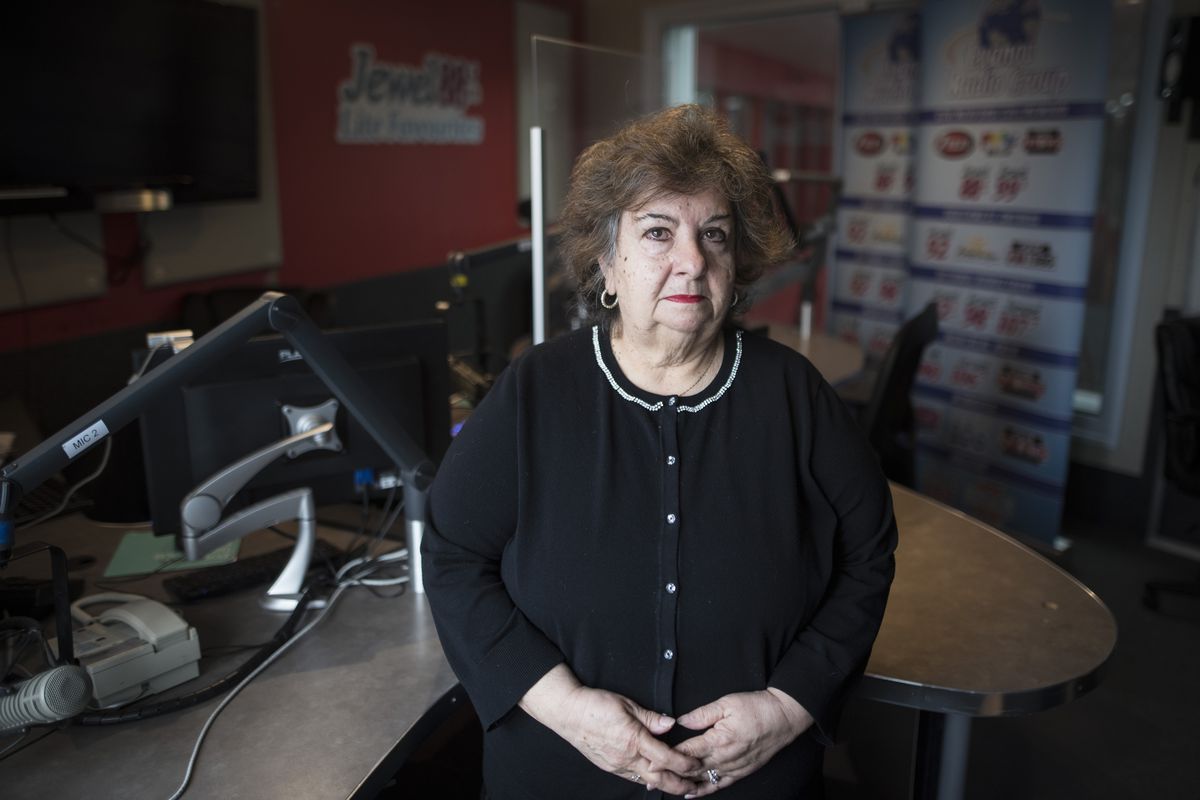 There was a bitter irony to what befell Canada’s local television and radio broadcasters when the COVID-19 pandemic hit. Just as the need for local news and information rose, the advertising revenue that broadcasters rely on plunged as large sections of the economy were shut down to prevent transmission of the coronavirus.

“We became more of an essential service, because people were looking to us,” said Carmela Laurignano, vice-president and radio group manager at the Evanov Radio Group. “And at the same time … revenues were diminishing by the hour.”

Between April and August, advertising revenues at the country’s local television and radio stations fell by about 52.7 per cent compared to last year, according to data from the Canadian Association of Broadcasters. In order to adapt, many stations were forced to lay off staff, reduce the amount of local programming that they produced and, in some instances, shut down entirely.

Evanov Radio – which owns and operates more than a dozen stations in Ontario, Nova Scotia, Manitoba, and Quebec – went line by line through its expenses to see which ones could be reduced. The company also called up each of its suppliers – from software companies to cleaners and landscapers – asking for help, Ms. Laurignano said. Many stepped up, offering price reductions or deferred payment options. “It proved to be a really good and worthwhile exercise and I think we’re going to benefit from that into the future.”

Still, the company had to make some difficult decisions. It laid off 10 employees, out of its workforce of about 300, and took AM980 CHRF, a French-language station in Montreal, off the air. The station was already underperforming prior to the pandemic due to market conditions, said Ms. Laurignano. “We decided to cut our losses.”

Soft 103.9, a station in Kelowna, B.C., has also gone silent since the start of the global health crisis, and others may follow. A report published in August by the Canadian Association of Broadcasters predicts that as many as 200 of the country’s 737 private radio stations could close their doors over the next year; roughly 2,000 jobs could be lost as a result. AM radio stations and those in smaller markets are at greatest risk. Almost half of the country’s private television stations could also be in jeopardy, according to the report.

“It’s been carnage out there,” said Daniel Bernhard, executive director of Friends of Canadian Broadcasting, a journalism advocacy group. “There are an increasing number of Canadian cities and towns and areas that now have no local media at all – no newspaper, hardly no local broadcaster.”

The industry was already struggling before the pandemic hit, as advertising has shifted away from television and radio in recent years to online platforms such as Facebook and Google. Television broadcasters in Canada have seen their advertising revenues fall in six of the eight years after 2011, while private radio revenues declined by nearly $160-million between 2014 and 2019. Traditional broadcasters have also found themselves competing for listeners and viewers with streaming sites such as Spotify, Netflix and Google-owned YouTube.

One of the reasons why advertising revenue has shifted online is because digital platforms are better able to target ads to specific viewers, which can be appealing to some advertisers, said Kevin Desjardins, president of the Canadian Association of Broadcasters.

They also don’t have to abide by the same stringent regulations that traditional broadcasters do, which allows them to charge lower rates, Mr. Bernhard said: “The competitive advantages that these Silicon Valley companies have are in large part the result of them being able to avoid laws and rules and regulations that their competitors must uphold.”

Broadcasters, for instance, must pay licensing fees and contribute to a fund that finances the creation of Canadian content. Ottawa has tabled changes to the Broadcasting Act that would require video and music streaming services such as Netflix, Disney+ and Spotify to contribute toward Canadian content, but sites such as Facebook and YouTube, which rely on posts from individual users, are excluded.

Broadcasters are also held responsible for the quality and accuracy of the content they air, including by the Canadian Broadcast Standards Council, and invest considerable resources into newsgathering. Social media sites such as Facebook, by contrast, rely on user-generated content that they don’t have to pay for.

“Advertising is not dead. It’s just shifted from Canadian media that tell Canadian stories in a responsible, factual and law-abiding way to American companies that pay no taxes, follow no rules, produce no content and compensate no creators,” Mr. Bernhard said.

Facebook and Google have argued that they drive internet traffic to news organizations, which publishers can monetize via paywalls or advertising. Both companies have provided financial support to the news industry; Facebook said it has invested nearly $9-million over the past three years in programs that aim to support the development of sustainable business models for Canadian news organizations.

Government assistance – including the emergency wage subsidy; a $25-million emergency support fund for independent broadcasters; and the waiving of certain licensing fees – has kept most stations afloat, said Mr. Desjardins.

“Some of the worst-case scenarios have not necessarily come to pass, at least to this point, and in part that has been because of those temporary measures,” he said. “But in the long term, our viewpoint still remains very concerned and quite dire.”

In order for the industry to remain viable in the long term, broadcasters say the structural issues that give online platforms an advantage must be addressed.

“The playing field is not even,” Ms. Laurignano said. “We are bound, for example, to play Canadian content; they’re not. We have to pay tariffs through the Copyright Board, and fees – and the others are not. But at the same time, they are taking the advertising revenues that traditionally were ours.”

While financial aid is helpful, broadcasters say it is only a temporary solution. It would be more beneficial if online platforms shared the cost of supporting domestic content, Mr. Desjardins said. He also advocates for loosening restrictions around ownership of radio stations in a given market, which would allow for greater consolidation.

Ms. Laurignano predicts it could take several years for advertising revenues at local broadcasters to return to pre-pandemic levels. But despite the challenges, she’s optimistic about the industry’s future.

“Radio is very resilient,” Ms. Laurignano said, noting that the industry has survived through technological innovations such as television, satellite broadcasting and the internet.

“We really proved our worth through this COVID pandemic – we became the lighthouse in the middle of the storm. These things happen, but we adjust … we keep on going.”