Relief is ‘palpable’: What market observers are saying about the Britain-European Union trade deal 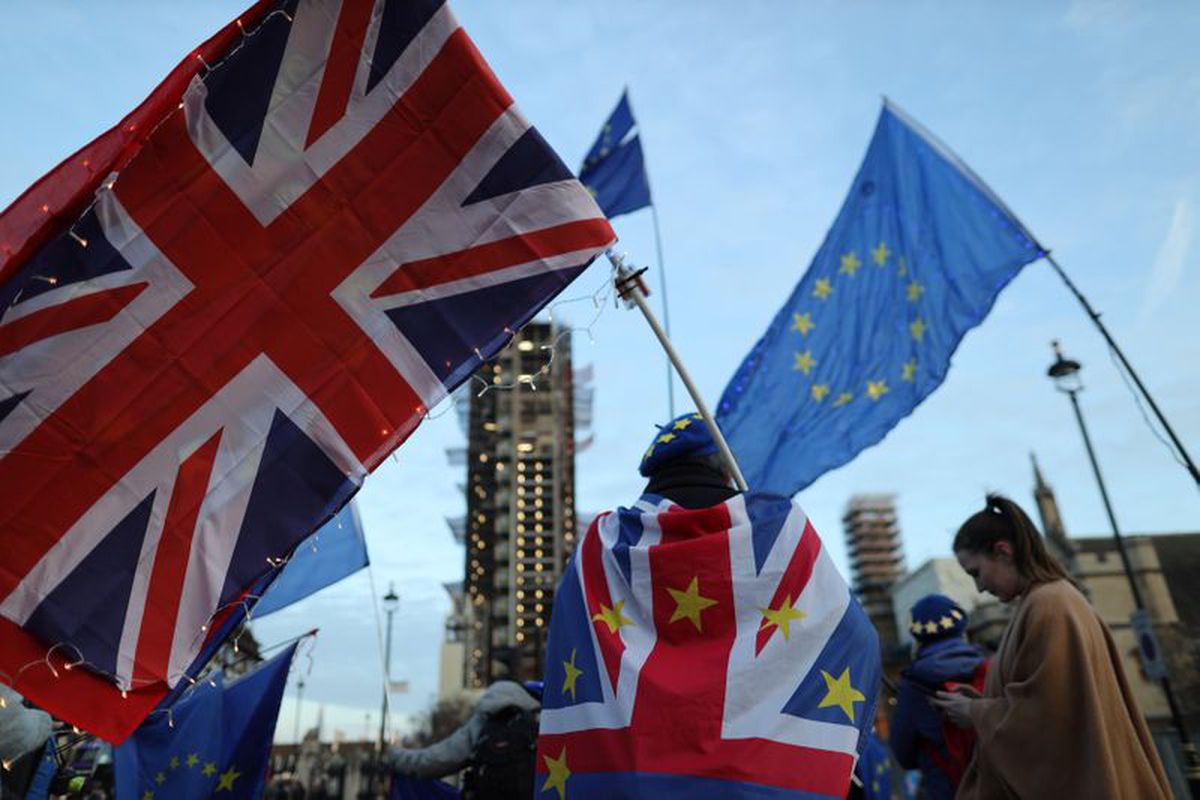 Britain and the European Union struck a trade deal on Thursday, agreeing the terms just days before the end of the Brexit transition period.

It averts a chaotic finale to four-and-half-years of fraught negotiations but the United Kingdom is still heading for a much more distant relationship with its biggest trade partner than almost anyone expected at the time of the 2016 Brexit vote.

“Markets have been looking through the saber-rattling of recent weeks in broad anticipation of a deal, hence we’ve already had a notable rise in sterling. The rise in sterling hasn’t acted as a massive headwind to the FTSE 100, even though more than two thirds of its earnings are repatriated from abroad. That demonstrates how Brexit, and subsequent moves in sterling, are not the biggest force at work here.

“A Brexit deal is certainly helpful, particularly for the domestically focused companies in the index. But a greater support for the FTSE would be a sign that vaccines are being rolled out quickly and a global synchronised recovery is taking hold. If that narrative gathers steam in the early months of the year then UK equities may be one of the strongest performing markets for 2021.”

“The devil will of course be in the detail so it is too early to declare winners or losers just yet, but the real benefit of this news is the end to four years of ‘suspended animation’ and an opportunity to move beyond the bluster we have been hearing since the referendum campaign began.

“The good news for the UK is that this should help unblock the backlog of international investment that has been waiting for some sort of outcome before institutions begin investing in UK plc once again. Indeed, the market appears to be enjoying the news despite the usual quiet Christmas period. The overall mood though appears to be one of relief and this news should benefit the small and mid-cap businesses of the FTSE-250 who should now be able to plan with a bit more confidence and adapt to the new environment.

“From what we know so far, this is merely enough to avoid a cliff-edge scenario and keep goods from queuing up at borders, but it is not a broad-based trade-agreement that includes services. So this is an OK scenario for UK but probably not much more than that, which is also why the GBP is not truly celebrating the deal.

“Focus going forward will center around comments from (Brexit supporters) within the Conservatives but maybe more importantly whether any member states of the EU have issues with the deal content. I am only cautiously optimistic on sterling’s behalf until we have a clearer signal that this is not an issue for the British service sector.”

“Relief on global markets is palpable, with the news helping to remove a major source of uncertainty clouding the economic outlook – but that’s nothing in comparison with the comfort felt by foreign exchange analysts as they look forward to a time in which the word ‘Brexit’ is largely resigned to the history books.”

“After months of uncertainty, reason has prevailed! The recent UK-France travel ban, which certainly brought a dose of political realism in the negotiations by showing what could be the consequences of a no deal, along with Brexit fatigue ahead of the Christmas holidays have probably encouraged both parties to make major concessions on the last pending issues, notably fish quotas.

“We expect a surge in UK assets following the announcement of a Brexit deal. The UK stock market is very cheap – we estimate it is undervalued by roughly 20% – so this is certainly the right time for investors to enter the market and buy discounted shares of UK listed companies now that Brexit uncertainty has vanished.

“The sectors that were the most sensitive to Brexit, such as financials, real estate and construction, should experience the biggest surge in the coming days and weeks.”

“Today’s trade deal means that the UK is now leaving the EU’s customs union and single market on 31 December 2020. The ‘divorce’ has been complicated. It remains to be seen if the bloc and the UK will find the way back to each other. COVID-19 and lasting Brexit effects are expected to continue to weigh on the UK economic recovery in 2021 and the undervalued pound.”