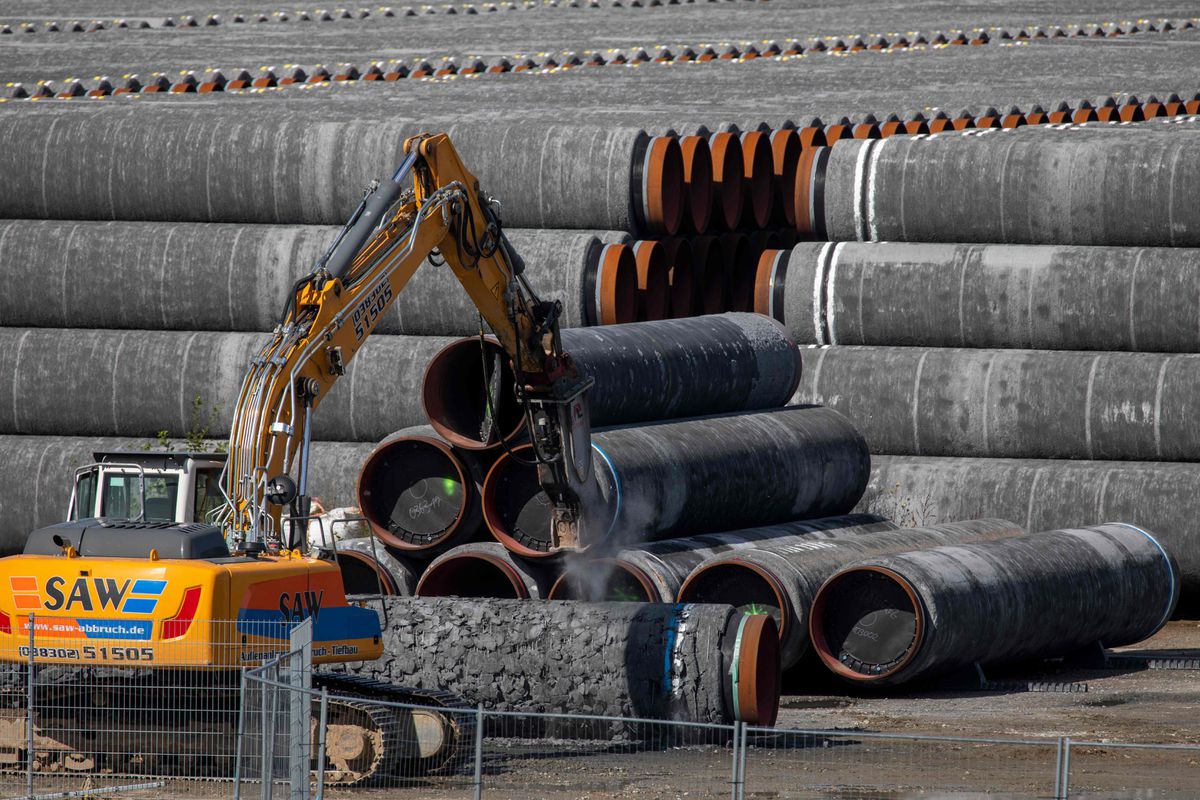 The United States is urging European allies and private companies to halt work that could help build the Nord Stream 2 natural gas pipeline and is preparing wider sanctions on the Russian project in coming weeks, senior Trump administration officials said on Wednesday.

The outgoing Trump administration is readying a fresh round of congressionally mandated sanctions “in the very near future” that it believes could deal a fatal blow to the Russia-to-Germany project led by state gas company Gazprom , three officials said.

“We’ve been getting body blow on body blow to this, and now we’re in the process of driving a stake through the project heart,” said one of the officials, who spoke to Reuters on the condition of anonymity.

Russia this month resumed building the $11.6 billion (9.5 billion euro) pipeline, which is 90% complete, after a one-year pause prompted by existing U.S. sanctions.

New work has been centered on a 2.6 kilometer (1.6 mile) stretch in shallow waters of Germany’s Exclusive Economic Zone but not yet in the deep-water sections off Denmark that comprise most of the unfinished 100-km stretch.

Washington says the project, which will increase European reliance on Russian gas, will compromise European energy security. Russia says the sanctions amount to “unfair competition” aimed at helping U.S. liquefied natural gas producers, and insists it will finish the pipeline.

The feud may not die down once President-elect Joe Biden takes office on Jan. 20, foreign diplomats say.

The U.S. pressure campaign on Nord Stream 2 is backed by both Democratic and Republican lawmakers who fear it will bypass Ukraine, robbing it of lucrative transit fees. Biden described the pipeline as a “bad deal” for Europe in 2016, and has criticized Moscow for its alleged role in a massive cyber attack on U.S. government agencies that was discovered last week.

Nord Stream 2 did not immediately comment on the possibility of new sanctions. Last month it told Reuters that existing sanctions and new ones in the defense policy bill would, if imposed, directly or indirectly hit more than 120 companies from more than 12 European countries.

Gazprom has had to retool its ships to do the delicate deepwater pipelaying and may need the help of companies from other countries to finish the project quickly.

Washington has what it considers “reliable information” about modifications being carried out to the Oceanic 5000, a crane ship, in Spain’s Canary Islands, upgrades that U.S. officials say will equip the ship to lay pipe in deep water.

The officials declined to identify which entities could face sanctions for the previously unreported work, but said they were not targeting specific governments or government officials.

Several European entities were involved, but some were “unwitting” of the implications for the pipeline, said one official, adding they could still escape sanctions if they made “a good faith effort to unwind their involvement.”

A Danish regulator on Tuesday said a Gazprom vessel called Fortuna would start work off Denmark from Jan. 15 with the assistance of other supply vessels.

The project is grappling with financial pressures and the departure of key participants, including Norway’s risk management and quality assurance firm DNV GL last month. The State Department is due to issue an overdue report to Congress in the next weeks on companies that could be at risk for helping the project, another official said.

DNV said new U.S. guidelines meant it could face sanctions. The scope of the sanctions were expanded further in a veto-proof bipartisan defense policy bill passed this month.

That measure would also target individuals or companies assisting Gazprom with “pipelaying activities,” insurance, and verification of construction equipment.

U.S. sanctions have already added $1 billion in extra cost to the project, said one of the U.S. officials.

Initially slated to become operational in late 2020 or early 2021, Nord Stream 2 would double the capacity of Russia to carry gas directly to Germany.