November saw the lowest number of planned redundancies in Britain since Covid lockdowns began, according to Insolvency Service data.

The figures suggest that the chancellor’s decision to extend the furlough scheme to the spring has helped to protect jobs.

The data was released in response to a BBC Freedom of Information request.

November saw a lockdown imposed across all of England, and restrictions in force in Wales and Scotland, as coronavirus levels rose.

Though many businesses have been unable to trade during that time, there has not been a spike in redundancies like the one seen after the first lockdown.

November’s figure was up 32% on the same month last year, but far below the peaks seen in the summer. 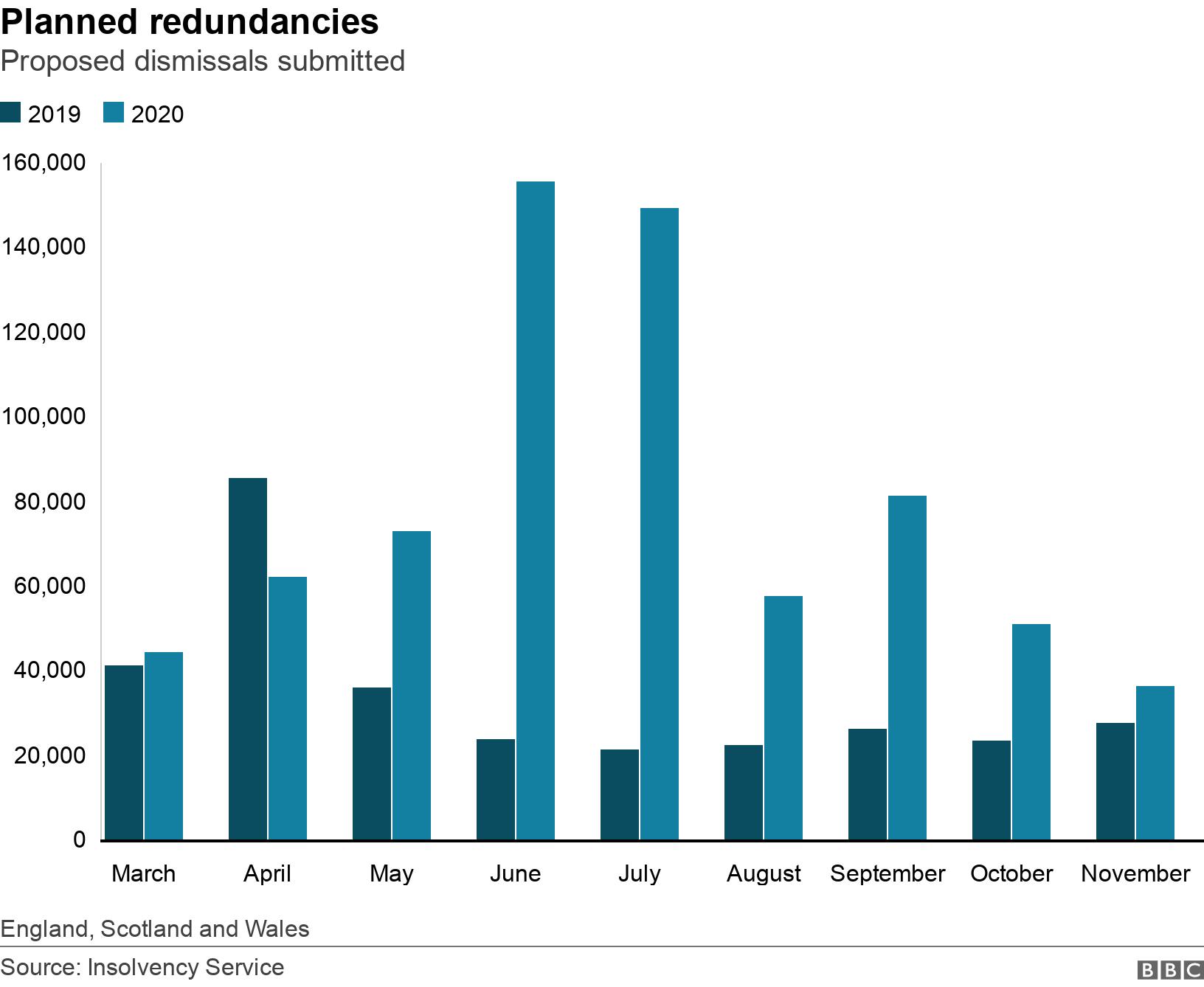 The numbers provide “encouragement that there will be a steady trickle, rather than a tsunami, of job losses over the next few months,” said Ruth Gregory, senior UK economist at the Capital Economics consultancy.

Sainsbury’s, Gregg’s, John Lewis and Edinburgh Woollen Mill were among the companies to announce job cuts in November.

However, the closures of the big retailers Arcadia and Debenhams, affecting 25,000 jobs, were most likely too late to be included in November’s figures.

Some 550 employers notified government of plans to cut 20 or more jobs, the lowest figure since April, but still 80% higher than last November. Employers cutting fewer than 20 don’t have to notify government. 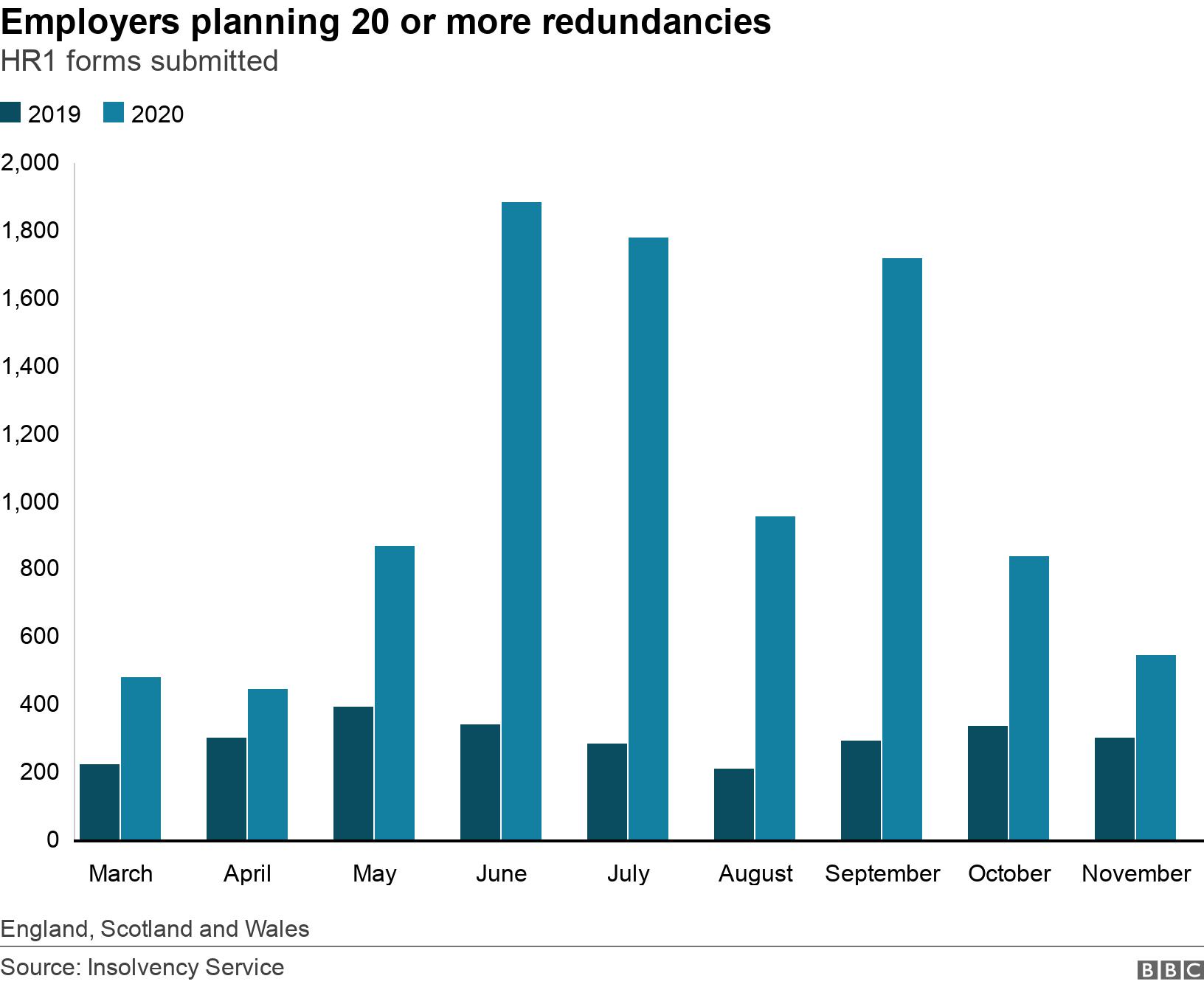 The last day of October was meant to see the end of the furlough scheme, where government pays most of a worker’s wages when their employer cannot.

Fearing a big rise in job losses if the scheme ended while much of the country was in lockdown, the chancellor extended it until 30 April.

Together with other official data, the redundancy numbers suggest that “the government’s furlough scheme has minimised the labour market damage from Covid-19 so far,” says Ms Gregory.

Next year, employers still have to contend with the economic consequences of the fast-spreading new variant of the coronavirus, which has seen restrictions brought in over Christmas and

more than 40 countries close their borders to UK visitors. 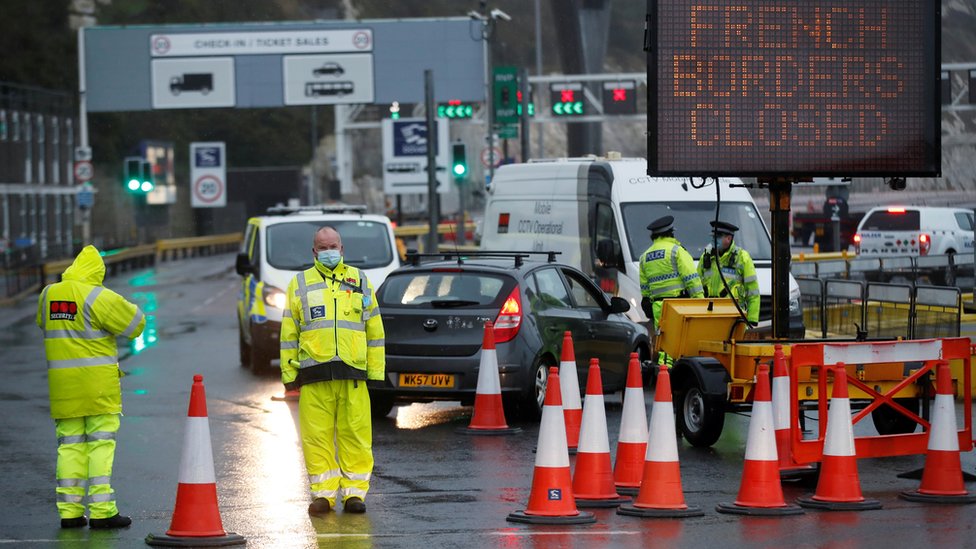 There is also the possibility of disruption following a no-deal Brexit, which “is probably the greatest risk, as it could lead to redundancies in firms and sectors that had been less impacted by the pandemic,” said Tony Wilson, director of the Institute for Employment Studies.

A government spokesperson said: “We understand the pressure businesses and individuals are currently under which is why we’re helping them through the pandemic with a £280bn support package, which is among the most generous in the world.”

Employers are obliged to notify the Insolvency Service when they plan to make 20 or more workers redundant using a form called HR1.

ONS data showed a record rise in redundancies in the period from August to October, to hit 370,000, a record level.

This was foreshadowed in Insolvency Service redundancy figures for June and July, which were the highest seen on records going back to 2006.

The total number of planned redundancies will be higher than the figures compiled by the Insolvency Service, as it doesn’t include firms cutting fewer than 20 posts.

More than 10,000 redundancies have been proposed in Northern Ireland since the pandemic began.