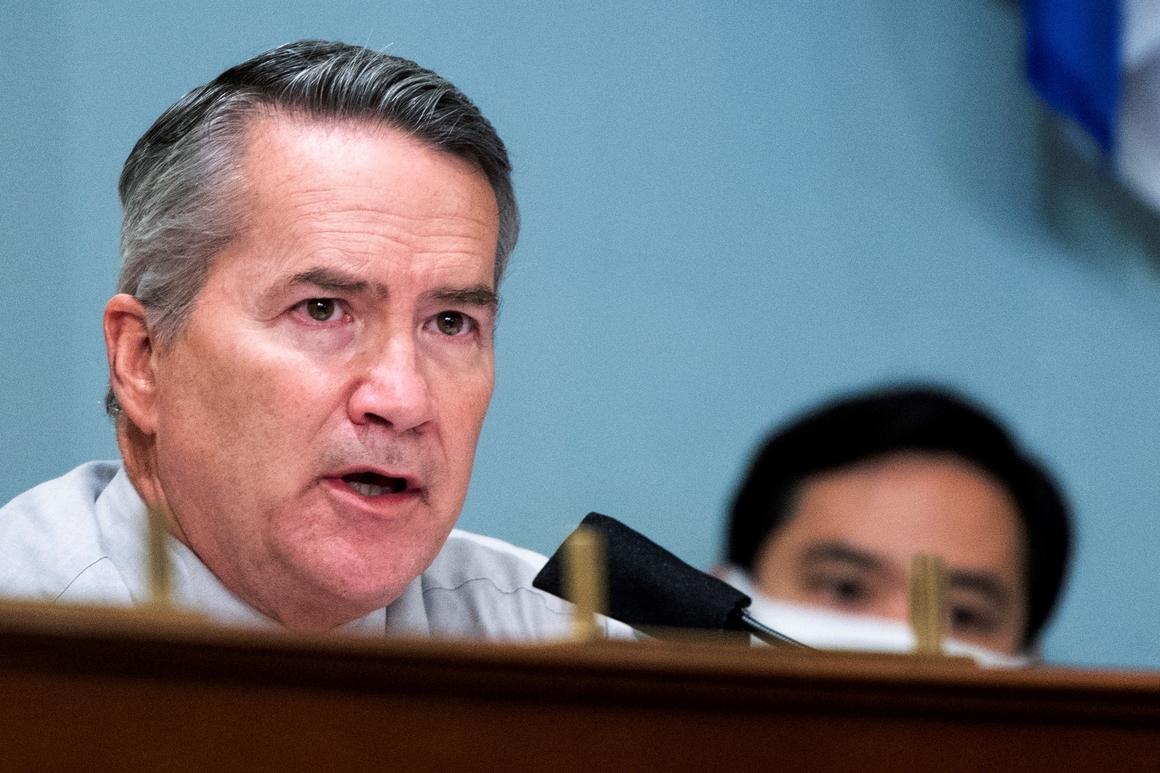 Rep. Jody Hice tweeted after the meeting: “The courts refuse to hear the President’s legal case. We’re going to make sure the People can!”

President Donald Trump huddled with a group of congressional Republicans at the White House on Monday, where they strategized over a last-ditch effort to overturn the election results next month, according to several members who attended the meeting.

Rep. Mo Brooks (R-Ala.) — who is spearheading the long-shot push to overturn the election results in Congress — organized the trio of White House meetings, which lasted over three hours and included roughly a dozen lawmakers. The group also met with Vice President Mike Pence, who will be presiding over the joint session of Congress when lawmakers officially certify the Electoral College votes on Jan. 6, as well as members of Trump’s legal team.

“It was a back-and-forth concerning the planning and strategy for January the 6th,” Brooks said in a phone interview.

In addition to the “dozens” of House Republicans who are committed to objecting to the election results, Brooks said there are “multiple” Senate Republicans who are now receptive to the effort, though he declined to name names. Sen.-elect Tommy Tuberville (R-Ala.), whom Trump has repeatedly praised on Twitter recently, has said he is considering the idea.

“More and more congressmen and senators are being persuaded that the election was stolen,” Brooks said, who claimed that momentum for the effort is growing.

Sen. John Thune (R-S.D.), however, told reporters Monday that the House GOP’s effort is “going down like a shot dog.”

Other members who were in attendance include some of Trump’s staunchest allies on the Hill, such as Rep. Jody Hice (R-Ga.), Rep. Jim Jordan (R-Ohio), Rep. Andy Biggs (R-Ariz.) and Rep.-elect Marjorie Taylor Greene (R-Ga.).

“Big meeting today with @realDonaldTrump, @VP, the President’s legal team, @freedomcaucus and other Members of Congress,” Hice tweeted. “I will lead an objection to Georgia’s electors on Jan 6. The courts refuse to hear the President’s legal case. We’re going to make sure the People can!”

But even if a senator joins the House GOP’s attempt to throw out the election results — which is required in order to force a deliberation and vote on the matter — the effort is almost certain to fail.

The House is led by Democrats, while there’s not a huge appetite for the effort in the Senate GOP. Senate Majority Leader Mitch McConnell even warned Senate Republicans last week not to get involved. And House Minority Leader Kevin McCarthy has dodged questions about the improbable effort.

Still, the whole episode could turn messy — and become one last Trump loyalty test. Brooks, who said there are plans to challenge the results in six states, said total debate time could clock in at around 18 hours. That means the vote-counting process could bleed into the wee hours of Jan. 7.

During Monday’s meeting at the White House — where lawmakers noshed on a mid-afternoon snack of meatballs and pigs in a blanket — Trump talked with members for over an hour about how Jan. 6 will play out. They discussed logistics, such as what the objection language for each state would look like and how the floor proceedings will work.

The group of conservatives is still debating whether to keep the objection language short or detail claims of widespread voter fraud, which they have not proved and which have repeatedly been rejected in court. And while only one senator and representative can be the chief sponsor of each objection, scores of other lawmakers will likely be listed as cosponsors since there are so many members eager to be involved in the effort.

Meanwhile, the goal of meeting with Pence was to make sure they are all on the same page, since the vice president will be presiding over the proceedings and will have to rule on various objections and procedural issues.

Lawmakers were “trying to make sure that we understand what his view of the procedural requirements are, so we can comply with them,” Brooks said. “Pence will have a tremendous amount of discretion, though I think the rulings he will make will be pretty cut and dry.”

“It’s still somewhat fluid, since this does not happen very often,” Brooks added.