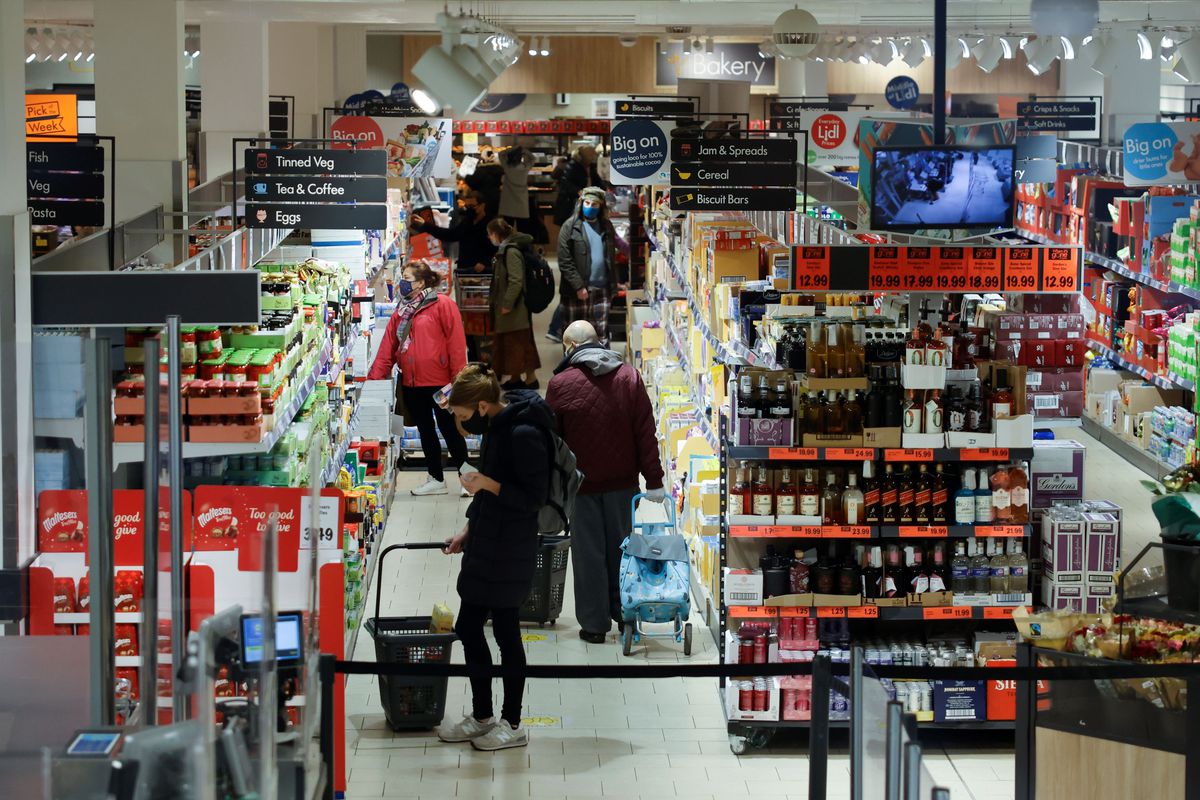 Britain said there was plenty of food in the shops on Tuesday but industry groups repeated warnings of shortages of some fresh produce from next week unless freight routes to mainland Europe are swiftly restored.

Interior minister Priti Patel said Britons should not be concerned despite Tesco and Sainsbury’s, Britain’s two biggest supermarket groups, raising the alarm on Monday that gaps could start to appear on fruit and vegetable shelves within days.

Freight from France is being disrupted as part of a wider suspension of travel links with Britain to try to curb a new faster-spreading variant of COVID-19.

“I don’t think anybody should be worried – there is plenty of food in our shops,” Patel told LBC radio.

British supermarkets are facing record Christmas demand due to COVID-19 restrictions on the hospitality industry and on travel and there are fears of panic buying.

“U.K. shoppers need have no concerns about food supplies over Christmas, but impacts on local on-shelf availability of certain fresh foods look likely from next week unless we can swiftly restore this link,” said Ian Wright, CEO of the Food and Drink Federation, which represents over 300 food and drink businesses.

The British Retail Consortium (BRC), which represents more than 170 major retailers including the big supermarkets, is also concerned about supplies shortly after Christmas, highlighting possible shortages of salad, vegetables and fruit, including raspberries and strawberries.

“The borders really need to be running pretty much freely from tomorrow to assure us that there won’t be any disruption,” Andrew Opie, the BRC’s director of food and sustainability, told BBC radio.

He noted that 90 per cent of the lettuces consumed by Britons and about 70 per cent of soft fruit comes through the Channel ports at this time of year.

The BBC cited France’s Europe Minister Clément Beaune as saying that Britain and France would announce a deal to restart freight by Wednesday. One option is to roll out mass testing for truck drivers.

“Whatever is agreed, we need to be careful it doesn’t add too much friction to the supply chain which in itself causes disruption by causing delays to the drivers whilst they’re being tested,” said Opie.

Though large queues again snaked around supermarkets across Britain on Tuesday and some shelves were stripped bare, food retailers said they had not seen any major changes in customer buying behaviour.

Opie said supermarkets had expected and planned for Christmas queues.

“You need to remember these are the busiest days for shopping … and remember all the stores are still operating all of their COVID protocols, which means you can’t get as many people into a supermarket as you would do normally,” Opie said.

“We’re not seeing the sort of excessive buying in any kind of volumes that we saw around that period in sort of mid-March,” he added.

Sign up for the Coronavirus Update newsletter to read the day’s essential coronavirus news, features and explainers written by Globe reporters and editors.