A (markets) journal of the plague year 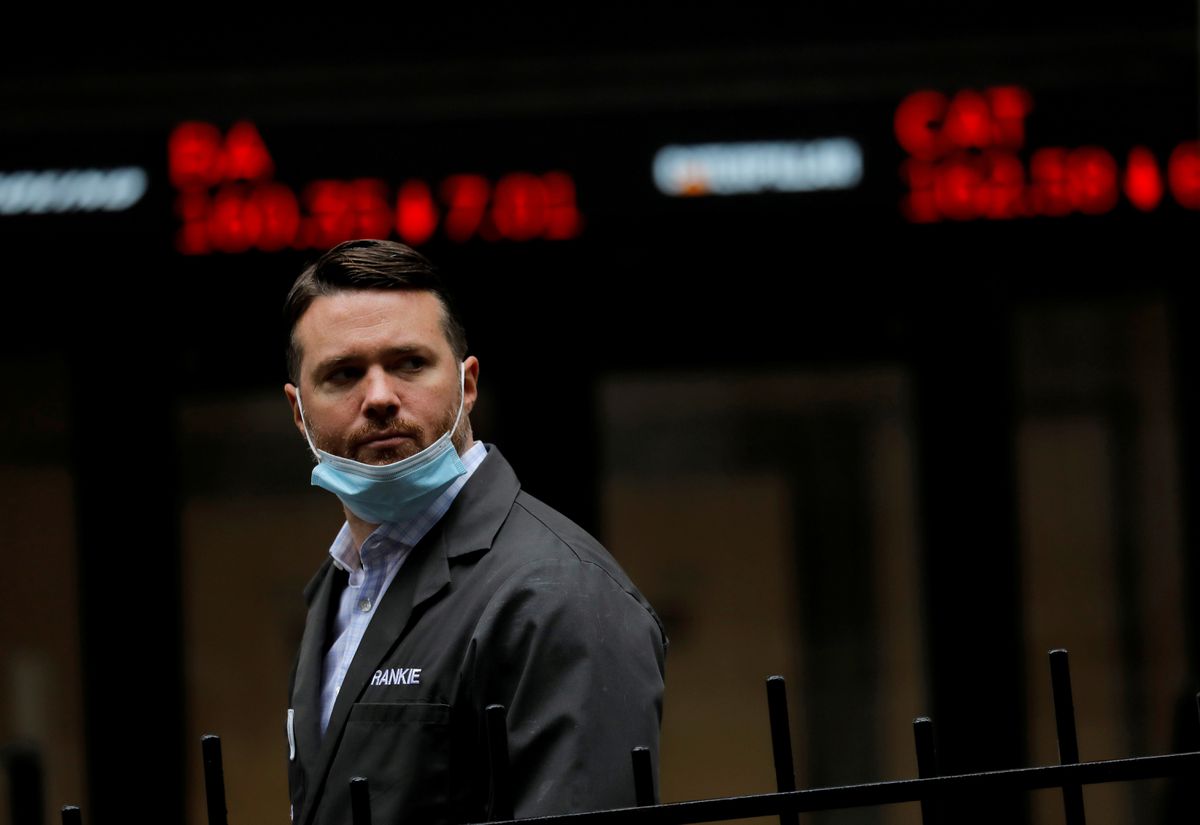 Last December the first infection with the new coronavirus was reported to the World Health Organization. Twelve months later, global financial markets have been on a roller coaster like no other.

The virus even wasn’t the first thing that spooked the markets this year. The tone was set when an escalation of an oil market turf war between Saudi Arabia and Russia sent oil prices crashing over 5% on Jan 8.

Just days later though China’s stock markets began to fall as a cluster of more than 50 pneumonia cases in Wuhan city sparked a warning from the WHO there could be a new SARS-like virus.

Oil continued to fall as traders were also now worrying about a drop in Chinese demand, but other major markets were not seriously affected until mid-February when it became clear the virus was rapidly spreading out of Asia.

Cue carnage. From February 20 to March 24 as Europe’s big economies locked down, MSCI’s 49-country world share index lost more than a third of its value hemorrhaging a staggering $18 trillion.

“In retrospect I felt I was one of the villagers in the boy who cried wolf story,” said Ben Inker, Head of Asset Allocation at investment firm GMO.

“We had seen a number of potential pandemics never really develop…we were assuming that this was going to be contained and when it didn’t we understood why the world was freaking out.”

For reference, the record quarterly drop for Wall Street was 40% in 1932 in the midst of the Great Depression. The fact that the S&P and Dow were at record highs back in mid February made the crash this time seem more brutal.

Governments were already trying to shore up their economies, but just like the financial crisis a decade previously it took powerful central bank medicine to steady the markets.

The Federal Reserve’s move to cut U.S. interest rates to zero in mid-March initially had zero impact, but once it opened new swap lines to keep money markets flush with dollars and the ECB and other big central banks arrived with their own measures, the rout eased.

The amount of money and effort thrown at the problem has been unprecedented.

BofA calculates that central banks have spent $1.3 billion an hour buying up assets since March and made 190 interest rate cuts this year, which works out as four every five trading days.

As well as fueling the monster market rebound, JPMorgan estimates the central bank moves have left nearly $35 trillion, or 83%, of all richer, developed nations’ government debt with a ‘negative yield’ once inflation is factored in.

It means investors are effectively paying for the privilege of lending to those countries. Germany’s finance ministry for example says it has earned more than 7 billion euros ($8.51 billion) from issuing new bonds this year.

Locking down much of the world economy has not been easy.

By April the International Monetary Fund was forecasting global growth would to fall to -3 percent, a 6.3 percentage point downgrade from its January estimate. Its latest forecast is for -4.4% for the year. “This makes the Great Lockdown the worst recession since the Great Depression, and far worse than the Global Financial Crisis,” it has said.

Unemployment and global debt levels have also surged and the World Bank warns global extreme poverty is set to rise for the first time in over 20 years.

It could push an additional 88 million to 115 million people below the breadline this year and as many as 150 million by the end of next year.

Stock markets were beginning to recover in April but the shocks did not stop. Oil went negative for the first time ever , dropping as low as minus $40 a barrel as oil producers began to fear storage capacity could run out.

It did not last long though. By the end of April it was back up to almost $20 a barrel and is now back above $50 – a 220% gain for anyone brave enough to dive in – although it is still down nearly 25% for the year as a whole.

A breakdown of the best- and worst-performing stocks also tells the story of the pandemic, which has now claimed over 1.6 million lives.

The boom in working from home and video chat has lifted Zoom 490%. Moderna, one of the drug firms delivering a vaccine, is up over 635%, sit-on-your-sofa stocks like Netflix and Amazon have jumped 64% and 75% respectively while the other big trend of the year – electric cars – has seen Tesla surge 683% and its rival Nio charge up nearly 1,000%.

At the other end, cruise ship company Carnival has sunk 57%, scores of airlines, travel firms and retailers have been battered, while aero engine maker Rolls Royce has been pummeled nearly 50% for the year.

A seesawing of major currencies has also happened. The safe-haven dollar surged up until the mid-March turnaround but is now down 6.66% for the year and 5% since late September, whereas the euro and yen are up roughly 10% and 5%.

Sweden’s crown is the top 2020 performer with a 13% jump. A 6.6% surge for China’s yuan will be one of its best year’s too though there is still plenty of pain in emerging markets.

Brazil’s real is down 20%. Russia’s rouble – one of last year’s top performers – is down 15% despite a bounce and near bullet-proof balance sheet. Turkey’s lira has climbed off record lows but is still down 22%, while Mexico’s peso and South Africa’s rand are both down around 4.4% although they were down 14% and 20% respectively at the end of September.

November was also key. First came the U.S. election defeat for Donald Trump which raised hopes some of the global trade tensions would ease. Then days later, the long-awaited news that one of main vaccine hopes had proved over 90% effective in protecting people from COVID-19.

That double boost saw a record 12.6% monthly leap in the MSCI world stocks index adding approximately $6.7 trillion – or $155 million a minute – to the value of world equities.