Food banks usually experience an increase in demand at this time of year but Christmas 2020 is unlike any other.

At the Central Okanagan Food Bank (COFB), the demand for Christmas hampers is up significantly.

“Compared to last Christmas, it is a 30 per cent increase,” said Trevor Moss, COFB chief executive officer. “We think it’s definitely because of the COVID crisis and the economy has been impacted.”

Read more:
‘The worst is yet to come’, report warns as Ontario food banks see rise in first-time users

Hamper distribution started on Dec. 7, and will continue right up until Dec. 24, but this week is the busiest as people pick up all the necessities to put together a Christmas dinner.

The pandemic has forced the food bank to adapt a new way of distributing the hampers including the creation of a drive-though so that no one has to go inside the facility.

“This year we’re not serving hot chocolate, Santa is not on site,” Moss said.

Kevin Polehoykie and his wife Jennifer were among the people picking up a hamper on Wednesday. 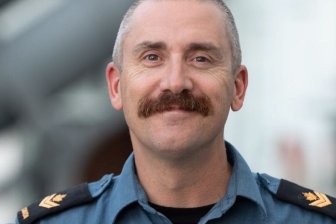 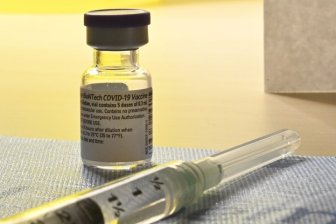 How long will the COVID-19 vaccine protect you? Here’s what we know so far

“With this time of year and COVID and all that type of thing, I think it gives people more of a hand up rather than a hand out,” Kevin Polehoykie said.

The couple, like so many, have been hard hit by COVID, including having working hours reduced.

“I’m working, but only two days a week and stuff. And sometimes it is hard, you know, to pay for things and stuff,” said Jennifer Polehoykie.

But as the demand for food bank services has increased, it appears so, too, has the community’s generosity.

“The community has been fantastic,” Moss said. “They’ve always been able to meet our need and we are definitely seeing that.”

Moss said people have really compensated for the cancellation of fundraising events and food drives by stepping up with all kinds of initiatives.

“Immaculata High School and Okanagan Mission Secondary, they actually did a turkey drive-through and they provided us 220 turkeys yesterday.”

Read more:
COVID-19 prompts food and toy drives in Penticton to roll into one

“There was a seven-year-old girl three days ago who came into our warehouse,” said Moss.

“It was her seventh birthday and what she said to her parents is she wanted to actually give this as a birthday gift and she gave us seven items … to actually help someone that is in need during Christmas.”

Hamper distribution will continue until Dec 24. Those who have not yet registered can still do so by calling the food bank.