Burnaby food truck launched, shut down by COVID-19, hit thrice by thieves – all in 2020 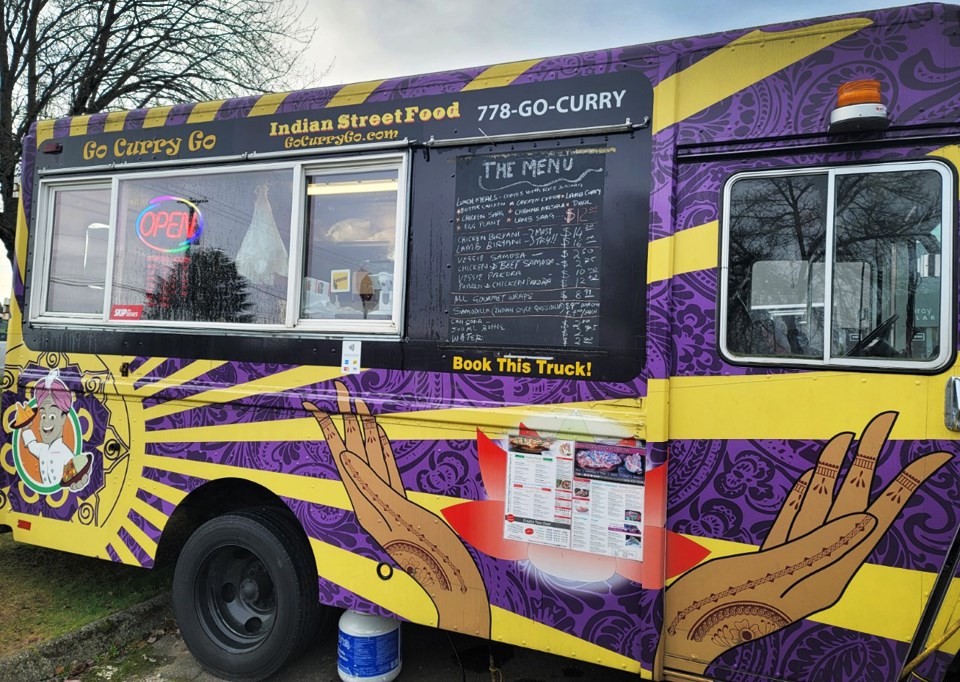 Getting a food truck business up and running during a global pandemic is tough enough without thieves stealing everything you need to run it, says one Burnaby businessman.

Zakir Somani, who owns Canadian Pizza Plus in Burnaby, launched a food truck – Go Curry Go – in the Lake City Business Centre off Lougheed Highway by Underhill Avenue in February.

Within weeks, COVID-19 hit, and the Indian street-food business had to be shut down.

When pandemic restrictions eased a couple months later, the business was ready to re-open, but thieves had broken in and made off with a $1,500 generator.

“They just rip it out and take it,” Somani said. “These are things that we need to operate our truck, right?”

On Monday morning, the cash register was missing – even though there had been no cash left in it over the weekend, according to Somani.

Thieves had also swiped a printer, tool box and jerry can full of gasoline.

All told, Somani estimates he’s out more than $5,500 after the three break-ins. Because of a high insurance deductible, however, he said filing claims to recover the lost items wouldn’t be worth it.

He’s also skeptical about any help from police.

“I called them and they said we just have to file a report,” Somani said.  “I don’t know if I should even file a report. They have other things to do, I’m sure.”

“At the very least, this information can be used to detect crime trends, which help police determine where to place resources,” he said. “While the public might think their specific crime is unsolvable or not important, reporting it can reduce the likelihood of more victims through crime tracking and statistics.”

At the beginning of the pandemic, the Burnaby RCMP’s bike section and community response team conducted proactive patrols in business areas in the city to deter thieves targeting businesses closed during the initial lockdown.

Kalanj was unable to say definitively whether break-ins have increased in the Lake City Industrial Park during the pandemic.