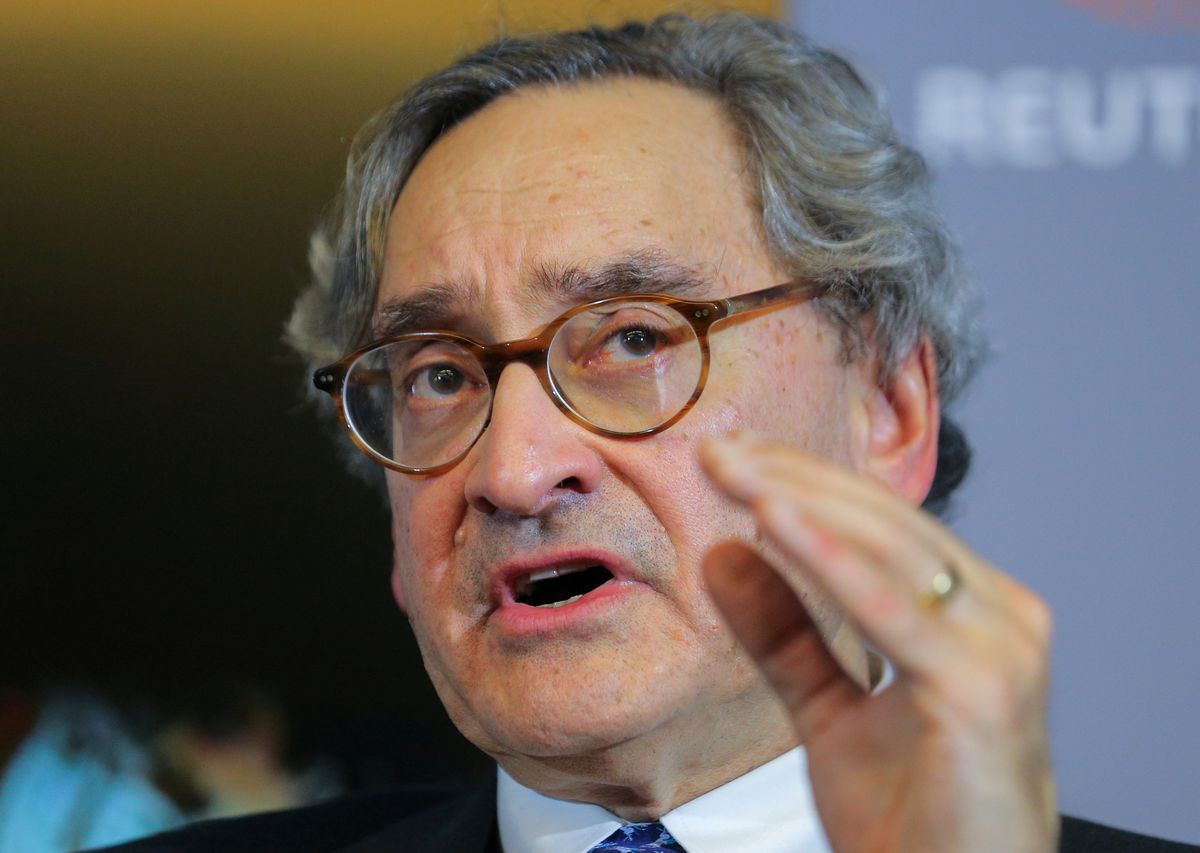 When Michael Sabia gets excited about an idea, he speaks very slowly.

Early Friday, Mr. Sabia started answering a question: After three decades at the top rungs of corporate Canada, why accept Prime Minister Justin Trudeau’s request to return to Ottawa and shoulder what’s likely to be a grinding, thankless engagement as the deputy minister of finance?

The 67-year-old executive, who was semi-retired, said, “I don’t want to sound like a Boy Scout, but I found it difficult to say no to what is clearly an important opportunity for Canada.”

Then Mr. Sabia’s voice slowed down. The self-described “technocrat” explained that his overarching goal is to help reverse a steady decline in Canada’s economic growth, a national challenge that’s persisted for two decades and been exacerbated by the COVID-19 pandemic.

“The country needs to be on a better … growth … trajectory,” Mr. Sabia said. ”Slow growth limits … Canada’s … choices. If we invest to fund growth, we trigger a virtuous circle. Our fiscal realities become easier to manage. And Canadians have more choices.”

As he sketched out what he sees as priorities for the federal government – expanding the labour force by improving daycare, helping the oil patch cope with climate change by investing in carbon capture technology and pushing for innovation in every corner of the economy – Mr. Sabia admitted he’s still “surprised” by the prospect of a return engagement with Finance Canada. He started his career in the department in the 1980s, running projects that included introducing the Goods and Services Tax, before leaving in 1993 for Canadian National Railway.

“When someone like Michael gets a call to serve, there is only one answer,” said Bill Fox, former press secretary for prime minister Brian Mulroney and part of the executive team at CN Rail and BCE Inc., which Mr. Sabia ran for the better part of a decade, before taking the reins at the Caisse de dépôt et placement du Québec for 11 years.

A few weeks ago, Mr. Sabia seemed to have figured out the final act of his career. The former CEO was still a player in business as chair of the Canada Infrastructure Bank, a Crown corporation with $35-billion to invest. He satisfied his inner policy wonk as director of the Munk School of Global Affairs and Public Policy at the University of Toronto.

Mr. Sabia goes to Ottawa on Monday because Paul Rochon, deputy finance minister for six years, announced earlier this month he is heading for the exit. News of Mr. Rochon’s departure came the day after Finance Minister Chrystia Freeland delivered an economic update that included record red ink – an estimated $381-billion deficit – and the Liberal government’s plans to spend $100-billion on building back better from the pandemic.

With Mr. Rochon’s departure, the Prime Minister and his team put a full court press on Mr. Sabia, who has been a sounding board for the federal Liberals since the 2015 election. “Michael’s got a great toolkit to tackle this job,” said Stephen Poloz, former governor of the Bank of Canada, and now special adviser at law firm Osler, Hoskin & Harcourt LLP. “His issue is one common to all deputy ministers: The politics can be a challenge.”

“There are all kinds of ideas floating around, all sorts of ways to spend money. The role of the Finance Department is to bring structure to the conversation,” Mr. Poloz said.

Conversations between Mr. Sabia and the politicians are bound to include turning Liberal buzzwords such as innovation and greening business into policies that mesh with the Finance Department’s priority: boosting economic growth.

“People talk about innovation in terms of technology and startups. That’s only a piece of the puzzle,” Mr. Sabia said. “Innovation needs to underlie what Canadians do in agriculture, in manufacturing, in health care and energy.” He said several countries, including Germany, successfully incorporate innovation into industrial policy.

When it comes to environmental issues, Mr. Sabia points to his time at the Caisse, Quebec’s $333-billion fund manager. When Sabia arrived in 2009, climate change was considered a risk or constraint, a reason not to invest. “We turned around the telescope,” Mr. Sabia said. The Caisse stepped up investments in areas such as renewable energy and was handsomely rewarded.

“There are enormous business opportunities that come with climate issues,” he said. “For instance, why can’t Canada be the global leader in carbon capture technology?”

The challenges that come from saying no to free-spending federal Liberal cabinet ministers are nothing new to Mr. Sabia. He’s been through the same discussions as a board member at the US$37-billion Mastercard Foundation, one of the world’s wealthiest charities. Reeta Roy, the Toronto-based foundation’s CEO, said Mr. Sabia’s vigilance in handing out charity donations speaks to the respect he’ll show for taxpayers’ money.

“When we’re considering where we put our resources, Michael is always the one to ask ‘What do we really want to achieve here?’ ” Ms. Roy said. After debates over programs that support education in Africa, the foundation’s central mission, she said Mr. Sabia often ends up answering his own question ”by stating the purpose behind our plans in this crisp, clear way.”

Heading into his first day at his new job – he only recently got to know Ms. Freeland, who was named Finance Minister in August – Mr. Sabia steered clear of commenting on specific government issues, such as this year’s deficit, other than to say: “The focus tends to the level of government spending, not the composition of government spending. A key question needs to be: Do programs and policies enhance our economic growth?”

Mr. Poloz agreed with Mr. Sabia’s view that future growth, not current debt, should be Ottawa’s priority. The former central banker compared running deficits to pay for pandemic-related programs to newlyweds taking out a big mortgage on their first home.

“If the couple does well and they both get raises, then the mortgage gets easier to carry,” Mr. Poloz said. “It’s essential we make investments that add to Canada’s economic growth. Doing so augments our ability to service our debt. If the economy grows, no one will remember this year’s deficit, just like no one remembers our national debt after World War Two.”

Mr. Sabia arrives at the Finance Department knowing that many Canadian business leaders are deeply concerned with the Liberals’ lack of interest in business issues. Former colleagues welcome the bridge between two solitudes.

“I’ll be very frank. This government is not being recognized for being very astute, or very impressive on the economic front or the business front.” said Paul Tellier, Mr. Sabia’s long-time mentor as head of the Privy Council and CEO at CN Rail. He said: “I think Michael’s going to sensitize ministers and the Prime Minister that the economy does matter. The pandemic is going to be over, we are getting some good news about vaccines, and therefore, where do we go next?”

Mr. Sabia looks forward to answering that question of where Canada goes next, speaking slowly when needed, and plotting a path that boosts economic growth.

With a file from Sean Silcoff