DoorDash, Airbnb whip up a foolish frenzy on the stock market 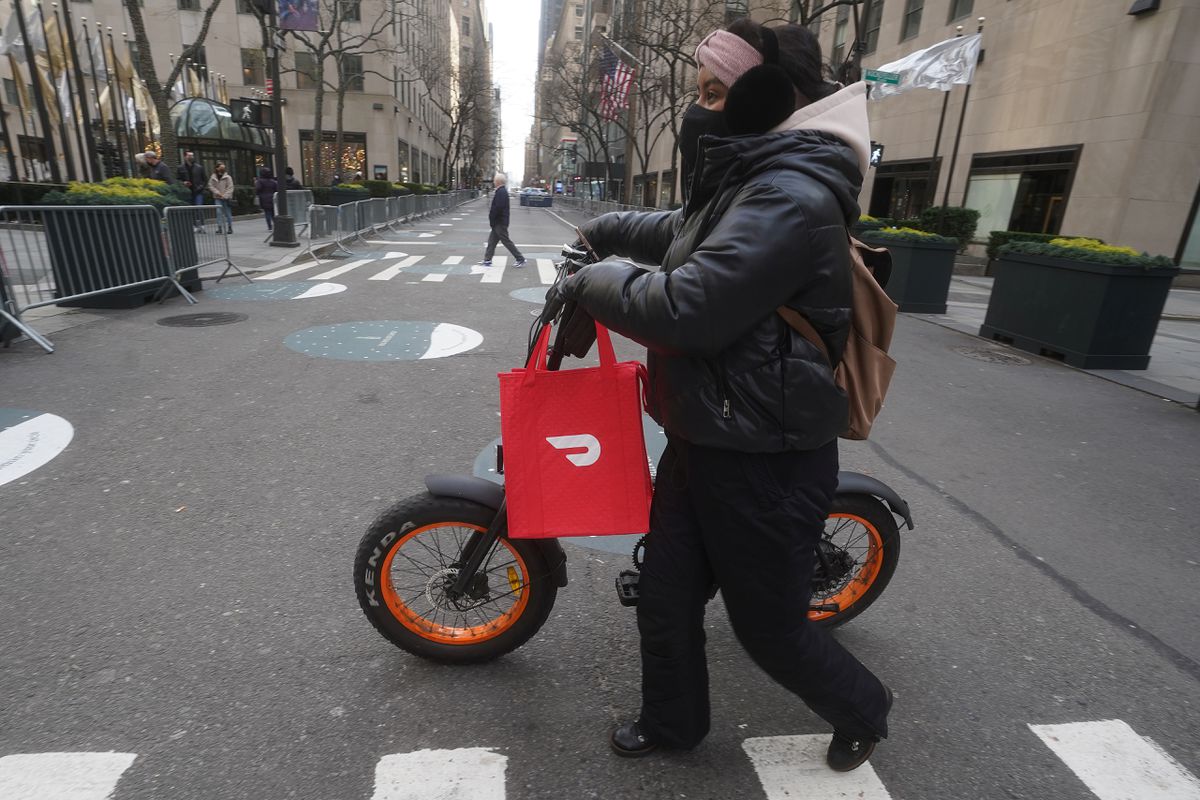 The stock market made it official this week: Price no longer matters, value is irrelevant, only fools look at the bottom line.

DoorDash stock rocketed ahead as much as 92 per cent following its initial public offering on Wednesday, while Airbnb shares more than doubled after their IPO on Thursday.

The buying frenzy around the two companies echoes the tech-stock mania of the late 1990s. Once again, investors are willing to pay any price to own a piece of high-profile growth businesses.

This time around, though, the buying binge seems to involve an even higher level of wishful thinking than it did 20 years ago.

In the 1990s, the untapped potential of online commerce beguiled investors. Their willing suspension of disbelief was foolish in retrospect, but at least somewhat understandable. People had no way to gauge the new opportunities that were opening up.

In contrast, the recent exuberance focuses on established enterprises in the unglamorous businesses of delivering chicken wings and renting out spare bedrooms. Investors don’t have to extrapolate strange new vectors to value them. They simply have to assume things will trundle on more or less as they have been.

That is where the willingness to ignore the past has become vital. To date, both DoorDash and Airbnb have distinguished themselves primarily for their ability to generate rapid growth while incinerating truckloads of cash.

Airbnb, for instance, is a 12-year-old business that managed to post an operating loss of US$502-million in 2019 on revenues of US$4.8-billion.

In 2020, its difficulties swelled as lockdown restrictions reduced people’s ability to travel. In April, it had to raise US$1-billion in new funding from private equity firms in a deal that valued the entire company at US$26-billion. In May, it laid off a quarter of its work force.

So, seven months later, how much does the stock market think Airbnb is worth? About US$79-billion, or more than three times what it was valued at this spring.

“This speaks to a market that has clearly lost all sense of perspective,” wrote Michael Hewson, chief market analyst at CMC Markets UK.

Indeed. By way of comparison, Marriott International Inc. has generated steady profits in recent years and enjoys revenues four times that of Airbnb. However, the stock market values the hotelier at only US$43-billion, or a bit more than half what it deems Airbnb to be worth.

Optimists will point to Airbnb’s history of rapid growth and its strong rebound from its pandemic lows this spring as arguments for owning the stock. But the numbers don’t stand up.

Aswath Damodaran, a professor at New York University and authority on stock valuation, performed a pre-IPO analysis that optimistically assumed the company would enjoy strong revenue growth for years to come. He also projected that Airbnb would become profitable before the decade was out.

Even with those upbeat inputs, his estimate of fair value for the company is around US$36.5-billion – less than half of where investors have now propelled it.

DoorDash’s valuation may be even giddier. The eight-year-old food-delivery giant lost US$616-million in 2019 on an operating basis, and is on track to lose a couple of hundred million again this year despite a pandemic-fuelled boom in food delivery.

By Mr. Damodaran’s calculations – which, again, pay the company the compliment of assuming vigorous growth for years to come – DoorDash’s shares are worth about US$18.3-billion to a reasonable investor. The actual figure? Around US$59-billion, meaning the stock could slump to a third of its present price and still be fully valued.

Granted, these exercises in reality-based number crunching are unlikely to convince any of the faithful. True believers tend to dwell on total addressable market, or TAM, to justify lofty stock prices.

The idea here is that a dominant company in a huge market will keep on growing to a point that eventually supports whatever price investors slap on it. At some point – not now, but soon, just you wait – the company will start to benefit from the enormous scale it enjoys.

The ebullience around Airbnb stems in part from this way of thinking. The company promotes a sweeping vision for what it could become – not just a middleman for landlords, but a delivery vehicle for interesting “experiences,” from walking tours to cooking schools to, well, just about anything.

Similarly, DoorDash wants you to drop that silly notion it is merely a bunch of folks dropping off burgers and pizza at your front door. In its prospectus, it talks up its ambition to sell monthly memberships that would allow unlimited deliveries for all types of goods.

“We envision this membership becoming a wallet for the physical world, where a consumer can access not only restaurants, but all the local businesses in their community, and receive benefits while shopping in-store, at home, or anywhere in between,” it says.

Um, sure. Ambition is to be praised, but investors should be wary when companies start sketching grandiose but murky futures – especially when they haven’t yet proven themselves capable of generating a profit on their existing ventures.

In Airbnb’s case, there is the growing challenge of pushback from cities that don’t like the company’s propensity for transforming residential neighbourhoods into de facto hotel districts.

For its part, DoorDash faces competition from the likes of Uber Inc., as well as the threat of future legislation around gig workers. More fundamentally, it confronts the challenges of what has historically been a low-margin business.

In its prospectus, it shows how a typical US$22.40 meal order will wind up costing a customer US$32.90 after taxes, tips and fees. Of that amount, the self-employed “dasher” who delivers the meal gets US$7.90 while DoorDash pockets US$4.90.

Is this a good deal? Dashers seem unlikely to get rich while restaurants may balk at paying double-digit commission rates when the pandemic ends. At the very least, the finely balanced math seems like a shaky foundation for a multibillion-dollar business.

This may explain why the company has had to forgo profit by pouring money into promotions and discounts to keep the operation turning. But don’t try telling that to the eager folks who loaded up on its shares this week.