Biden Cabinet To Be Filled With People Who Served Obama, Too : Biden Transition Updates – NPR 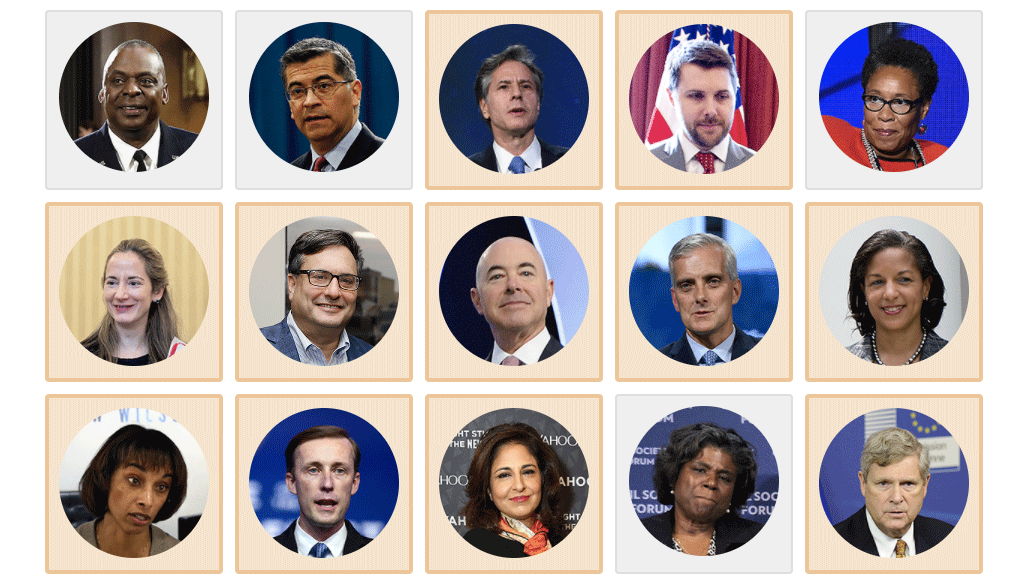 As President-elect Joe Biden crafts his Cabinet and White House team of advisers, he has pledged to make it the most diverse team in history. But in his picks so far, there is one thing that most of his team will have in common: previous service in the Obama administration.

Biden, who was Obama’s vice president, has emphasized his personal relationships with many of these advisers. And he also has highlighted that he wants people who are “ready on Day 1” to help him lead the country’s recovery from the coronavirus pandemic.

“Each of these nominees are forward-thinking, crisis-tested and experienced,” said transition spokesperson Sean Savett, “They are ready to quickly use the levers of government to make meaningful differences in the lives of Americans.”

It’s not unusual to pick top advisers from an earlier White House because they know the ropes, said Kathryn Dunn Tenpas, who has studied administrations back to President Ronald Reagan. And Biden’s team members will face a completely different set of challenges than they did last time around, she said.

“We are certainly not in an era right now where it’s status quo. We have a pandemic on our hands. The economy is faltering. We have really high racial tension in our country. I don’t think it was like that in 2009,” she said.

But progressives make the same case: It isn’t 2009 anymore, and fresh faces and perspectives are needed to tackle huge problems including climate change and racial justice. Progressive activists have redoubled their efforts to urge Biden to made some bolder picks to fills his remaining Cabinet spots for attorney general, climate and energy posts, education, transportation and labor.

“We weren’t in the greatest place … before Donald Trump took office,” said Cori Bush, a progressive Democrat who became the first Black woman elected to Congress from Missouri in November.

“We have some amazing people that are doing wonderful work … all across this country,” Bush told reporters, saying that Biden had missed an opportunity “to bring some of those things that they’ve been working on in their organizations, in their communities, in their businesses, to this place — because we have to do a lot of work.”