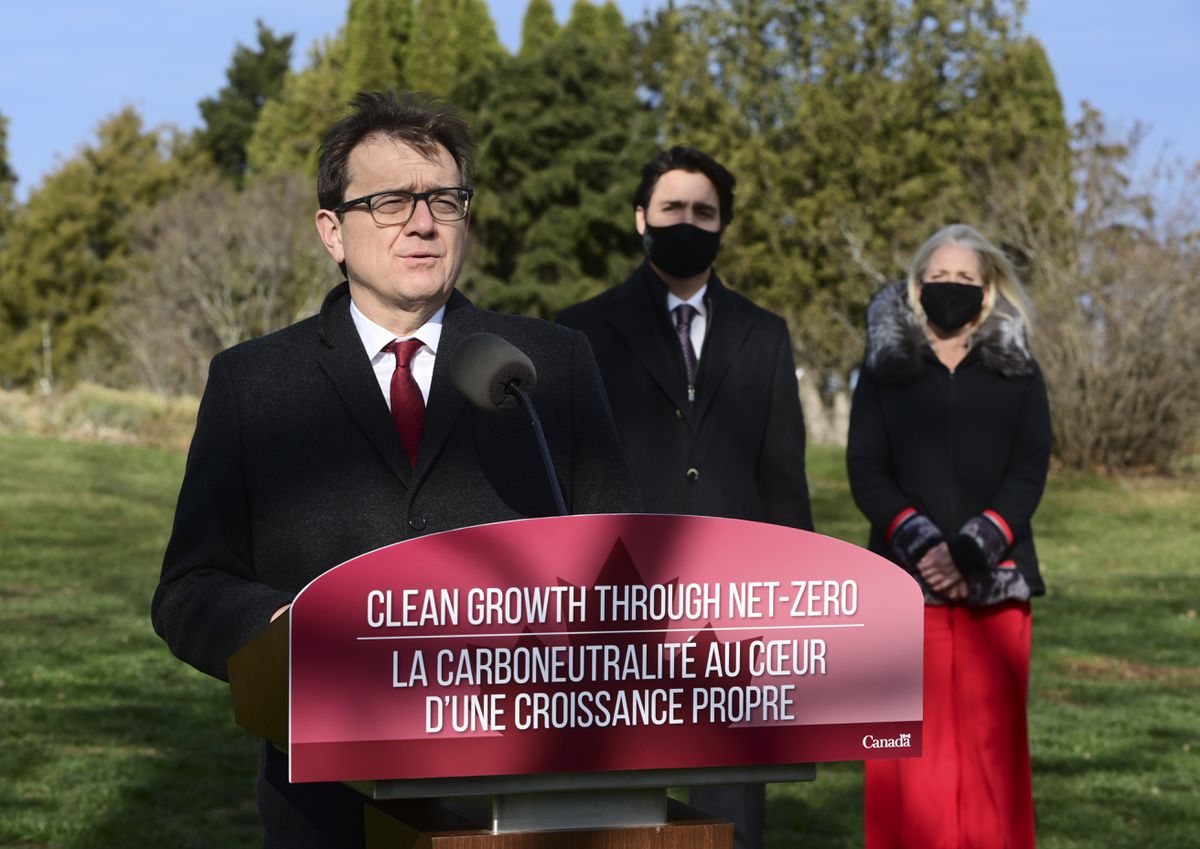 Canadians are about to get a better sense of the federal government’s seriousness when it comes to fighting climate change over the next decade.

After many months of buildup, Justin Trudeau’s Liberals are expected to release on Friday their promised plan to exceed the country’s commitments to reduce greenhouse-gas emissions by 2030 under the Paris Agreement.

The announcement appears timed to allow Ottawa to make a splash at an international “climate-ambition” summit being convened this weekend by the United Nations, Britain and France. Canada was recently added to the countries listed on the event’s website as having speaking slots, which a spokesperson for the British High Commission in Ottawa said are being reserved for those with new pledges to announce.

The bigger news than the new targets, however, could be the plan’s inclusion of new policy measures to meet them. With Canada not even on pace to meet its existing 2030 goals, the government has been considering everything from carbon-price increases to vehicle-sales regulations to new industrial strategies to give credibility to loftier aspirations.

Just how far the Liberals prove willing to go in those directions on Friday will be partly contingent on how much controversy they’re willing to court – with industries resistant to new regulations, consumers wary of higher costs and provincial governments that have already been hostile toward measures to date.

To some extent, the plan will involve finally moving forward on policies that have long been in the works. That most notably includes the long-delayed Clean Fuel Standard (CFS), which will require lower carbon intensity over the lifecycles of fuels sold domestically, mostly for use in vehicles. With draft regulations for the CFS likely to be published concurrent to the broader plan’s announcement, the specifics will be carefully pored over both by a beleaguered fossil-fuel sector nervous about taking another hit and by environmental groups worried that the policy has been watered down in deference to that industry.

The plan could also involve strengthening methane regulations only recently put in place, which the government’s own modelling has shown will fall well short of its goal of reducing that form of GHG emissions (largely from natural-gas production) 40-45 per cent by 2025. That would require reopening regulatory agreements with provinces, particularly fraught in Alberta’s case.

But the intended impacts of policies such as the Clean Fuel Standard and methane regulations have already been factored into Ottawa’s projections of Canada’s current GHG trajectory. And that path would see the country’s annual emissions at 588 megatonnes in 2030, well above its 511-megatonne target under the Paris Agreement.

So measures that haven’t previously been promised will have to do a lot of the heavy lifting, and in recent days, rumours have been flying about what those could involve.

The most obvious move that could be announced Friday, to which it would be relatively easy to attach projected emissions reductions in future years, would be to keep scaling up the national carbon price. Currently at $30 a tonne, it’s scheduled to rise to $50 a tonne by 2022, but there are no planned increases beyond that.

The Liberals could easily announce plans to keep raising it by $10 annually in the years that follow, depending how much they’re worried about giving their opponents a chance to capitalize on any backlash heading into a potential election in the months ahead.

Any serious plan is also going to have to include more direct measures to tackle transportation emissions, which account for about a quarter of the country’s carbon footprint. Among the many possible ways to go about that, one that has recently gotten some traction within government and would be a flashy way of showing resolve is a requirement that zero-emissions vehicles (ZEVs) make up a growing share of all passenger-vehicle sales. Unsurprisingly, that’s also a prospect fiercely opposed by an auto sector with which Ottawa wants to remain on good terms, as it seeks to attract more manufacturing investment.

Emissions from buildings are another big piece of the puzzle, and the Liberals are going to need to do a lot better than the modest home-retrofit grants announced in their recent fall economic statement. In a question-and-answer session held by the Climate Action Network on Thursday, Environment Minister Jonathan Wilkinson hinted at a new “net-zero” national building code to promote energy efficiency. But that would only apply to new buildings, and it’s unclear whether there will be anything new in the plan for the highly expensive top-to-bottom upgrades needed for many older ones.

As for the oil-and-gas industry that is by far the biggest source of the country’s emissions, the Liberals have to be hoping that some combination of broader policy moves – the Clean Fuel Standard, the methane regulations, perhaps an increase to industrial carbon pricing – make some dent. They could also announce new funding to help that industry decarbonize as much as possible. But they’re unlikely to risk the national-unity implications of more aggressive efforts to curb production.

The plan’s likeliest direct focus on the resource sector is with policies, possibly including the government’s long-awaited hydrogen strategy, aimed at helping long-term transition toward producing cleaner energy. Tellingly, Mr. Wilkinson described it at the event on Thursday as “a document that is focused very much on industrial policy” and “building a low-carbon economy,” not just emissions reduction.

That focus could also lead to further mention of potential policies such as carbon border adjustments, which are tariffs aimed at preventing domestic industry from being at competitive disadvantage against companies from places with less-stringent environmental regulations.

Nevertheless, plausible impact on Canada’s GHG trajectory is mostly what the document will be judged upon.

Even if it does as much as possible on all of the above fronts and others besides, the federal government may not alone be able to guarantee it will hit the new targets. While Ottawa might dangle related funding for other levels of government – especially for transit and other infrastructure – it will need the provinces in particular to show more climate resolve than most of them have to date.

But the Liberals can’t claim to have been fully backing up their climate-change words with actions, so far. Before the rhetoric at the weekend summit, Friday’s announcement will show how much that’s changing.

With a report from Marieke Walsh