Levels of positive tests are rising in London and could be on the up in the east of England, according to data from the Office for National Statistics.

Figures for the week to 5 December, as England’s second lockdown was ending, suggest infection levels continued to fall in other regions.

Across the UK, the picture is mixed, with Wales seeing rising infections.

In Northern Ireland, the percentage of people testing positive continues to fall – while in Scotland it has stayed the same.

The R number – or reproduction number – of the virus is now between 0.9 and 1.0 for the UK – slightly up from 0.8-1.0 last week. But in some regions in the south and east it could be above 1, indicating infections are likely to be growing there.

The ONS figures are one source of data used by the government’s scientific advisers to judge the spread of the virus, and take decisions on restrictions on people’s daily lives.

They are based on swab tests of thousands of people in households, whether they have symptoms or not. The estimates are thought to give a more accurate picture of how many people are infected with the virus than data on positive tests alone.

Infection levels in London started to rise sharply before the end of lockdown, according to the ONS, after falling in late November.

In all other regions, including the North West and North East, and Yorkshire and the Humber, the percentage of people testing positive is decreasing.

But there are “early signs” rates may be increasing in the east of England, the ONS says.

Data on cases – or confirmed positive tests, from Public Health England – also suggests the epidemic is growing in parts of London and the south-east of England.

Areas such as Basildon, Medway and Havering are now experiencing more than 400 cases per 100,000 people.

England’s tiers system is due to be reviewed on 16 December and there have been suggestions that London should be moved from tier two to tier three to avoid a spike in deaths over Christmas.

Kent is already in tier three while Essex is in tier two. 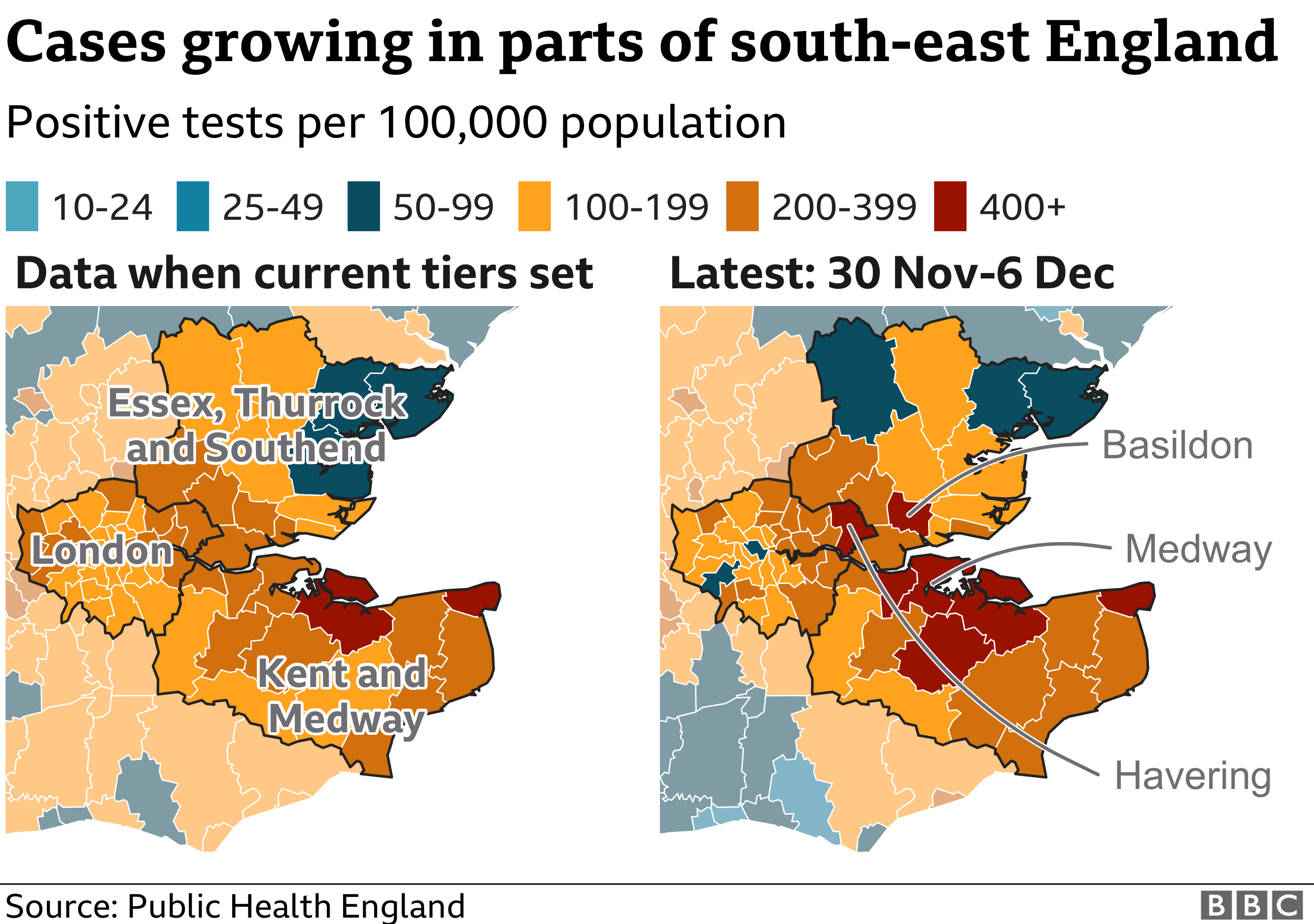