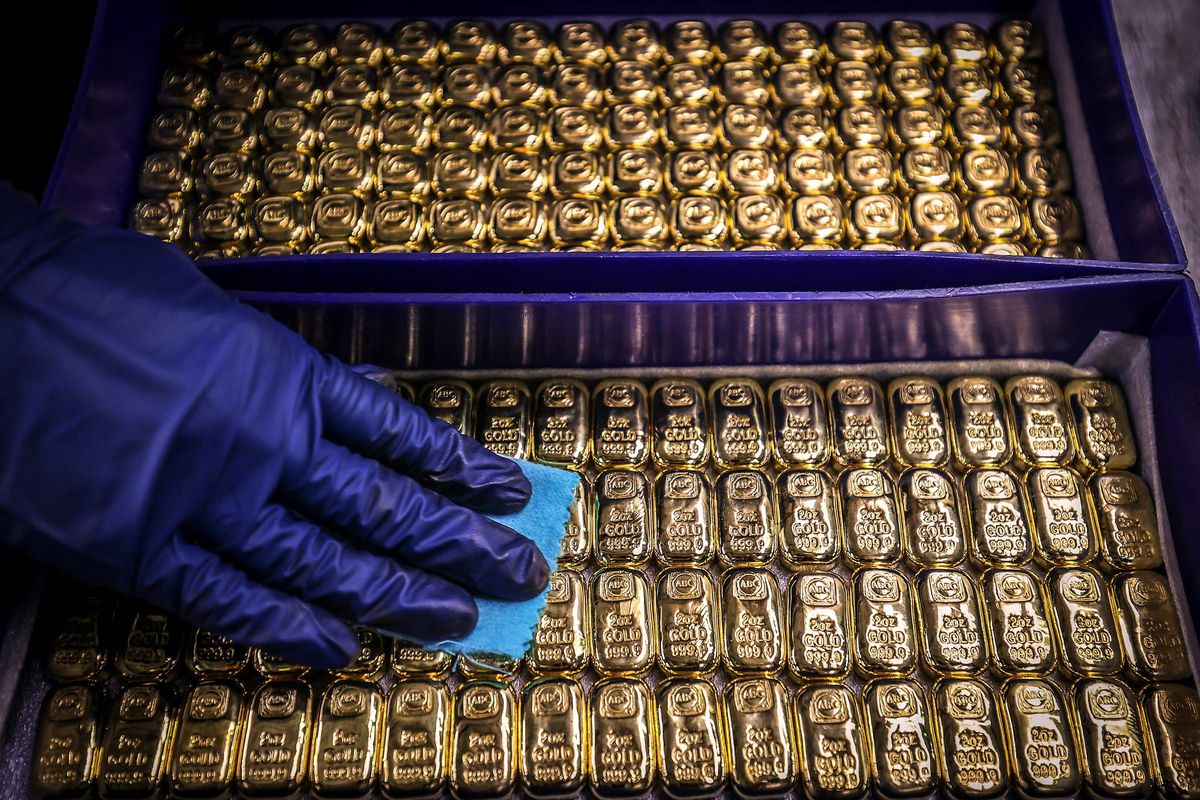 All of the enthusiasm surrounding COVID-19 vaccines has left little room for pessimism, and by extension, assets that tend to feed on turmoil.

After hitting a record high of about US$2,075 an ounce back in August, gold is now deep in correction territory, having given back more than 40 per cent of its gains on the year.

TSX-listed gold mining stocks, meanwhile, have collectively slipped into a bear market, and gold ETF flows have turned sharply negative in recent weeks after attracting incredible sums of money for most of the year.

But some say an end to the pandemic need not spell the end of the gold bull market.

“We believe gold is in a transition phase; no longer a hedge for global turmoil and slowly becoming a hedge against reflation,” Craig Basinger, chief investment officer at Richardson GMP, wrote in a recent report.

“This transition is not smooth but should set the stage for gold’s next move higher.”

For a while there, gold had everything going for it. As the global spread of COVID-19 infections threatened to decimate the global economy, policy makers marshalled previously unthinkable levels of stimulus. Crisis control on a global scale ushered in a host of forces that are positive for gold – rock-bottom interest rates, soaring levels of public debt, a weak U.S. dollar and extreme levels of financial market volatility.

“This year was a perfect environment for gold amid a bear market, pandemic, political uncertainty – the list goes on,” Mr. Basinger said.

Investors big and small plowed money into gold bullion and gold equities. Exchange-traded funds backed by gold accounted for nearly half of global gold demand in the first half of the year.

The turning point for gold came in August, as investor sentiment began to improve and the stock market rally gathered momentum.

The sell-off in gold accelerated in November, first over the outcome of the U.S. presidential election, and also as a result of overwhelmingly positive news surrounding vaccines from several drug makers. The efficacy and timeline of COVID-19 vaccines matched or even exceeded what were widely thought to be best-case scenarios, paving the way for a global vaccination effort.

Last week, the price per ounce of gold dropped below US$1,850. “That now leaves gold at risk of extending its decline until at least the US$1,800-per-ounce level ahead of a firmer floor emerging at US$1,700,” Shaun Osborne, chief FX strategist at Bank of Nova Scotia, wrote in a note.

Gold bulls, however, believe this is just a pause – a technical correction within a bull market that will resume in 2021, for one big reason: inflation.

While governments are frantically planning vaccine distribution programs, mass immunization may not be achieved until late next year.

And until that happens, governments and central banks will be hard-pressed to reduce the level of stimulus being pumped into the economy and financial system.

“We’ve still got to get through the next year,” said Ross Healy, the chairman of Toronto-based research firm Strategic Analysis Corp.

“There’s going to be continual fiscal and monetary pressures to keep the economy from going into the ditch.”

Investor sentiment right now is more preoccupied with the deflationary effects of the pandemic, Mr. Basinger said. But all of that stimulus is inherently inflationary. And gold is generally seen as an effective hedge against inflation.

For that very reason, Goldman Sachs put a 2021 price target on gold of US$2,300 an ounce, according to a report last month.

“In this cycle, we believe the gold market, at least initially, is likely to follow the same path as after the Great Financial Crisis [of 2008] and grow strongly into the recovery phase of the business cycle as inflation concerns become central to the forecast,” Goldman analysts said.