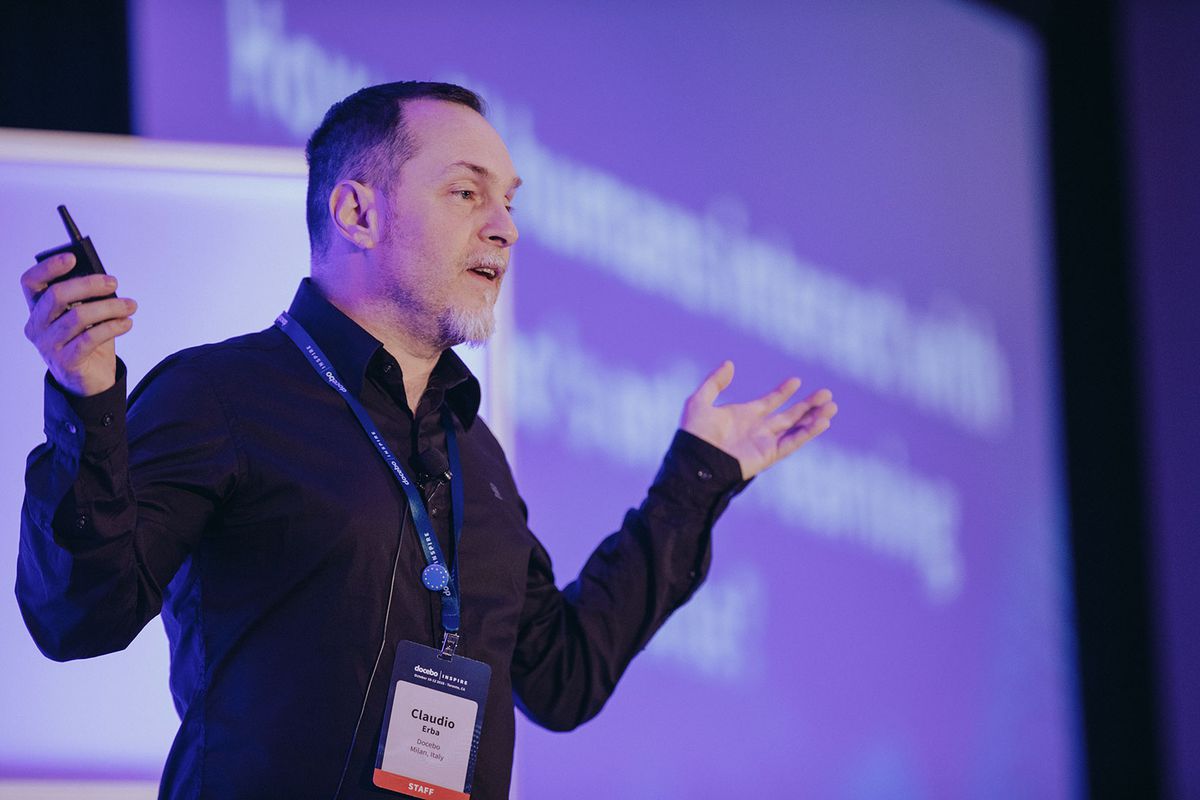 Stock in Canadian employee-training software provider Docebo Inc. was trading higher late Monday for the third straight day as the company completed its well-received initial public offering in the US.

The company – which is managed by CEO Claudio Erba and largely staffed out of northern Italy but headquartered and domiciled in Toronto – raised US$165-million in gross proceeds selling 3.45-million shares at US$48 per share on the Nasdaq. That includes 450,000 shares that Docebo’s 10-bank underwriting syndicate, led by  Morgan Stanley, Goldman Sachs and Canaccord Genuity, had the option to buy, and which they exercised.

Docebo had planned to sell US$125-million in the offering, announced last week, but increased the size of the offering to US$144-million, excluding the underwriters’ option, in the face of brisk demand. The stock began trading last Wednesday on Nasdaq, and was changing hands in late afternoon trading at about US$51.50, up nearly 3 per cent on the day.

Docebo went public on the Toronto Stock Exchange in October 2019 at $16 a share. Its shares languished around the issue price for four months – then fall by 40 per cent as the pandemic spread in March.

Since then, however, global investor interest in companies that conduct their business over the internet has led to soaring stock prices for many tech stocks, including Docebo’s. Since hitting a low of $10.30 on March 18, the stock has increased more than six-fold and the company’s quarterly results have impressed analysts.

That has left majority shareholder and chairman Jason Chapnik sitting on a stake in Docebo worth more than $1.1-billion through his holding company Intercap.

Docebo provides cloud-based software-as-a-service learning platforms to train external work forces. The company has 2,000-plus customers, including Walmart Inc., Thomson Reuters Corp, L’Oreal SA and Amazon Web Services Inc. It booked US$16.1-million in revenue in the third quarter ended Sept 30, up 52 per cent from the same period a year earlier. The company’s average contract value in the quarter increased by 24.8 per cent to $32,000 year-over year.