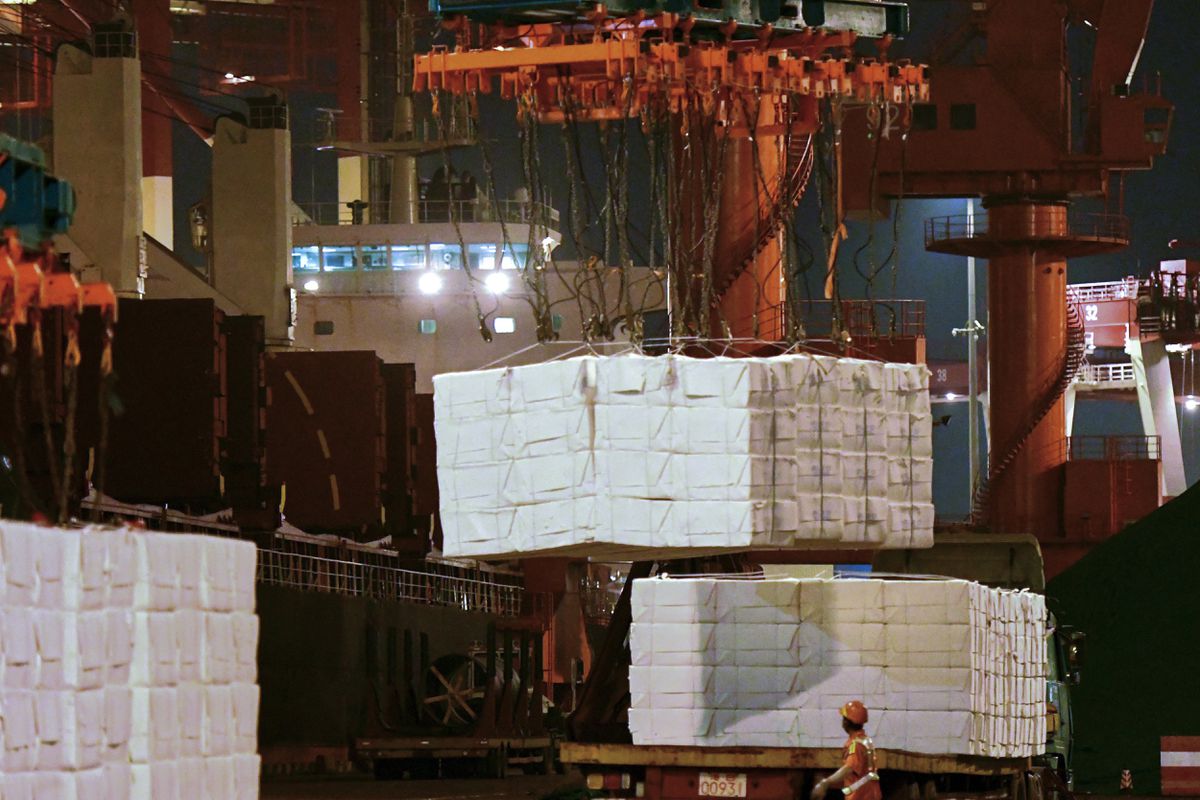 Exports to the United States rose 46% despite lingering tariff hikes in a trade war with Washington, customs data showed Monday.

Chinese exporters have benefited from the economy’s relatively early reopening after the Communist Party declared the coronavirus pandemic under control in March while foreign competitors still are hampered by anti-disease controls.

“Exports were much stronger than expected in November,” said Julian Evans-Pritchard of Capital Economics in a report.

Forecasters say that surge is unlikely to last into 2021 once coronavirus vaccines are rolled out.

“We expect export performance to be less impressive,” said Louis Kuijs of Oxford Economics in a report.

China’s global trade surplus for the first 11 months of 2020 is $460 billion, up 21.4% from this time last year, already one of the highest ever recorded.

Beijing promised to buy more American soybeans, natural gas and other exports as part of the “Phase 1” agreement signed in January and aimed at ending a costly tariff battle over Chinese technology ambitions. China fell behind on meeting those commitments earlier in the year but is catching up as demand rebounds.

The two governments agreed to postpone further planned tariff hikes on each other’s goods but most penalties already imposed on billions of dollars of imports stayed in place.

Chinese imports are growing faster by volume than by value because demand has been chilled by the shutdown of travel and industry, driving prices lower.

China is on track to become the only major economy to grow this year while activity in the United States, Europe and Japan falls.

China’s economy shrank by 6.8% from a year earlier in the first three months of 2020 after factories, shops and offices were shut down to fight the virus. Growth rebounded to 3.2% in the second quarter and accelerated to 4.9% in the three months ending in September.

Automakers and other large manufacturers are back to normal activity, helping to drive demand for imported iron ore, copper and other raw materials. Retail sales are back above pre-virus levels and rose 4.3% over a year earlier in October.