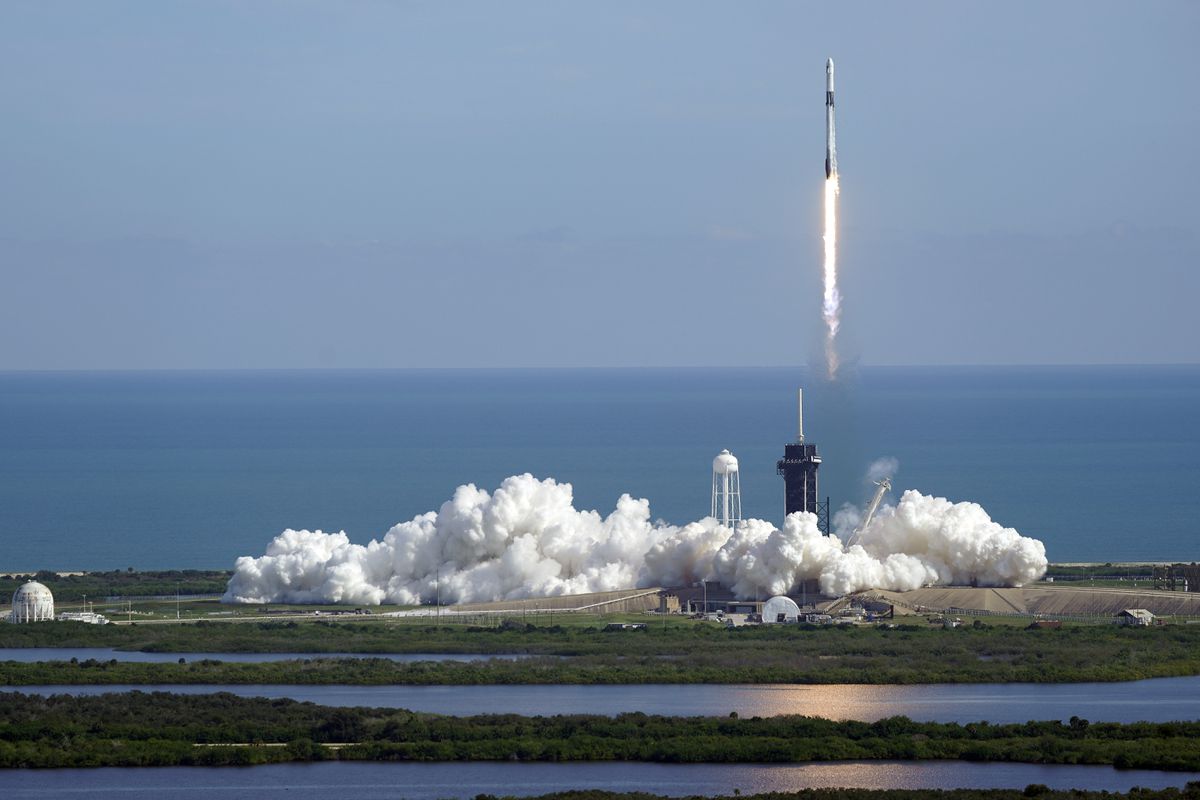 SpaceX launched a newer, bigger version of its Dragon supply ship to the International Space Station on Sunday, marking the first time the company has two capsules in orbit at the same time.

The Dragon – packed with Christmas treats and presents – should reach the space station on Monday, joining the Dragon that delivered four astronauts last month.

With NASA’s commercial crew program officially under way, SpaceX expects to always have at least one Dragon capsule at the space station.

SpaceX’s Falcon 9 rocket blasted off with the latest Dragon from NASA’s Kennedy Space Center, where coronavirus precautions kept staff to a minimum. The first-stage booster – making its fourth flight – landed on an ocean platform several minutes after the late-morning liftoff. It was first used back in May for the first astronaut launch by Elon Musk’s company.

The 6,400-pound (2,900-kilogram) shipment includes billions of microbes and crushed asteroid samples for a biomining study, a new medical device to provide rapid blood test results for astronauts in space, and a privately owned and operated chamber to move experiments as big as refrigerators outside the orbiting lab. Forty mice also are flying for bone and eye studies, two areas of weaknesses for astronauts during long space stays.

Todd said all this research is “the ultimate Christmas present” for NASA astronaut Kate Rubins, a virus hunter who performed the first DNA sequencing in space a few years ago.

As for more personal presents for the four Americans, two Russians and one Japanese on board, “I don’t like to get out in front of Santa Claus. I fear it might mess up my own Christmas,” Todd said late last week. “Let’s see what happens when they open the hatch … I’m optimistic.”

The station crew watched a live broadcast of the launch, from 250 miles (400 kilometres) up.

This updated cargo-carrying model – as large as the SpaceX crew capsule – will dock to the orbiting lab by itself. Previous SpaceX cargo ships needed the station’s robot arm for anchoring.

The capsule will remain at the space station for about a month as usual before undocking with experiments and old equipment, and splashing into the Atlantic. That’s another change from SpaceX’s older cargo ships, which parachuted into the Pacific. Returning closer to Cape Canaveral will save recycling time.

This is SpaceX’s 21st station supply run for NASA since 2012. The flight was delayed a day by rough weather in the booster-recovery area offshore. This was the 68th successful booster landing by SpaceX.