Once again, irrational exuberance is buoying the markets 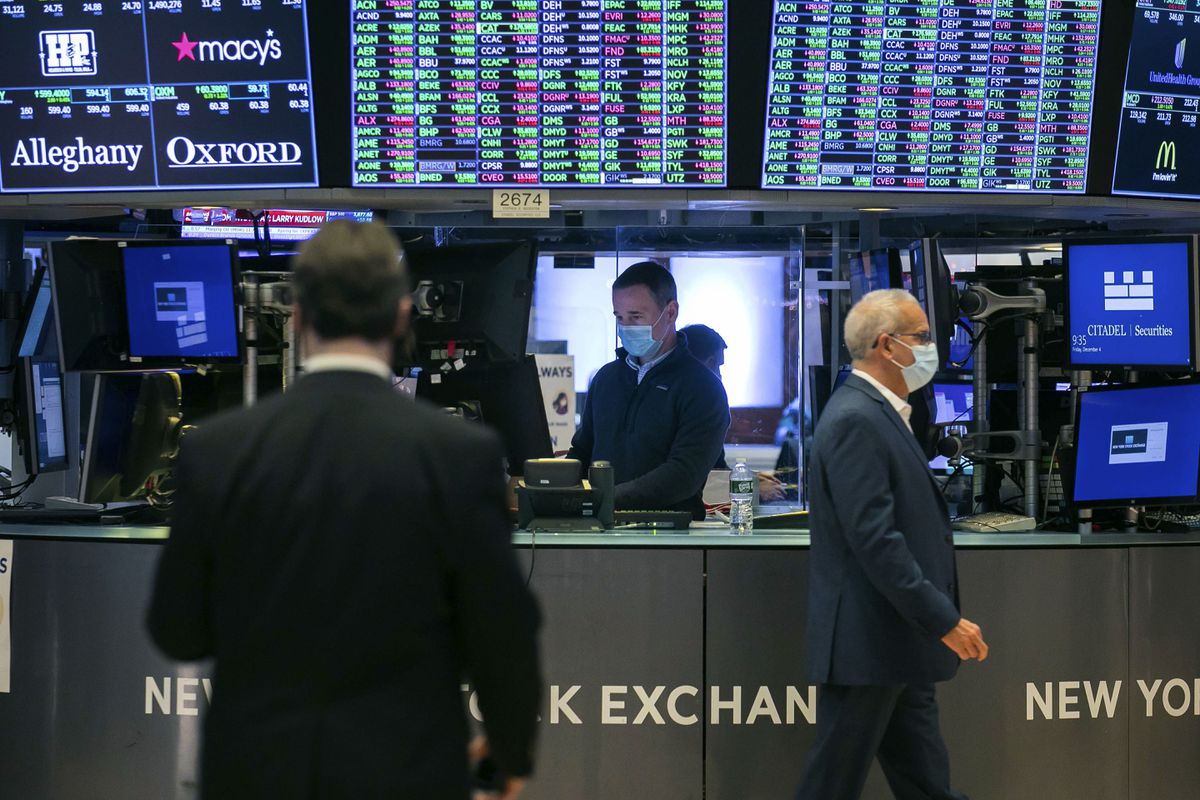 Only eight months after tumbling into a virus-ridden funk, Canadian and U.S. stocks are once again roaring with optimism. So is just about every other type of investable asset, from bitcoin to copper ingots to Peruvian bonds.

The exuberance sweeping across markets rests on two factors. One is a flurry of good news around vaccines, which has spurred hopes the pandemic will be history by the end of next year. The other is merry-making by central banks. Not only have policy makers at the Bank of Canada and the U.S. Federal Reserve dragged interest rates toward zero, they have also promised to hold them there for an extended period.

For many investors, the prospect of an imminent end to lockdowns, combined with a long patch of ultralow interest rates, add up to an overwhelming argument for loading up on risky assets.

For others, though, the current buying frenzy offers a case study in the madness of crowds. The hot debate on Bay Street and Wall Street is about how much of the current boom is based on high hope and how much is based on logical calculation.

The bulls have found a surprising ally in Robert Shiller, a leading connoisseur of market giddiness. Over the past two decades, the Nobel-winning economist has issued prescient warnings about both the dot-com mania and the U.S. housing bubble.

But right now? He doesn’t see a bubble. In fact, the author of Irrational Exuberance, an investment classic published back in 2000, argues stock prices make sense given the exceptionally low interest rates that prevail across the developed world.

“Stock market valuations may not be as absurd as some people think,” Mr. Shiller wrote this week.

Others beg to differ. Jeremy Grantham, co-founder of money manager GMO LLC in Boston, has a distinguished history of spotting bubbles early on and profiting when they pop. He says markets are now in a late-bubble “melt-up” phase similar to the biggest bubbles of the past century, in 1929 and 1999.

Michael Hartnett, chief investment strategist at Bank of America, also urges caution. Stocks are approaching a “full bull” frenzy, he warns, and could stumble on any disappointment. He suggests investors start edging out of equities.

John Hussman, an economist and founder of Hussman Funds, has a blunter take on the same message. A long-time skeptic of the market’s gains following the financial crisis, he argues U.S. stocks have reached absurd valuations and are now poised to incinerate investors’ money over the decade ahead.

The culprit, he says, are the low interest rate policies imposed by central banks. “Investors have become so intolerant of the frying pan of zero interest rates that they’re now only too willing to launch themselves into the fire,” he wrote in a note this week.

At the moment, bearish warnings are falling on deaf ears. Global stocks, as measured by the MSCI All-Country World Index, enjoyed their best month on record in November.

The surge shows no signs of slacking. This past week, prices for iron ore and copper touched seven-year highs, while bitcoin rose to a new record and both the S&P 500 and Nasdaq stock indexes closed at their loftiest levels ever.

Investors are seeing value just about everywhere – even in Peru, a country beset by political chaos. Despite cycling through three presidents during an eight-day patch in November, the Peruvian government was still able to peddle a US$1-billion issue of 100-year bonds to international investors this past month.

The bonds, which pay in U.S. dollars, were sold at a yield of only 3.3 per cent. That may not seem like much of a payoff considering the risks involved with tying up money in an unstable country for a century to come, but the meagre yield seemed to pose no problem for prospective investors.

It was all a matter of relative value. The Peruvian debt offered buyers the opportunity to pick up an extra 1.7 percentage points in interest compared with the nearest U.S. Treasury alternative. In a low-rate world, even a tiny comparative advantage amounts to a big deal.

Similar logic is behind Mr. Shiller’s surprising bullishness regarding stocks.

The Yale professor is famous for helping to invent the cyclically adjusted price-to-earnings ratio. Despite its intimidating jumble of a name, CAPE rests on a simple notion – that the stock market should be valued not just on a single year of earnings but on the average real value of its earnings over the previous decade. In short, CAPE compares the stock market with its long-run earnings power.

At the moment, CAPE indicates the U.S. stock market is at wildly expensive levels, similar to the frothy heights it reached in 1929 and 1999 before crashing. However, in his recent work Mr. Shiller recommends looking deeper, to take account of the exceptionally low interest rates on offer today.

He suggests inverting the CAPE to create an estimate of the stock market’s earnings yield, then comparing this yield to the payout that is available from long-term government bonds. This calculation generates what he calls the Excess CAPE Yield, or ECY.

Investors can think of ECY as a gauge of how much more attractive stocks are than bonds at any given moment. Right now, because of unusually low interest rates, stocks in most countries are very appealing, Mr. Shiller says. By his numbers, “the only other time ECYs were this high using our global data was in the early 1980s” – a great time to have invested in stocks.

Not everyone buys this new Shillerian logic. Mr. Hussman and other bears argue that interest rates are low for good reason. Rock-bottom rates reflect expectations for slow economic growth over the years ahead. Given the still rampaging coronavirus and the lacklustre outlook for long-term growth, only fools would choose the current moment to load up on expensive stocks, the skeptics say.

The one thing that is clear in this heated debate is how delicately expectations are balanced. Mr. Shiller has a point when he says bonds are unappealing at their current yields. On the other hand, if interest rates were to bounce higher on the back of higher inflation or better-than-expected growth, much of the rationale supporting today’s high stock prices would disappear.

To put that another way, the market’s exuberance may be rational, but it is also precarious. Investors may want to keep that in mind.